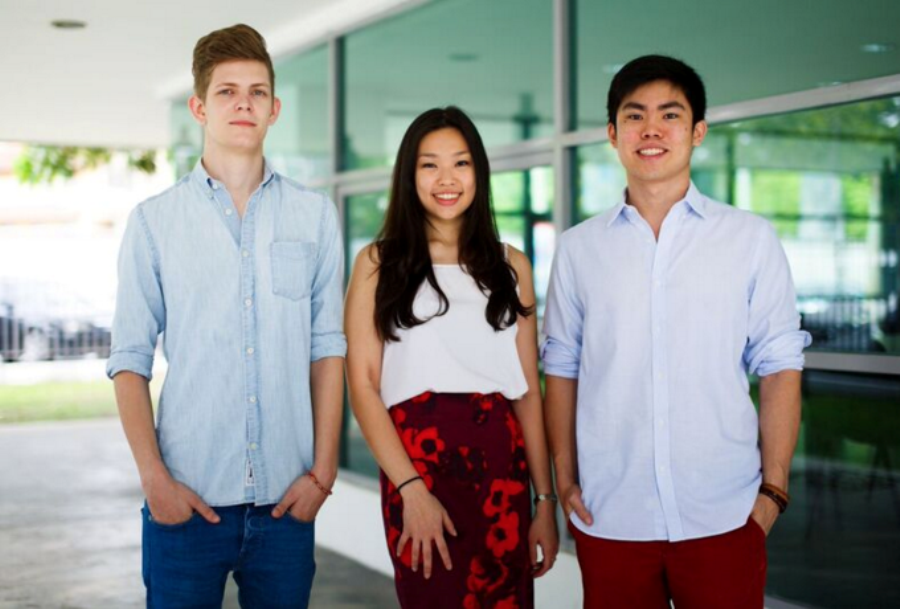 “If a person has only seen one style, that’s their style. If a person has been exposed to many different styles, they get to redefine their own style and find what works for them,” said the founder of Shoppr, Kendrick Wong.

“Fashion is subjective and you have to feel good in what you wear. Your style will change as you age. Shoppr’s role is to help individuals identify what that is and that is why we feature a range of styles from grunge, preppy to sporty, etc. The outfits featured in the app aren’t meant to be a directive on what to wear, but Shoppr wants to be able to deliver clothing recommendations even before someone realises they want something.”

Shoppr is a mobile app available on both iOS and Android that assists people who have a keen interest in fashion to keep up with the latest OOTDs (Outfit Of The Day) from fashion trendsetters. The app also assists them by recommending similar versions of each outfit that they can then purchase from their partner stores.

Initially, Shoppr provided this functionality in a very Tinder-esque fashion but once they realised that users were interested in following the fashion of popular trendsetters, and that they were asking similar questions about styling certain outfits, Shoppr’s team retooled the entire experience. They made this shift by redesigning the discover feed to be more content focused.

This pivotal change now enables users to find similar items related to fashion trendsetter more easily. Now, three recommendations immediately appear under each outfit and if a user clicks through, Shoppr will return additional recommendations to quench their thirst for more options.

Content consumers on the other hand, are looking for outfit ideas, to see what others in the community are wearing, and to be in the know regarding the latest trends, styles and looks. “They may not be ready to create content yet, but our hopes are to empower every girl using Shoppr to become more confident in their fashion choices and to eventually become a content creator.”

A Look Under The App

Behind the scenes, Shoppr’s fashion recognition algorithm also looks at different outfits and determines its shape, category, colour, texture, size and brand, among other factors and returns similar items from their extensive product catalog. He mentioned, “Our product catalog is currently comprised of over 200 of the most popular retailers, e-tailers, and blog shops in Southeast Asia. We feature products from H&M, Mango, Zara, Zalora, FashionValet, LoveBonito and ASOS to name a few.”

Given that their product catalog currently focuses on fast fashion brands, it’s imperative that they continue communicating trends and styles to their users. Kendrick also mentioned that they are enabling users to utilise Shoppr’s technology to identify the latest trends and also to easily shop for items through the app by featuring styles and looks from influential bloggers and the everyday fashionable girl.

Even though their proprietary technology enables users to purchase fashionable and relevant clothing, Kendrick did note that most of the purchasing still occurs offline.

Along with making such UI/UX and algorithmic changes in 2015, the team also introduced in-app magazine content that features celebrities, notable fashionistas, and outfit ideas from the latest fashion trends, in order to keep people up to date with their favourite trendsetters—thus making their value proposition more obvious than before while aligning themselves with the future of the fashion industry.

The Shoppr team told Vulcan Post that the future of their industry lies in content ownership, and they’re essentially working towards establishing themselves as the go-to fashion inspiration and shopping platform in Southeast Asia by blending both the online and offline window-shopping experiences together.

Kendrick also said, “It was a complete change to the original experience we launched, so we had to re-educate our user base. And we had the expected influx of bugs, but our loyal users seem to have forgiven us as we communicate with them closely,” in regards to the challenges they faced during their transition. They continue to talk to their users almost on a daily basis in order to continually maximise the value Shoppr provides to their customers and partners.

Maintaining A Strong And Balanced Community

Given Kendrick’s interest in behavioural economics and pattern recognition, he believes that fashion trendsetters definitely play a major role in influencing today’s trends and designs. Especially since fast fashion these days is all about winning on social media and influencers constantly compete amongst themselves to dominate this space. In today’s world, influencers take on the social responsibility of telling us what’s hot and what’s not, and in a way are able to either make or break a product’s life cycle.

“That’s why more and more brands are collaborating with influencers to be their brand ambassadors because their word of mouth contributes to 20% of purchasing decisions and consumers are willing to listen to these individuals,” he added.

Honestly, there’s nothing new with this trend especially when it comes down to the their choice of fashion. For example, Malcolm Gladwell outlines the sudden popularisation of Hush Puppies simply because a couple of kids began wearing them, in his book named The Tipping Point.

While the intent of today’s influencers is much more definite and in some cases borderline forceful, platforms like Shoppr enable influencers to grow their reach and trust, thus making them an even more credible force in the industry. “We work alongside several up-and-coming fashion influencers to increase their viewership, recognition and brand identity. A few influencers we have worked with include Ofiellia Khan, Love Lumi and Mina Rosli,” he claimed.

In order to ensure that their trendsetters and influencers continue to have more engagement, they offer opportunities for them to interact with their fan base by running campaigns such as Ask Me Anything sessions (AMAs) with the likes of Jessica Chaw, Megan Tan and Jxhia Wong, or by helping them offer giveaways.

Nonetheless, community is still a strong aspect of their app and they continue to enable interaction between the trendsetters and their users by providing them with functionality that enables them to like and comment on posts.

Also Read
From Bootstrapping To A 3 Million Valuation In 3 Years – How This M’sian Startup Did It
Categories: Lifestyle, Tech For Ladies, Online Shopper, Serial App User, Entrepreneur, Malaysian, Editor's Picks