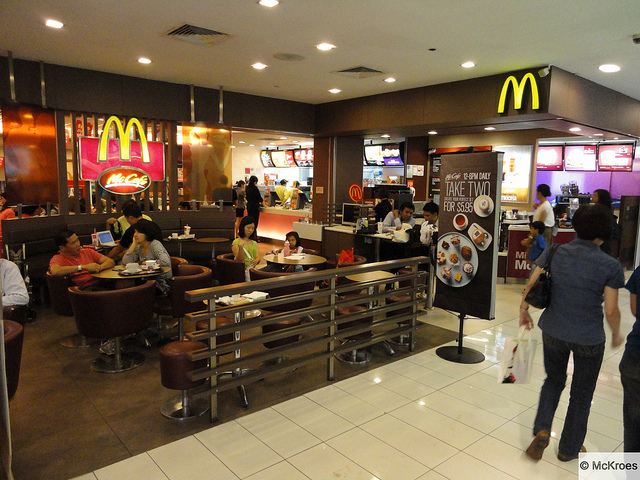 LINE is on a roll with another collaboration but this time, with world’s biggest fast food chain: McDonald’s.

McDonald’s Singapore has jumped on the LINE bandwagon. With their newly created official account, the company has garnered a whopping 100,000 subscribers since its launch on the 9th of December.

And what a way to celebrate this collaboration by rewarding its loyal followers with free vanilla cones (though McSpicys don’t sound too bad either) as well as a Singapore-themed sticker set to bring in the new year.

200,000 Vanilla Cones will be given out from December 15, 2014 to January 31, 2015 while the exclusive LINE x McDonald’s sticker set is available for download at LINE Sticker shop until February 7, 2015 and will be valid for 90 days after download.

To redeem the freebies, users can simply add @mcdonaldssingapore on LINE and type “I Love McD SG” to redeem their LINE coupon.

Although the coupon will only be available to the first 200,000 users, McDonald’s lovers can still turn to their McDonald’s Surprise Alarm app.

Also Read
Sugar App shows you nearby interesting deals, even lets you bring the price down

Adding on to the surprises

The app that launched early this March has proved to be wildly successful with more than 6 million “surprises” given out and over 500,000 downloads.

The app serves not only as a basket of daily surprises but also as a utility app for its users. Acting as both an alarm and a place to reward customers with freebies, it is not only offering food and drinks but also giving its users free music downloads from music partner, Sony.

Although the surprises are limited to one surprise alarm sound and one surprise item a day, users no longer have to wake up to boring alarm sounds and gloomy days ahead knowing they can claim their daily surprise from McDonald’s Surprise App and LINE promos.

Whether it is a free cup of coffee or an apple pie or even a song to get you through the day, McDonald’s are definitely gaining momentum and popularity with its new collaboration with LINE and its Surprise Alarm App.