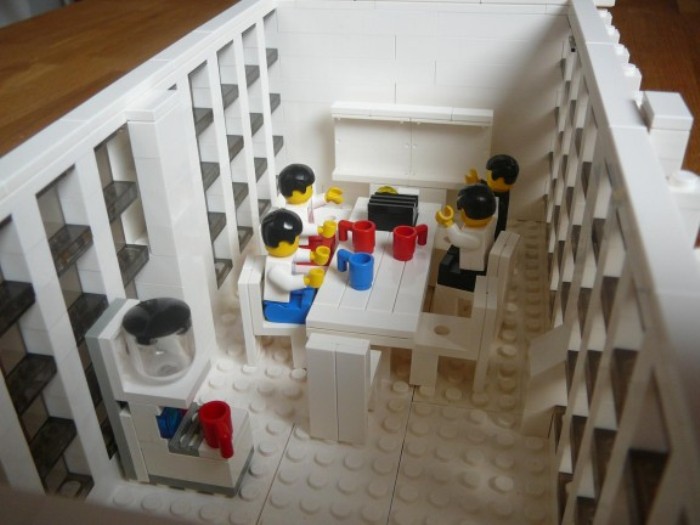 Welcome to the “CEO Series”. Here, we talk about how entrepreneurs learn to become great CEOs, as the greatest technology companies in history, most often than not, are led by people like them.

It’s a well-known fact that a well-run board of directors formed by the right members will be of great value to newly established companies.

But what is the perfect structure for a Board of Directors? Sam Altman, the president of Y-Combinator; and Fred Wilson, the co-founder of Union Square Ventures share their experiences.

In his article “Board Members”, Sam Altman said:

Whereas Fred Wilson mentioned in “The Perfect Board”:

Of course, these conclusions draw from years of investing experience, but instead following them blindly, one should first understand the rationale behind it.

1. A newly formed board almost never decides on matters through voting

In theory, a board of directors is a democratic organization that adheres to the principle of “one person, one vote” and “majority wins”. But in practice, voting rarely happens, and it is true especially for the board of newly established companies. Being defined as “newly established”, these companies are the ones that relatively lack resources.

Therefore, the team members, the shareholders and the board members, have to strive together for the company to reach the goals, only then will the company stand a chance to beat the top players. If the board members of a newly established company cannot reach consensus on major plannings and operations until they vote for it, it’s likely that this company will not succeed.

2. The number of board seats taken by members of the founder team does not make much difference in practice

Since the board rarely votes, and co-founders usually attend meetings too, so whether the management team take a single seat or more would not bring much difference in practice.

3. The value of independent board member

I have seen what these people in the board can do to the companies that AppWorks invested in. The greatest advantage of having these outsiders is that they don’t have vested interests, and so they become the most suitable persons to work out short-term, medium-term, as well as long-term planning for the company, just for the sake of it.

Independents who have firm foundations in the fundamentals of business operations, have relevant experiences in the business, or have widely expanded investment reach could even be able to tell other people the blind spot that he sees whenever critical moments come. My experience tells me that an “older CEO” or a “peer CEO” are especially good choices for independents in a newly established company.

Besides that, those who are involved in many investment projects are also quite a good choice for a company in its early stages. Good independents are also the best way in balancing the investors, and the team will not have to worry about being the minority in terms of board seat.

No matter how good the members of the board are, they are still just human beings. They face limitations in terms of information, knowledge and memory. A good management team would put in sufficient efforts to help ease new board members into the position. Be it informing those who just joined the company about company history and other relevant information, or reviewing the meetings that took place previously at the beginning of every meeting, are all very important tasks.

5. Focus the discussion on planning

So you finally manage to form the board and meetings begin to take place. It would be such a waste, if you spend all your time analysing and reviewing the figures. Board members aren’t your deputy Chief Operating Officer. The best thing they can offer is not any specifc details on the operation, but on planning for the company. Again, the best way to run a meeting is to send everyone prepared slides on the meeting’s agenda 3 or 5 days before, and in the meeting, use 15 to 30 minutes to cover the essentials, the Q & A, and then move on to discussing the plannings for the months, seasons and years to come.

Finally, if you want every board members to function, besides meetings, it is also very important to build up trust and solidarity among members of this group of people. Whenever meetings are done for the season, if it is possible, try to get everybody together for a dinner – while enjoying the food and company, you could discuss many soft topics that would not have been covered in the formal meetings.

This article is originally written by Jamie Lin, a well-published author based in Taiwan. The article is translated from Chinese by Loh Sin Yee and is reproduced here with permission. Images were added into the article for visual purposes.

Also Read
[CEO Series] If You’ve These Traits In School, Maybe You Should Be An Entrepreneur
Categories: Opinions, Entrepreneur, CEO Series