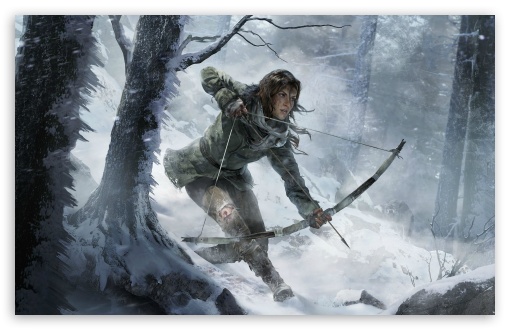 2014 was a remarkable year for gaming, as steady streams of quality games were released each month to whet our gaming appetite. With our gaming backlogs growing at a steady pace, more games keep being announced, faster than we can finish them. Having said that, let’s take a look at what the year ahead has to offer as we welcome 2015 with open arms.

Set after the events of Metal Gear Solid V: Ground Zeroes, The Phantom Pain is based on mercenary leader Venom Snake as he seeks revenge against the people who destroyed his forces. Players will assume the role of Naked Snake (or Big Boss to series regulars) in what promises to be a very open ended Metal Gear Solid game. Konami has confirmed this to be true as The Phantom Pain will be 200 times bigger than Ground Zeroes making the game a true sandbox experience. The option to transfer over your Ground Zeroes save file is also being implemented as doing so will grant players special perks.

In what is arguably one of the most anticipated titles of the year, Uncharted 4 will center on Nathan Drake who retired as a fortune hunter and will embark on a journey across the globe in search of a historical conspiracy behind a fabled pirate treasure. Naughty Dog has described the game’s plot as Nathans greatest yet, and will test his physical limits, his resolve, and ultimately what he’s willing to sacrifice in order to save his loved ones. It remains to be seen whether Naughty Dog can further push themselves to deliver a riveting, no-holds-barred adventure that will elevate the series to new heights or fall short of expectations.

The Order: 1886 introduces players to a reimagined setting of the Victorian era that sees man using highly advanced weaponry to face off against a strong and ancient enemy. As Galahad, a member  of an elite order of Knights, players will be in the thick of the action in a centuries-old war against overwhelming forces that will alter the course of history. It is interesting to see if Ready at Dawn, the developers behind Daxter and the God of War games on the PSP can pull off their very first console game.

2015 already looks to be the year of the PS4 doesn’t it? Developed by the creators of Demon’s Souls and Dark Souls, extremely punishing games that test not only your mental fortitude but also all your skills, Bloodborne looks to continue that trend. Expect many deaths, curses to be uttered, fist pumps to be raised as the game’s release date draws ever closer.

Rise of the Tomb Raider

Much to the dismay of Tomb Raider fans across the world, the game is sadly a Xbox exclusive. Microsoft was smart, albeit devious in securing exclusive rights to the game as its their answer to Sony’s trump card, Uncharted 4. Rise of the Tomb Raider will be centered on a more battle ready Lara Croft as she embarks on another adventure. Series fans can rest easy as tombs will not only be more vast but also that much tougher to solve.

Also Read
Top 5 Free Android Games For ANY Smartphone, Even Low-End Ones!

Platform: PC, PlayStation 4 and Xbox One

Fatalities, gore and blood gushing out from every pore. Expect the no-holds-barred fighter to never look better on next-gen consoles. With the game running at 1080p and 60 frames per second, graphics will look extra crisp and smooth. If that wasn’t enough NetherRealm Studios are hard at work to deliver the most brutal Fatalities for Mortal Kombat.

Set in between the events of Resident Evil 5 & 6, the game will be centered on Claire Redfield, who makes her long awaited return and Moira Burton, Barry Burton’s daughter as they have unwittingly found themselves trapped on board a ship. The game will be separated into 4 “bite-sized” chunks which will slowly unravel the mysteries behind their capture, who is behind it all and bring it to a close. To make things even better, Barry Burton will be another playable character which coincides nicely as he is thrust into a mission to save his daughter.

CD PROJEKT RED, the game’s developer has said that players don’t need to play the previous Witcher games to enjoy Wild Hunt as it will be a standalone experience. Players who have never heard of Geralt will understand what is happening as the story is crafted in such a way that newcomers won’t be left scratching their heads with what’s unfolding on screen. With a setting that is “30 times larger” than past Witcher games, you will be in for a treat as every inch of the environment just begs to be explored.

The Legend of Zelda

If you thought the world of Hyrule looked great before, you will be amazed with the latest installment in the Zelda series as The Legend of Zelda will be the first to feature high-definition graphics. With lush greenery and expansive environments, Hyrule is given a much needed facelift.

Rocksteady Studios is once again under the helm, doing what they do best; making a kickass Batman game. After the underwhelming Batman: Arkham Origins, fans can rest easy knowing that the game is in good hands. Set one year after the events of Batman: Arkham City, the game centers on Batman who is at the height of his powers, as he faces off against the Scarecrow as he plots his revenge against the Dark Knight. In a move that will send many Batman fans into overdrive, the Batmobile will be driveable. June can’t come soon enough!

So there you have it, ten games of 2015 in which we are looking forward to. Feel free to sound off in the comments below with your choices, respectful disagreements or if you have any questions.

Also Read
A Gamer’s Look Back On 2014 And The Top 10 Games It Had To Offer
Categories: Entertainment, Geek, Gamer, Opinions