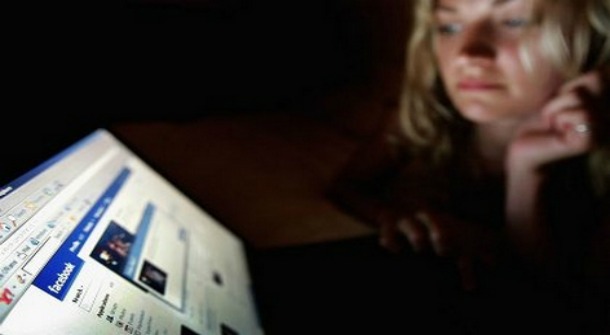 What started off as an optimistic and nostalgic way to end the year has led to a heart-wrenching turn of events. Facebook’s ‘Year In Review’ feature has been met with mixed reviews, with some happily posting their wrap-up slideshow for their friends to see, while others feel uncomfortable with their hyper level of sharing.

He took to his blog to write about his experience about the ‘Year In Review’, which was as always marketed to Facebook users on the top of their timeline. The photo they chose, however, was that of his daughter, who had recently died this year.

A Year In Grief

After Meyer shared his story, many others began to share their own stories of grief, and how the Facebook’s ‘Year In Review’ has affected them by acting as a painful trigger for their bad memories. While some picked out pictures of loved ones that they had lost, others picked pictures that were simply painful and sad to look at – definitely not the reminder you would want for a year-end wrap up.

@katz @mattdpearce my Facebook Year in Review started with a wedding and ended with four obituaries I had written on dead friends.

This is the photo Facebook picked out—my dead father’s ashes—just to confirm my previous “year in review” tweet. pic.twitter.com/7wmx7SCUUz

So my (beloved!) ex-boyfriend’s apartment caught fire this year, which was very sad, but Facebook made it worth it. pic.twitter.com/AvU8ifazXa — Julieanne Smolinski (@BoobsRadley) December 29, 2014

Facebook has announced that Jonathan Gheller, product manager at Facebook, has stepped forward to apologise to Meyer personally. Facebook released a statement to Washington Post to say that they are very sorry for the pain the preview features has caused Meyer.

“[The app] was awesome for a lot of people, but clearly in this case we brought him grief rather than joy,” Gheller told the Washington Post.

Heartless Or A Design Flaw?

While the Year In Review had a negative effect on Facebook users, we can’t entirely blame Facebook. It is a new product, and while the humans that created it do have emotions and feelings, the technology that its built on certainly doesn’t.

However, Katz’ experience certainly brings to question why posts that have negative language were included in the selection. The technology that recognises ‘positive’ and ‘negative’ words have been around a lot, and are definitely known to Facebook – if this is a design flaw, then it is a pretty major one that has slipped under many social media experts noses.

In response to the backlash that the app has generated, with many people criticising Facebook as being heartless and inconsiderate, Meyer actually stepped up to defend, and even apologise, to Facebook.

“But I am very sorry that I dropped the Internet on (Gheller’s) head for Christmas,” said Meyer. “He and his team didn’t deserve it.”

“Yes, their design failed to handle situations like mine, but in that, they’re hardly alone.  This happens all the time, all over the web, in every imaginable context.  Taking worst-case scenarios into account is something that web design does poorly, and usually not at all. ”

Whether it is a design flaw or a flaw of the Facebook team, it’s safe to say ‘Year In Review’ has taken a huge hit from this incident. But like any other thing from the end-of-year wrap up, Facebook will probably take this issue in their stride, learn from it, and try again next year.