Twitter Wants To Update You, Even While You’re Away 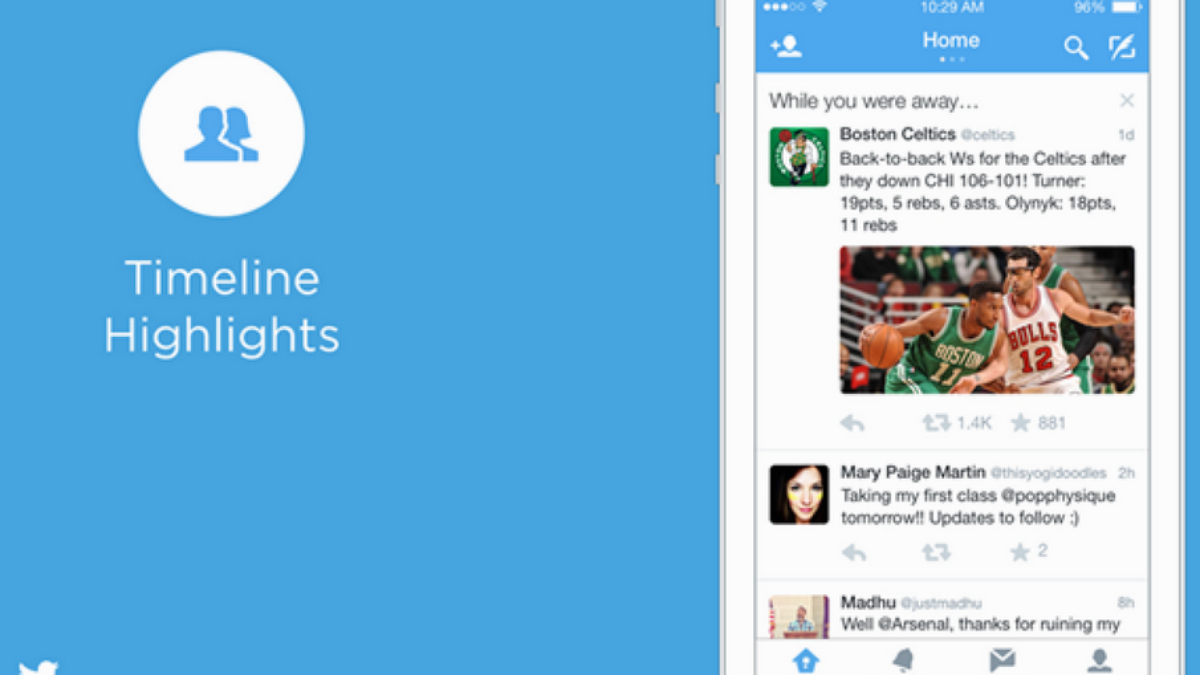 If you habitually scroll through Twitter on your iPhone, you may have noticed the words ‘While you were away’ stamped across the top of your homepage. This new feature is built upon an algorithmically-derived system of who you follow and what you engage with, and is reminiscent of Facebook’s Top Stories feature. It’s currently available to some iPhone users of Twitter, and seems set to reach other users of the app soon.

As GigaOm reported, this is largely a bid to attract new and infrequent users: they are spared the trouble of combing through thousands of new stories, and can delve straight into tweets that Twitter thinks might interest them. But for long-time and frequent users like myself, the feature is not much to shout about.

For one, the new feature seems pretty disruptive to the chronological order of my feed. Part of the draw of getting my news fix on Twitter is having a sense of how others are reacting, which they do via replies to the original tweet. With this new development, it seems I will have to scroll through my timeline to locate these replies. Which, you know, kind of defeats the purpose of the feature in the first place.

The feature is likely a welcome addition for brands who’ve bought advertising space on Twitter, as their ads can now be placed amongst the top few tweets of a user’s feed. But with the existing Promoted Tweets already in place, the last thing I need is to have more unsubtle commercial ads sneaking their way onto my feed (and me having to close them manually).

Relevance Of The Feature

It is not known how far back the tweets placed under this section will be taken from, but I, for one, would definitely not appreciate coming across an outdated news snippet after not logging in for, say a week. Yet, a tweet from my favourite comedian — even if it is a month old — would be very much welcome. So unless Twitter’s algorithm can overcome issues like this, the new feature doesn’t seem like it will be much fun to be around.

For now, it seems the feature can at least be removed temporarily by clicking on the ‘X’ beside the words ‘While you were away’. It’s not clear if there will be a way to switch off the feature permanently, or if it will be pushed out to all Twitter users over time. Either way, I’d very much like to have full control over what appears on my Twitter feed, away or not.