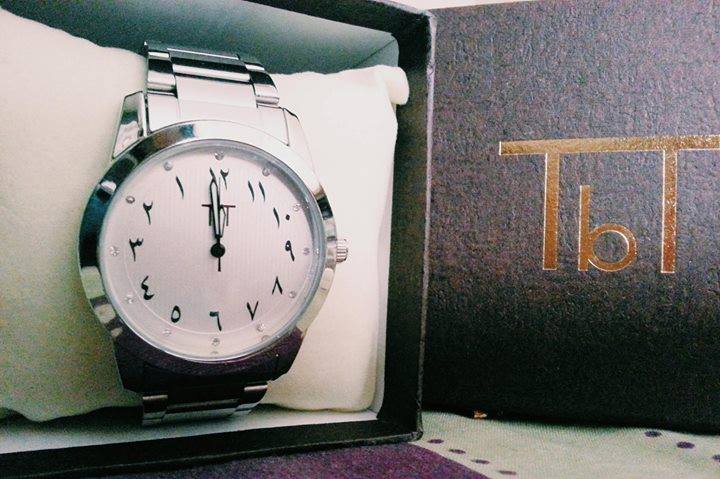 For eons, the modern people have read time on their analog watches clockwise. 26-year-old Muhammad wants to change that by introducing timepieces that work backwards. Using Arabic numerals – which are written from right to left – and a bit of magnetic engineering, the Singaporean was able to create the perfect reverse-oscillating watch.

The Brown Table (TbT) was born in January last year. Muhammad runs the entire business alone, from advertising to order fulfillment, and invested close to S$15,000 to get his empire ticking. It was a gritty move by the author-turned-entrepreneur, as he delved into a field not explored before.

He explains: “The Brown Table initially began as a publishing company and bookshop. I used to be a writer for a magazine and after I left the firm, I wrote short stories and set up The Brown Table as my platform to sell the books which I wrote. However, as months passed, sales were not improving and I decided to sell a product under the brand The Brown Table.

“The idea struck me one day when I saw an established brand’s retail outlet with an Arabic watch in their collection and because of their branding, the price was not affordable for daily people like you and me. I then realised that this would be the product for The Brown Table, although the name didn’t coincide at first but it was a beginning.”

It was the beginning of something special for the watch aficionado indeed – TbT now sells an average of about 150 watches per week and its Instagram fan base has reached more than 7,000 followers within a year. Even more impressive, TbT has managed to tap into the Chinese market, which now accounts for around 30% of its customer base.

Muhammad attributed the non-Malay/Muslims’ positive reception of his watches to their novelty charm. He believed that “the idea of having a different kind of numbering when reading time” might have intrigued the Chinese Singaporeans. The TbT watches did not just break the tradition of a petty lifestyle; it broke the tradition of a centuries-old way of reading time.

There are three different sets of watches under the TbT brand – the Metal, Nato (made of stitched nylon) and Leather series. All of Muhammad’s timepieces are priced under S$50 and they are only available online. Besides maintaining affordability by running the show alone, Muhammad also monitors the design and quality of his creations.

“I design the watches myself and my designs are inspired by the trending fashion. Trends vary between age groups and there are trendsetters whom I study and draw out the design based on what is becoming popular,” he said.

“For an example, there is a certain trend among a certain group of men to wear cropped pants with moccasins and casual shirts – tucked out. Based on this, I design the watch and from there I decide the colour scheme to cater those who prefer light colours or dark colours.”

Despite his goal for perfection, Muhammad admitted that TbT’s weakness lies in the over-reliance on its founder. He narrated how, in one incident, his customers started to become very anxious following his absence online. He had fallen ill and was unable to attend to his customers’ enquiries.

Nonetheless, Muhammad remains undeterred with the multitude of work needed to run the business alone. Besides the satisfaction of his customers, what motivates him is how the watches have played a pivotal role in the lives of his fans and followers. Muhammad even played cupid for his customer once!

He recalls: “An incident occurred some months ago when I received an order with just a name and telephone number along with the email from which payment was made. Without the address, I was unable to send the item thus I sent an email and it was a male who replied requesting that I call up the recipient who was a lady and ask her address because the male only had her telephone number.

“So I called the lady, got her address and after she received her item, she contacted The Brown Table requesting to know her secret benefactor and I was playing cupid at that time. Both of them were connected by the gift of time and they are due to be engaged some time this year which is very heart-fulfilling!”

There are other watch brands out there with a similar Arabic concept. United Kingdom’s No-Watch Hijrah timepieces is one example, but they are tagged at a heftier price of US$69.90 (about S$93) in eBay, more than twice the price of a TbT watch. Stocks of the Hijrah watches have also depleted and the price is currently unavailable at the brand’s official website.

Coincidental or not, TbT has entered the watch industry in a seemingly timely manner. Despite its present shortcomings, such as a sub-standard e-commerce website which appears haphazard on mobile and its occasional delayed deliveries, TbT has the potential to become a huge national brand, amidst the absence of direct competitors.

Did TbT revolutionise the global watch industry? Maybe not. Nonetheless, in bringing the art of timekeeping to the mainstream, TbT is certainly leading the pack and it is doing so in a direction least-travelled — backwards.

Thanks to our friends in The Brown Table, Vulcan Post readers will get a chance to win an exclusive timepiece from TbT!

All you have to do is type in the comments section below, in exactly 50 words, how you think Singapore has progressed and evolved through time in your own eyes. It can be a paragraph or poem.

Remember to hash-tag your submission with #vulcantbtgiveaway #sg50Our judges will decide which is the best entry, and the results will be announced @tbrowntable (thebrowntable’s instagram). Contest closes at 2359 on Friday, 23rd January 2015.