This Is The World’s Easiest Contest, But No One Is Even Close To Winning It 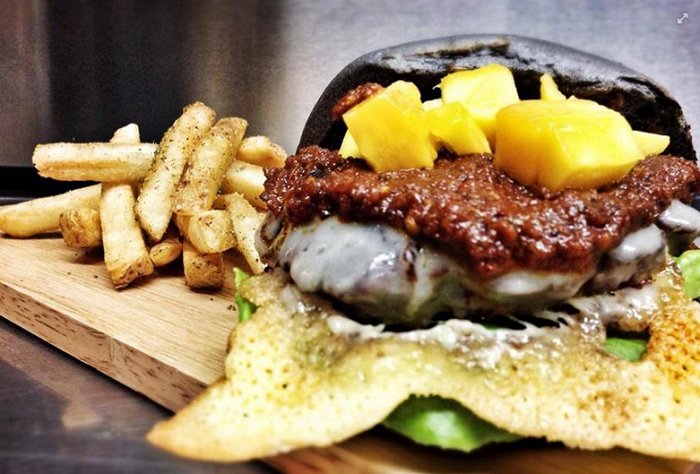 “Some people are born to build the world’s tallest buildings or create the world’s fastest cars. What about us? We’re out to make the world a happier place, one burger at a time.” Thus reads the story behind myBurgerLab. If you can’t guess already, myBurgerLab sells burgers. Not just any burger either, it sells some of the most loved burgers in Kuala Lumpur.

myBurgerLab opened its doors on July 10, 2012 at SeaPark, Petaling Jaya, Malaysia and has since opened two more stores at OUG Outlet, Kuala Lumpur and Sunway Outlet, Petaling Jaya. On December 16 last year, myBurgerLab’s Facebook page introduced what it calls “The World’s Easiest Contest”. It does seem to be, in fact, the world’s easiest contest, but it has been a little more than a month since the contest started and no one has emerged champion.

What Is This Contest We Speak Of?

The contest started in December 2014 with a RM200 cash prize. The winner is the last commenter with a 12-hour shelf life. According to their Facebook post description, in order to qualify as “The Last Comment”, no one can post after you within a span of 12 hours. Sounds easy enough right? Wrong.

This pose as a challenge since there are (as of January 19, 2015) more than 56,000 likes on their Facebook page. The challenge itself was reported by myBurgerLab to have 11,248 comments on January 16, 2015. Three days later, on January 19, we are seeing 11,849 comments. With people commenting every few minutes, it’s almost impossible to see an end to this contest.

With that in mind, and the contest running for more than a month without a winner, the prize money has been doubled to RM200 cash prize with RM200 myBurgerLab cash vouchers and a job with the outlet (if you need it).

World’s Easiest Contest Is Not Even Close To Easy

We got hold of co-founder of myBurgerLab, Teoh Wee Kiat to answer some questions we had regarding the event, specifically, what’s next?

Since there will likely be no winners for the event (at least in the near future), we asked Wee Kiat what they’re planning to do. “We are currently experimenting with the concept on two levels: One that has a sudden death element (Instagram version) and one with a potentially indefinite shelf life,” he told the Vulcan Post. “Maybe one day, as the traction slows down, someone might just win it (The Facebook competition),” he added.

Another competition that is running concurrently with the contest is the Instagram version with the sudden death element, where the photo that the admins see when they search for the hastags #myBurgerLab and #LastInstagramChallenge will be deemed the winner. Unlike the Facebook competition, the Instagram sudden death element has brought that contest to an end and a winner has already been selected.

Never underestimate Malaysian’s love for money and burgers. While this may appear to be the easiest competition ever, it’s one of those competitions what you would want to keep a secret from your friends and families in order to be the “Last Commenter”. With that in mind, it doesn’t seem all that effective of a marketing gimmick. We asked Wee Kiat what he was thinking when he came up with the idea.

The idea on the other hand, was not an original concept, Wee Kiat admitted. “We came across this idea in the past and thought it would be cool for us to launch it here,” he said.

When asked whether he had expected the post to go viral, he said that the team had their fingers crossed that it would be popular. So popular is this post, in fact, that even I have heard of it, and I’m stuck in Sarawak where there isn’t even a myBurgerLab outlet to satisfy my hunger for one of their burgers.

This was not the first unique competition that myBurgerLab team has come up with. Prior to this competition, they had a simpler challenge called, “The Lemon Challenge”. All the contestants have to do is balance a coin (10, 20 or 50 cent coins) on a floating lemon as illustrated in the picture above, for 5 seconds or more. Winners walk away with RM50 and a T-Shirt on the spot.

“Once the coin falls into the water. It’s ours! Muahahaha!” their Facebook post taunted. “Also, no glues or other sticky substance allowed! We know what you are thinking,” it added.

“The Lemon Challenge was suggested by one of our Geeks who saw it during one of her travels,” Wee Kiat shared. “We thought it was a great game and thought the customers would enjoy it too! And they did!” The contest ended once RM300 were given away.

Want Some But Too Lazy To Get It?

We notice that there’s a link via myBurgerLab’s site for deliveries via GoGet, a service that allows you to offer tips to anyone within their GoGet service team in order to take up jobs that you are unwilling to do on your own, like getting some yummy burgers. Having written about GoGet before, we were excited to see the link on the site.

“We got to know about the startup service via some friends who’ve used it before. We loved the idea behind the simple concept,” Wee Kiat shared when we asked him about this. “As a business, we thought it would be great if we omit the hassles of coming up with a delivery logistic ourselves or having to work with a third party food delivery services. We basically endorse GoGet services and let them deal with taking, collecting and delivering the orders,” Wee Kiat shared his genius with the Vulcan Post.

The World’s Easiest Contest on myBurgerLab’s Facebook page isn’t likely to find a winner anytime soon, in my honest opinion. It’s worth keeping a tab on, though, and have your fingers crossed that people lose interest eventually. You can join in the fun (if posting comments over and over and over is fun to you) here. On the other hand, if you’re really hungry for a burger, you could just drop by any of their three outlets or get someone else to do the footwork for you via GoGet.