Exploring The Staying Power Of Pokemon: Will We Ever Catch ‘Em All? 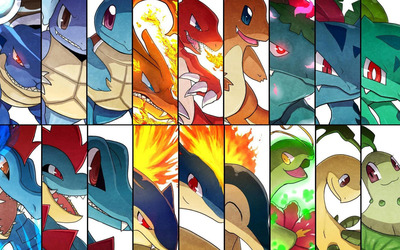 What is it about Pokemon that is so addictive? While its gameplay may appear simplistic in nature, the series has quickly evolved into a global phenomenon that has taken the world by storm. And the hype surrounding it doesn’t seem to be dying down just yet.

The games first made their debut in Japan, and were known as Pocket Monsters Aka and Midori (Aka means ‘Red’ in Japanese, while Midori means ‘Green’). After much success, The Pokemon Company wanted to tap into the international market, and Pokemon Blue and Red were introduced in 1998 for the Game Boy.

Needless to say, it quickly became a hit. With each game in the series introducing more Pokemon to capture and battle with, gamers were hooked onto actively trying to capture all of them. The sheer joy of successfully capturing a tough Pokemon is second to none, and players were always looking at the next one to catch. I myself remember capturing a Mewtwo after much tussling with using Ultra Balls — I must have used over 50 of them in the process, but it was so worth it.

Pokeballs — items used to capture Pokemon — come in many variants, such as Great Ball, Ultra Ball, Quick Ball, Net Ball, Master Ball… the list goes on. Using the basic Pokeball to capture a legendary Pokemon not only takes a great deal of patience, but also requires the utmost care as you only want to weaken the Pokemon without knocking them out. What was the toughest Pokemon that you captured?

I Want To Be The Very Best

With each successful battle with other trainers and gym leaders in the game, Pokemon level up and as a result, grow stronger. As players can only have up to six Pokemon in their team at a time, choosing the right combination that matches your play style quickly becomes a game in itself. What I like to do is capture the first 6 different Pokemon that I encounter, and try to fit them into my team. If two or more of them have the same typing, I swap them out for other Pokemon to create a better team synergy.

Most of them can evolve and become stronger versions of themselves. This happens when you battle your rivals as the game progresses, and work to become the best Pokemon trainer in the world by defeating the Elite Four — trainers who stand in your way from achieving that lofty goal. They aren’t serious pushovers though, as are most of the game’s opponents, yet the game’s addictive gameplay just keeps drawing players in for just one more battle.

Pikachu, I Choose You!

Each Pokemon game has gyms whereby players are granted a Badge for beating a gym leader. As each gym leader is affiliated with a particular element, players have to ensure that they bring the right Pokemon to take the most advantage of the gym leaders’ weaknesses. Elements include Rock, Grass, Poison, Steel, Water, Fire, and Bug, amongst others, and each of them yield to certain elements while remaining highly effective to others. Fire, for example, beats Grass, but is weak to Water.

This rock paper scissors mechanic may appear simple on paper, but with hundreds of moves available, it quickly becomes a complex system that requires a lot of dedication to master. Competitive battling, a term used for players who play to win, have a good grasp of the game mechanics, team implementation, and battle tactics. Less successful gamers, meanwhile, often cram four moves of different types on their Pokemon and hope for the best.

With hundreds of moves available and different battle combinations to consider, it’s easy to see why the competitive aspect of Pokemon remains strong. My first introduction to competitive battling was back in 2013 when Comic Fiesta, a yearly cosplay, anime, and games convention had a Pokemon tournament. I spent so much time gathering the right items and moves for my Pokemon, and on EV training, that I didn’t have time to properly test my team out because it was ready only moments before the tournament started.

Needless to say, I lost during my first match and went out of the tournament. It also made me addicted to the competitive aspect of Pokemon, and I started to actively participate in friendly battles between friends during gatherings and rated battles against strangers online at night.

Pokemon trading card games, merchandise in the form of plushies and toys, a television show and countless movies remain popular with the masses. With its cute and varied mix of different Pokemon, each Pokemon fan has a favorite. From adoring fans of Pikachu — who love the electric mouse’s antics — to those that prefer Charizard — the flying lizard Pokemon that breathes fire and soars majestically — each Pokemon has got attitude in spades.

After nearly two decades, it is quite remarkable that the series’ popularity hasn’t seemed to let up. As someone who grew up with playing the Pokemon games, I never imagined that I would still be playing Pokemon for as long as I have. Something about Pokemon just draws you into it. With its witty charm, addictive battling and capturing mechanic, it’s easy to see why gamers just can’t get enough of Pokemon. What are your favorite aspect(s) of Pokemon? Feel free to share your thoughts in the comments below.