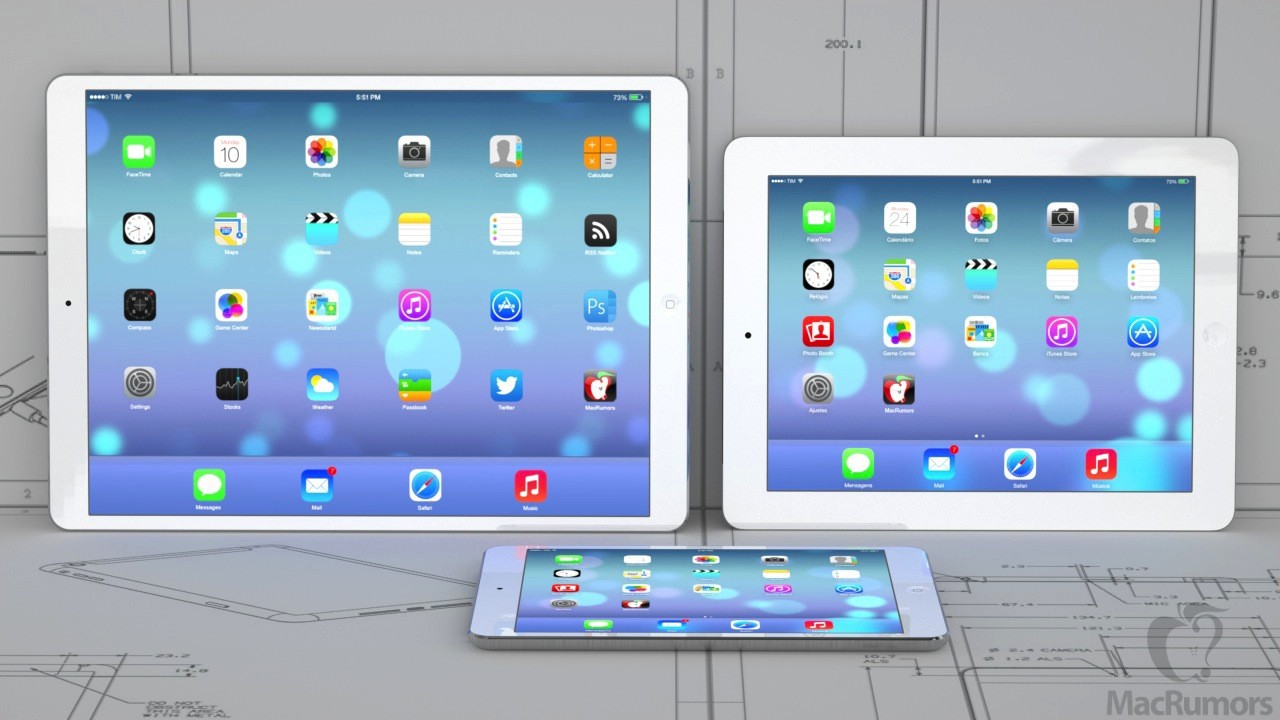 With every Apple product comes a steady stream of leaks, but the latest one is sure to turn your head.

French website nowhereelse.fr (via vr-zone) has announced that they’ve gotten their hands on a prototype of a new iPad case for what’s been described by the tech world as the iPad Plus. This new model is the latest rumoured release by Apple, and is said to be a much larger version of the iPad we all know and love. This sets it in direct rivalry with mega-tablets like the Surface Pro.

The leaked images include a comparison with the iPad Air 2 model, and shows the difference in size of the iPad Plus. It is rumoured to have a 12-inch display, and this leak seems to have confirmed its existence.

The tech world whispers have been calling it the iPad Plus or the iPad Pro, though most have been leaning towards the “Plus” moniker. Other rumours also hint at an optional stylus being offered with the tablet, making the possibilities of its usage much broader than any iPad has ever had. If Apple’s preference for creatives is anything to go on, it may be marketed as the latest must-have tool for anyone in the creative industry, from design to note-taking.

Earlier leaks have also hinted at four stereo speakers being included, while others say there may only be two. It is also expected to include the Apple A8X chipset with 2GB RAM, 16/64/128GB storage options, Wi-Fi 802.11a/b/g/n/ac, Bluetooth 4.0, and 4G LTE connectivity.

The Unicorn Of Apple Fan’s Dreams

The iPad Plus is something that people have been hoping for since before the Apple Watch was announced. This time, the evidence seems more concrete, especially with the discovery of iPad Plus cases already being made in China.

While it is still mostly speculation, tech gurus have placed the possible announcement date as sometime during Q2 of 2015, making it the second big Apple product announcement of the year. The first, of course, is still reserved for the Apple Watch and Retina Screen Macbook Air.

A lot more information is needed to truly confirm specs and names, but it seems highly probable that we’ll be seeing this baby very soon. And if the leaked photos are anything to go on, it will look pretty awesome.

As Tim Cook repeatedly said at the iPhone 6 release — bigger and better, right?