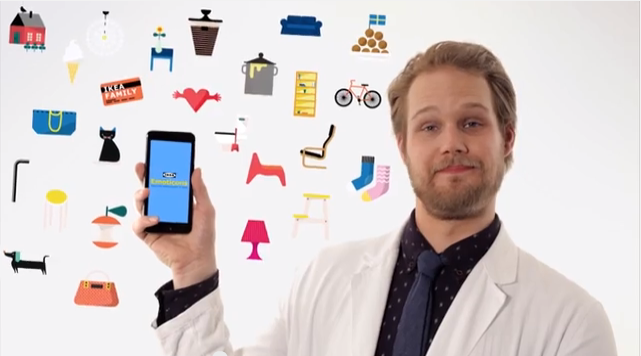 If the snaking queues at Swedish furniture store IKEA are anything to go by, then it seems Singaporeans really do love their meatballs — even after that horse meat scandal broke back in 2013.

And now, you can enjoy the famed Swedish dish without having to make your way to IKEA at all.

No, IKEA is not starting a food delivery service (why not, though? I’d totally sign up). Instead, the company has launched a series of emoticons containing images of some of their most famous items, such as that red heart-shaped plushie with arms and yes, their meatballs.

The emoticons are currently available for download on iOS and Android, and IKEA even made a video promoting their emoticons.

I’m not sure how showing a couple in separate rooms, communicating via emoticons, will “ensure universal love and understanding in [my] home”, but I’m hoping the creators of the video meant it in jest. And that viewers watching the video will take it with a pinch of salt. Because the prospect of having to send pictures to my future spouse just to avoid arguments is a very scary one.

Strange video aside, the emoticons are pretty interesting, and well, pretty. They’re a reflection of the minimalist and simple designs that Scandinavian furniture is known for, which is perfect, because who needs complicated emoticons when I just want to profess my love for meatballs to a friend?

The series of emoticons are not all good, though. After downloading them, they show up together with your other emoticons, and you can use them the same way you use other smileys: in Whatsapp, text messaging, etc. And it’s all good, too — until you actually press send.

Because what IKEA calls emoticons are not the usual tiny pictures we’re used to. They’re more like the stickers that we send on Facebook — huge, slightly in the way, and ultimately not as cute had they been smaller.

Overall, though, the emoticons are a fun addition to have alongside our existing ones. With IKEA being so popular amongst Singaporeans, the items and food we see at the furniture store has become as much a part of our local icons as chicken rice or the Marina Bay Sands.

Now the only question remains: when will we have our very own #SG50 food emoticons?