Singapore Food Takes To The World Stage, Makes Its Rounds On A Food Truck 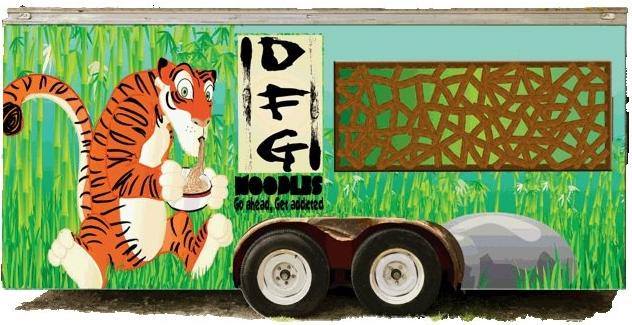 Our little island is constantly named as the country with one of the best street foods in the world. While many of our foreign friends might still unwittingly ask or joke, “Is Singapore in China?”, our name is spreading — mostly through the sounds of satisfied tummies.

Major cities such as New York, London, Tokyo, and Shanghai already have a number of Singaporean restaurants catering to diverse palates and and multi-cultural populations. But our little nonyas and tau kays are not ones to rest on their laurels, and are heading off to less well-known cities to start their restaurant businesses (although we know you Singaporeans are out and exploring even more). In a show of support for our local food and entrepreneurs, here are some of the establishments around the world offering a taste of our cuisine:

Singapore Kitchen in Manchester sells simple, hearty Singaporean food like Chicken Curry and Nasi Lemak. It is now just a food stall at Castlefield market, but that keeps prices low — if you don’t covert them into Singapore dollars, that is. Meals are just five euros, and if you need a snack, or miss the taste of fried dough and curry paste, there’re always curry puffs and prawn crackers on sale. This is probably one of the better finds for poor Singaporean students in Manchester.

You might be surprised to hear this, but our food has reached the shores of west Asia. While the rich in Dubai can delight in Singaporean food at the Grand Hyatt, even the average man will be able to sample local favourites like Tauhu Goreng and Nasi Goreng at the Singapore Deli Cafe in Karama. Apparently, reviews have been good as well: it has attained a 4.9/5 star review on Facebook, as well as postitive comments on TimeOut. It is also a great supper joint, opening till midnight. Lepak here when you visit Dubai, and we guarantee you’ll start getting a little homesick.

Toronto — with its Niagara Falls, large downtown parks, a diverse population, and one of the highest standards of living in the world — is like a friendlier, more affordable version of its nearby counterpart, New York City. It’s a perfect holiday destination for any traveller. Except, perhaps, when it comes to their infamously frigid winters.

But to combat this, visitors and residents alike can head on down to Lion City Restaurant to get their comfort food fix. It has been in business for over 17 years, and with strong reviews on Yelp, it’s not hard to see why. Lion City is owned by Lilian Ow, a chef with more than 40 years of experience. The variety of food here is large, with different fried rice and noodle dishes, Rojak, Ngoh Hiang, Laksa, and even Teh Tarik to wash it all down.

The chain Mirchi calls itself the “number one Singapore style restaurants”, and has gaudy, Zen-inspired decor to back up its inflated claim. Still, the outlets look fun to go to and reviews haven’t been too bad. They are also situated in one of Berlin’s hippest districts — Mitte, which is located right in the center of the city. There are also cocktail happy hours, during which the menu would probably consist of a ‘Singapore Sling’. Mirchi also has a sister chain called Amrit, which serves Indian cuisine.

Kudos to them for bringing Southeast Asian food to a place where Asian cuisine is more often linked to kebabs and falefel.

Singaporean Breaking Bad fans would probably have flown here to visit Walter White’s house, and we hope you didn’t forget to check out Street Food Market along the way. It serves a huge array of Asian dishes, and we heard its Char Kway Teow and Laksa are pretty good. While visiting, it might even be a good chance to try out other kinds of food you haven’t yet tasted locally, such Korean Jjamppong, or an American favourite, the Sriracha Chicken.

The food truck is not yet a common sight in Singapore, but that’s not stopping us from bringing our cuisine to food trucks in the States. In Austin, the food truck culture is strong; many famous joints got their start by serving food from small trailers along the street.

And taking a bold step forward — and emerging pretty well among strong competition — is DFG (Damn F’in Good) Noodles, a mobile joint that serves Singaporean fare. It’s even owned by a former Singaporean beauty queen, Cheryl Chin, and serves all kinds of local delights to Austinites: Roti Prata, Sambal Prawns — even vegetarian Chao Mi Fen, for a city where wellness is a priority for many.

For those who have been or are abroad, where else have you tasted mouthwatering Singaporean food?