Is The Sony Empire Slowly Crumbling? 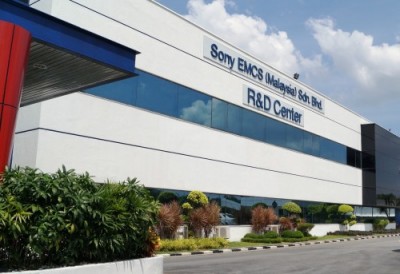 Sony has always made the most memorable things: from the Walkman that played us music on the go, to the Playstation legacy that we gave our hours to without hesitation, even the countless amounts of 3G data we dedicated to downloading themes and apps on our Ericsson and Xperia Smartphones.

Everyone must have owned at least ONE product from Sony, even if they have to admit that they bought an overpriced Vaio — its dollar to performance ratio was just not worth the investment. Customers would turn away and look at the similarly-priced Apple Macbooks, and other vendors that offered higher specifications at the same price range.

And now, the momentum of Sony is no longer with them, as they are looking to pull back and reclaim their former glory. Sacrifices have to be made, and the biggest and most painful one seems to be their Xperia product line — one of the most prominent and promising smartphone vendors in the Android device market.

Xperia devices have been known to be durable, high performing, containing complementary perks such as water and dust proofing, and the feature of being able to use your device as a screen or controller for your Playstation console. And while these seem impressive, they are simply not at the top of their game in the smartphone market, with just a 10% market share placement as of 2014. This alone made analysts wonder if Sony would decide to focus their efforts on their more profitable Playstation instead, in order for them to continue making profits.

Even the CEO of Sony, Kazuo Hirai, commented to the press that Sony would be paying attention to their more profitable sectors. This seemed to suggest that they would focus more on PlayStation and their camera sensors, which are made to order by many of their smartphone competitors, including Apple.

So the question is: will Sony really pull back?

Here’s why I think they should:

1. Their releases have no profit gap

Sony has a very understandable paranoia of losing their market share, so much so that they started releasing devices one after the other. The most notable instance was their high-end Xperia Z series phones, which were meant to be their most powerful flagship devices.

Flagship devices are typically released every year, to catch up with the market and demand for powerful hardware. But Sony releases up to 2 flagships a year, leaving no time gap to profit from just one. Their customers are forced to simply choose the latest one, instead of the earlier release.

2. Devices are still not optimized

Android is a very smooth operating system. And all manufacturers try to be different by making their own, such as Samsung’s TouchWiz annd Sony’s own Xperia home. Although initially smooth, it has the tendency to slow down and hang when you use your apps, forcing the device to overheat. Overheating was common amongst Xperia phones because it was a very thin device, coupled with bad optimization.

One of the most frowned upon aspects about Sony is that it has a very bad warranty policy for their devices, especially those in the Xperia line. Despite the devices being marketed as water and dust proof, customers have reported several instances of water and dust entering their devices, leaving them damaged and unusable.

I’m no expert, but shouldn’t water and dust not be the main problem for a water and dust proof phone? The warranty policies were not honoured because of “negligence” on the part of the customers, which honestly, is not a good reason for what is supposed to be a “durable” device.

Here’s why they shouldn’t:

1. They do have a number of good features

Sony’s very first pat on the back well done. Even though they did not ace the operating system, they aced the software that came with it. Sony has one of the very best audio players around on Android, featuring high-resolution MP3 playback (a first on smartphones) and Remote Play, a software that lets you play your PlayStation games on your Xperia device!

2. All the bells and whistles

Xperia was made for those with high media usage in mind. I mean, what other smartphone out there gets to have their own custom made external microphone, camera lens and game controller? None.

Will the Xperia legacy suffer the same fate as Vaio?

All in all, I personally think that for now, Sony will pull out, with the Xperia Z3 and Z3 Tablet Compact being the very last devices they make under the Xperia name. Sony Centres will soon begin their “clearance” sale of said devices — as well as their entire product line — for fans to make their last purchases. But perhaps in a year or months to come, Sony will make an epic comeback, like they always do!