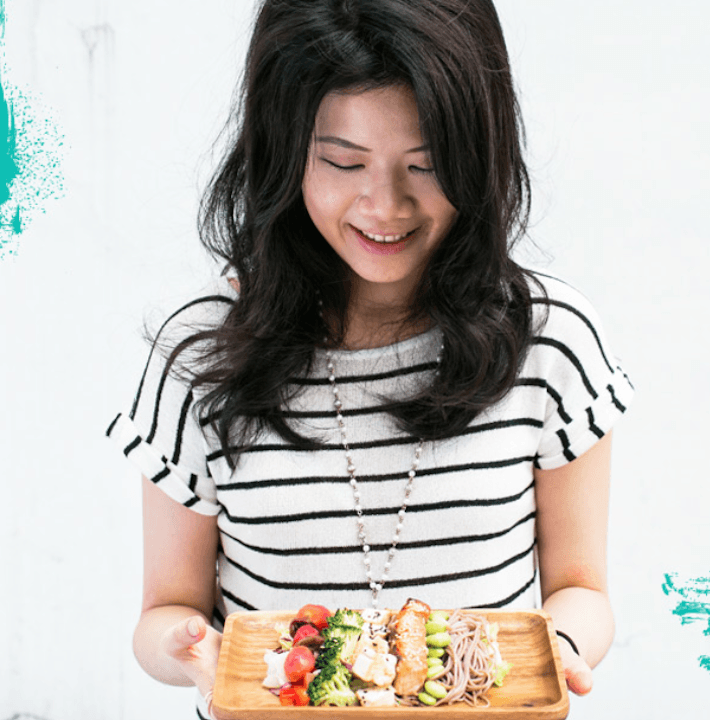 They say what doesn’t kill you makes you stronger.

Barely a year ago, Valerie Teo was in bad shape. She had severe anorexia and weighed only 31kg. Tormented by OCD symptoms, she could only get out of the house at 6p.m. To intensify the problem, she found out that she had only $0.60 in her bank.

But she’s back on her feet again. Two weeks ago, she opened her first ever cafe in Singapore that had customers raving. Her bentos were sold out within a short period of time, and she has reporters approaching her for feature stories. You might be wondering, “How did she nurse herself back to health?”

Despite being anorexic, Valerie hasn’t had a flu, cough, or fever in nine years. “They protected me from catching the flu somehow!” she quipped. I’ve known this for quite a while as I’ve been following her on Instagram, but it still never fails to amaze me that she has stayed cold-free in almost a decade. She credits God, friends, mentors, and probiotic food for her clean bill of health.

“It is impossible I’m alive today without God’s amazing grace,” she said. Valerie further explained that cultured food are far more superior than raw food as they have a high content of probiotics, enzymes, and nutrients.

“What helped me overcome this obstacle was definitely not sheer willpower. What I’m doing now is beyond myself.”

We can’t help but wonder, though, if she secretly snacked on Chinese New Year goodies. Valerie admitted that she did, only this time round, she gave them a new twist. In the spirit of the Lunar New Year, she served up plates of Good Food Heals’ very own yusheng, made entirely of cultured food and high probiotic plum dressing.

Also read: Singapore Food Takes To The World Stage, Makes Its Rounds On A Food Truck

During our brief email exchange, Valerie credited her mother for introducing the art of fermenting food to her, and inspiring her to adopt a healthy lifestyle.

She first started Good Food Heals as a food therapy consultation service where she organised health- and beauty-based cooking workshops at her mother’s cooking studio. She then moved on to help people with picking up healthier eating habits. “My food therapy programmes support people in healing from minor to major ailments such as weight management and cancer,” she said.

Valerie also revealed an interesting fact about her newly launched cafe. She said, “The Good Food Heals bento cafe is purely a surprise. It was a distant dream that came true with the right people, time, and place. I wasn’t even looking for locations. Somebody literally called and offered me the cafe.”

When I asked about the curveballs that life has thrown at her, this is what Valerie said: “My message to the world is that you don’t have to be perfect to be good enough to live your dreams and be happy. We can make our lives a little better one meal at a time.”

Good Food Heals is located at 10 North Canal Road. It is open from Monday to Friday, 8 a.m. to 6 p.m. Bento delivery is only available from postal codes starting with 01-08 to Orchard.