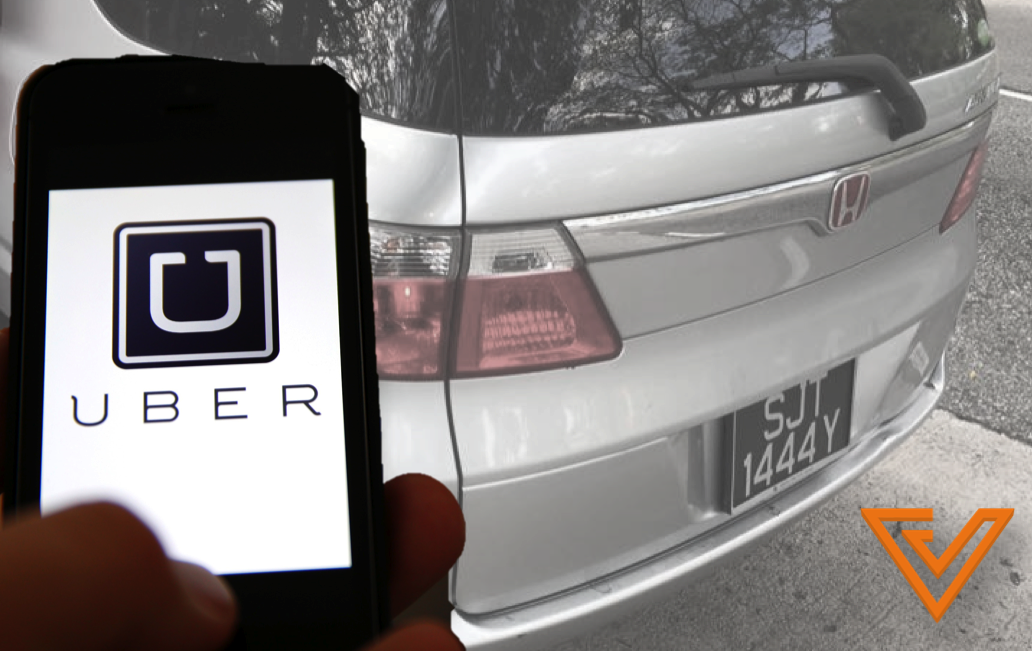 A strange incident has been making its rounds in Singapore recently, and all it took was a private car driver posing as an Uber driver.

Facebook user Amo Jov shared an experience with Mothership.sg, explaining that he was cheated of $97 when he tried to get a taxi ride from Beach Road to Woodlands. While trying to hail a cab, a silver Honda pulled up before him and claimed to be a private taxi driver from Uber. Since Uber predominantly operates with private cars, he believed the man and got into the car.

After he got into the car with his wife and children, the metered fare suddenly jumped to over $50 in less than 30 minutes, with the driver claiming that he charged $8 per kilometre. This was apparently not what the driver had said when Amo Jov had entered the car: the driver had stated then that it would cost “$3.90 upon boarding & $0.70 per km”.

Responses have been mixed, with some people saying that he had put himself in that position by firstly agreeing to pay the $97 despite it obviously being a scam, and secondly believing the man when he claimed to be an Uber driver.

Some pointed out that Uber operates solely on a cashless system, where the fare gets automatically gets charged onto the customer’s credit card.

Some people even shared that they had been scammed by the same driver.

For those familiar with Uber, you would know that the system operates solely through the app, and Uber drivers are not allowed to pick up customers like a regular taxi. In response to that, Uber has sent out a mass email to Uber users, cautioning them to watch out for this driver:

We wish to alert you and the general public on an individual claiming to be a driver on the Uber platform. We confirm that this car (Vehicle License Plate SJT 1444Y) is not registered on our platform, and anyone who has been in contact with this vehicle should report it to the police, and supportsingapore@uber.com. Uber has filed a police report and alerted the Land Transport Authority of this incident.

This incident shows clearly the poor understanding that Singaporeans still have of the car-booking app that has taken over the world. Perhaps it stems from a distrust of the system that solely uses private cars – because we all know that it’s not safe to randomly get into a private car.

But as Uber struggles to remind Singaporeans of the space they take up between an act of poor judgement (getting into a private car of a stranger) and a legitimate business, this incident is a sound reminder for all of us to stay alert and smart — and not trust a taxi meter that goes anything more than $30 in 15 minutes.