8 Singaporean Women Who’ve Made Waves In The Tech Industry 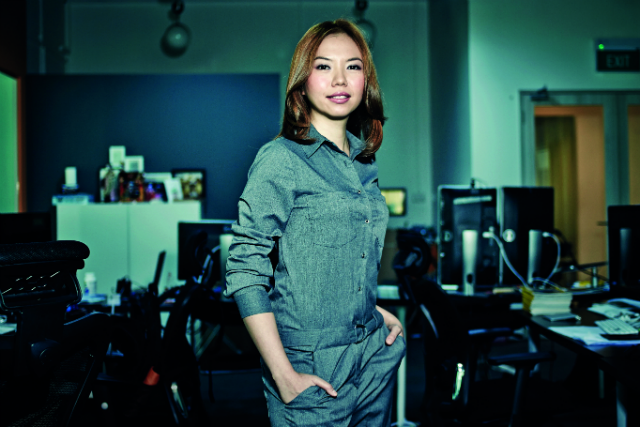 The tech industry is known to be a male-dominated one, but that’s not to say that there aren’t many remarkable women making their mark there. We’ve all heard of Sheryl Sandberg, the COO of Facebook, and CEO of Yahoo! Marissa Mayer — but it’s time to look closer to home and celebrate the accomplishments of our Singaporean female tech leaders as well. In celebration of International Women’s Day this Sunday, here’re some Singaporean women whose achievements have made waves in the Asia tech scene.

As CEO and founder of Tickled Media, Roshni Mahtani has launched not one, but three popular parenting portals: Asian parenting website theAsianparent.com, family activity site Kidlander.sg, and pregnancy information site Pregnant.sg. Currently, the sites have a collective audience of more than 1.3 million; it’s not too much of a stretch to say that she’s revolutionized the digital conversation about Asian parenting. And in 2012, Tickled Media became the first Singaporean-operated company to be certified by WorldBlu as one of the world’s Most Democratic Workplaces.

She says: “Really, I am just a girl who is trying to make a positive mark in this world.” (Source: DBS CEO Stories)

If you’re a recent graduate or younger, you would probably have heard of scholarships and education platform Brightsparks. Even if that doesn’t sound familiar, the JobsCentral recruitment portal is pretty much a local household name – you must have stumbled across it at least once during online job searches.

Considering that Jobscentral connects over 3 million job-seekers with 20,000 employers each year, it’s undeniable that the portal that Huang Shao Ning and her co-founders painstakingly built has been a leader in developing Singapore’s online recruitment market. And true to their spirit of pioneering and innovation, when JobsCentral was sold to US company CareerBuilder in 2011, the acquisition amount was rumoured to have been the highest in the history of our local tech start-up scene.

She says: Huang believes that for Singaporeans, “risk-taking is in our blood for certain! After all, our forefathers were immigrants — they had taken great risks to leave their home countries.” (Source: PopConversation)

With a quirky 8-bit art style company logo and a unique system of customised price rating for clients, digital marketing startup Zombits stands out among larger conglomerates. But it’s Elicia Lee’s love of gaming that has made her a pioneer in the industry: she headed the team behind GameStart 2014, the first large-scale video game convention held in Singapore after TGX and Games Convention Asia ceased operations in this region years ago.

GameStart is said to have kickstarted Southeast’s Asia’s growing gaming industry. The convention drew more than 10,000 visitors from all over Asia, its success bucking Singapore’s unfortunate track record of poorly-organized gaming conventions. Hers is the kind of passion that holds nothing back – besides her heart and soul, she also invested her life savings into making GameStart happen.

She says: Lee’s co-founder, Lim Yeong Chun, says that their main reason for starting up Zombit is “to be our own towkay lah!” (Source: e27)

If you love getting the best deals – and I’m sure we all do – you would have heard of AllDeals Asia. Now the largest deal aggregator in Singapore and Southeast Asia, this ecommerce portal was founded by Goh Yiping, and was a rare success story in a regional industry both developing and highly competitive. Her trailblazing doesn’t stop there – the one-stop smartphone app for deals in Southeast Asia that she launched a few years back was also considered the first of its kind.

She says: Here’s some advice she would give to young aspiring entrepreneurs: “It’s not such a glamorous journey until you make it… Because this is really not the easiest way to riches.” (Source: JobKred)

Since its launch, Zopim has been making waves globally – it’s an easy-to-use service for business owners to live chat with site visitors. And in a landmark deal celebrated as a boost to Singapore’s startup ecosystem, the platform was acquired by US software firm Zendesk for S$37 million last year.

The impressive buyout not only made Lim Qing Ru and her co-founders multi-millionaires at the age of 30, it also turned them into role models in our local tech industry. And she’s aiming to give back as well: Now that she’s Zendesk’s Asia-Pacific head for customer support, she also wants to invest in projects that can benefit society and people.

She says: Speaking about her childhood with frugal parents, Lim said: “I became quite a bully. If I saw a boy on my favourite toy car at the playground, I’d tell him to get off! When you have to share, you learn to fight for what you want.” (Source: HerWorld Plus)

From a local tech blog that began as a hobby, Gwendolyn Regina Tan grew SGEntrepreneurs to an influential media firm for technology start-ups and entrepreneurs throughout Asia. In the early days of Singapore’s startup ecosystem, SGE was a pioneering force in getting local entrepreneurs noticed, connected, and funded. What with hosting dialogue sessions and hackathons for entrepreneurs, and working with big-name companies such as Google and LinkedIn, SGE has undoubtedly been a pillar in getting the local tech startup scene off the ground.

She says: As an ambassador for Sandbox — a global entrepreneurial society for under-30s — she encourages: “Most importantly, continue building your dreams – I love reading about them.” (Source: Sandbox)

Toa Payoh girl Jenny Lee is currently one of the world’s most powerful venture capitalists in tech. Last year, she was #52 on Forbes’ Midas list of top 100 tech investors, one of only four women to make the list. In a male-dominated profession, she is one of the role models who’re paving the way for future generations of women to pursue their passion in venture capitalism, without letting gender be a deterrent.

She says: Back in 2001, during the dot.com bust, “I realised there was a big world outside of Singapore Technologies, and I wanted to get out there and learn some more.” (Source: STJobs)

You might know her better as a Member of Parliament for East Coast GRC, but Jessica Tan is also the woman driving Microsoft’s growth strategies in Singapore. Her passion for inclusivity in society is evident not only in her political role; in the tech scene, she has led Microsoft investments in DreamSpark for students, BizSpark for tech start-ups, and community training centres for seniors and the disabled.

She says: “Not everyone works the same way and some fumbling in the dark is necessary to figure out what works for you.” (Source: Studentry.sg)

Also Read
10 Power Women In Singapore And The Experiences That Shaped Them
Categories: Tech For Ladies, Luminary, Entrepreneur, Geek, Singaporean