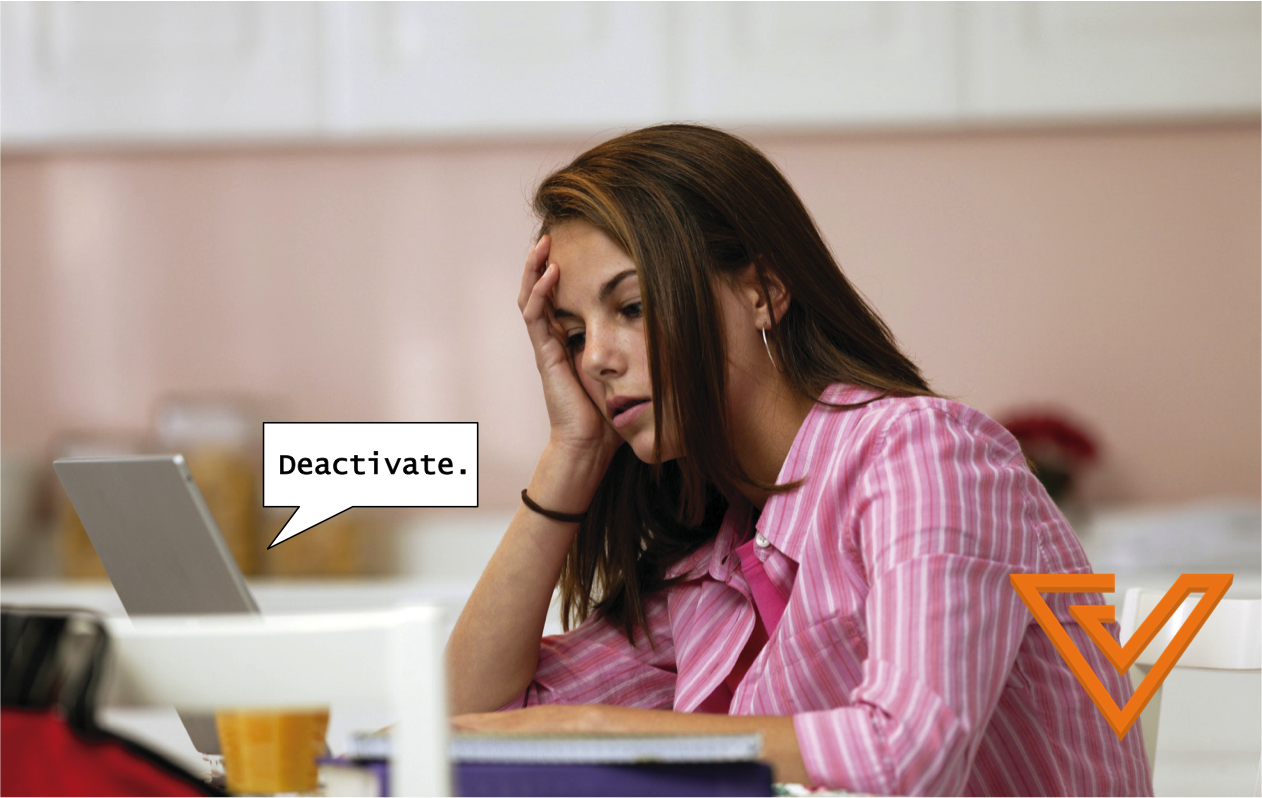 I was very, very late to the Facebook game; I started my account in 2010, about 3 whole years after everyone at school got it.

And soon after that, I found myself wanting desperately to deactivate my account.

But till today, I haven’t done it, and part of the reason is because it’s just so much trouble to take the plunge. You see, deactivating your Facebook account is not as simple as merely clicking a ‘deactivate’ button on your settings page. Instead, you must first get past a series of questions that the social media site throws at you — questions such as “Reason for leaving”, “Please explain further”, and “Email opt-out”.

And as if that’s not enough, Facebook also tries to guilt trip you by informing you that “Your (insert number of Facebook friends here) friends will no longer be able to keep in touch with you.” This statement is accompanied by the profile pictures of some of your friends, with the caption “xxxxx will miss you.” (To which I never fail to roll my eyes, because no, I highly doubt that that primary school friend of mine with whom I’ve not spoken to in 10 years will miss me, much less remember who I am.)

This process only goes to show that Facebook will not be letting you off so easily, especially not after it took three years for users like myself to be convinced of its amazing-ness.

And now, Facebook is taking it one step further by making it even harder for you to escape its clutches. After the series of questions and the guilt-tripping, there’s now an additional section where you can choose to automatically reactivate your account after a period of time (between 1 to 28 days).

In an interview with MarketWatch, Aram Sinnreich, media professor at Rutgers University, said, “It’s got a whiff of desperation about it, but also a clever recalibration of the company’s priorities…This shows that Facebook is becoming aware that its old role as the only network in town is eroding, and that consumers have a broader variety of choice than they used to, and therefore a greater degree of leverage in relation to Facebook.”

It’s unfortunate, but true: the novelty of Facebook is slowly but surely wearing off, and these days, I find myself more likely to send messages to friends via platforms like WhatsApp or Line. Of course, Facebook is more than just a messaging app — and I appreciate that — but a few more updates like that “Top Stories” feature that still annoys me, and I might just be ready to quit for good. Without checking that Auto-reactivate box.

Also Read
Your Facebook Account Can Live On Even After You Die
Categories: Opinions, Social Media User, Must Read, Serial App User

A look at S’pore’s COE policy and how it affects ride-hailing sector, firms with vehicle fleets