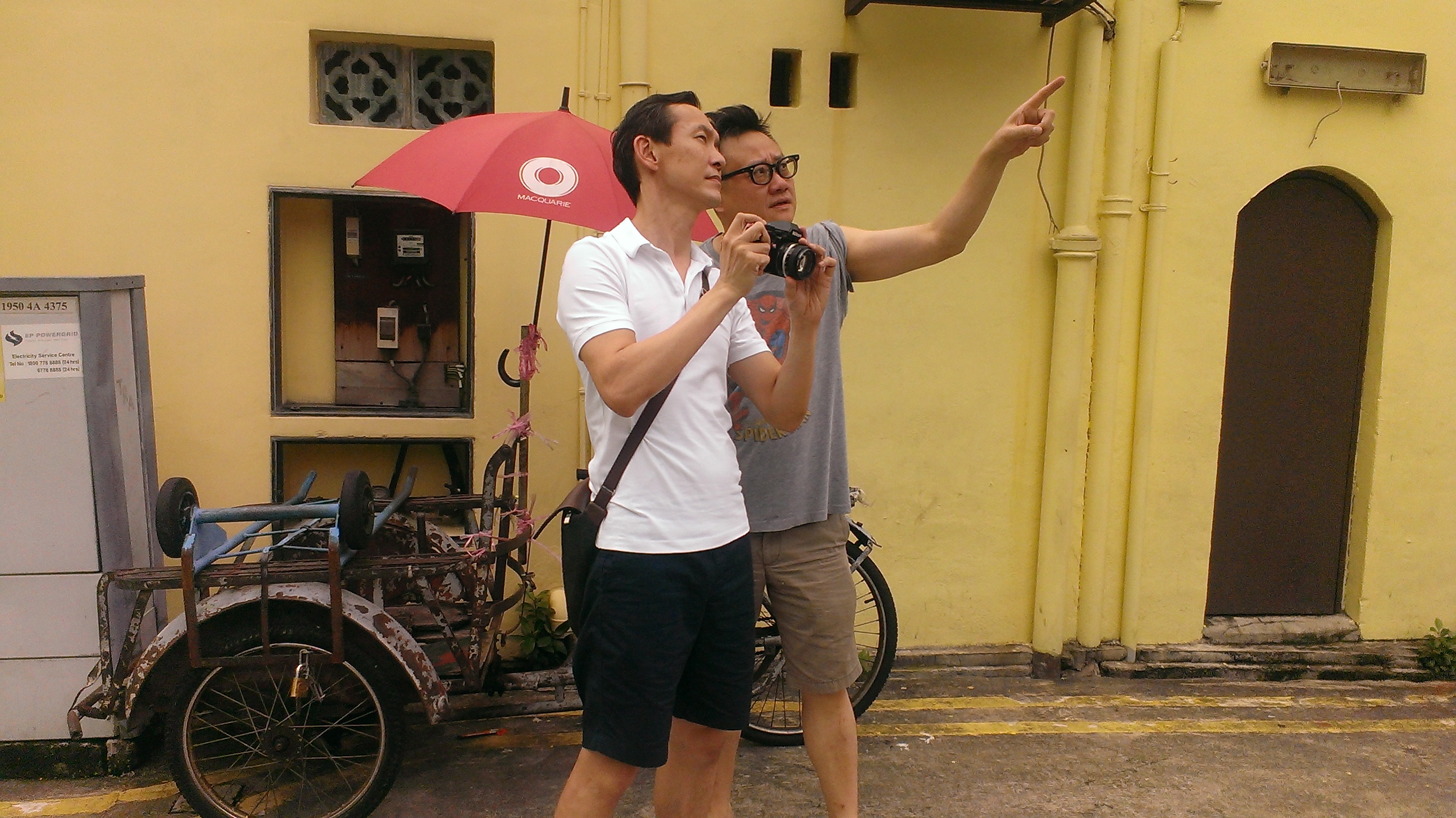 Mention Eric Khoo, and ‘Mee Pok Man’ and ’12 Storeys’ certainly come to mind. In 2005, his film ‘Be With Me’ — based on the life of Singapore’s Helen Keller, Theresa Poh — opened Directors’ Fortnight at Cannes. It broke new ground then as the first film in Singapore to detail a lesbian scene.

1. Hello Mr. Khoo, 2015 seems to be an exceptionally busy year for you, what with ‘In The Room’ and ‘7 Letters’ coming up. Can you tell us about these two SG50 productions, and what they mean to you?

They are very close to my heart and I had a wonderful time creating and directing these two special films. My team worked really hard on them and they were simply amazing — we shot ‘In The Room’ in ten days! I was also blown away by my local and international talents from England, Malaysia, Hong Kong, Japan, Thailand and Korea.

As for the specifics in each movie, well I guess you’ll have to go and catch them in the cinema to find out for yourself. I do hope that these films are as much fun to watch as it was to produce them.

2. Your story in ‘7 Letters’ will be a tribute to the golden age of Singaporean cinema and the pioneer generation of filmmakers in Singapore. Is there a particular local production which struck a chord with you in your early years with cinematography?

As a kid, I enjoyed the Pontianak productions and even till today, I am still fascinated by such genres. I do believe that each and every Singaporean film maker contributes to our unique heritage.

Haha — will leave that to your imagination!

One of the tips that I can definitely share with you about the film making industry in general is that considering the number of hours that are spent on site, it is really important to ensure all your media files are properly backed up. In this day and age, productions are also often edited from a variety of locations.

To get around this and at the same time ensure that files are properly backed up, we set up our own personal cloud in the office. Brands such as WD, which we use, have private cloud offerings that are value for money.

4. How were you first introduced to the world of cinema?

My mother brought me to the cinema when I was a very small boy and we spent many hours every week watching films. She got me hooked.

5. Not many people know that you were once a comic artist. Can you share the inspiration behind some of your comic drawings?

I grew up on a diet of Marvel superheroes, but as a teenager, I started reading alternative comics.

My works were at one point deeply inspired by Japanese manga artist, Yoshihiro Tatsumi. I eventually made a film about him.

There is a third one, a tele-movie titled ‘Wanton Mee’ which will air on OKTO Channel’s Directors Show Case in March. Though titled ‘Wanton Mee’, the film does not focus on the dish. Rather, it examines the passing down of Singapore’s food and hawker culture to the younger generation through a journalist character.

I hope this one will get your stomachs growling! Singapore does after all have a very unique food culture. I’m sure that you can definitely find almost every cuisine in the world here in Singapore!

7. What is the one Singaporean food you can’t live without, should you be marooned on an island?
Hainanese Curry Rice, a dish that cannot be found anywhere else in the world!

8. What are your words of advice to aspiring filmmakers?

Keep shooting shorts and if they are good, you’ll find an audience and eventually you will find a way to make that first feature, if you are determined enough.

You need to invest in reliable equipment that will work for you and your creations. They don’t have to be expensive but they should be hardy and handy. For example, you have to ensure that all your media files are properly backed up — if you lose a file to corruption, you probably cannot recreate the exact same footage again.

9. Tell us three things which are very Singaporean about you.

I love my local food, I enjoy complaining, and am always looking for a better deal.

10. Are you looking to cast Singaporeans in any of your films? If so, how can they audition?

Here at Zhao Wei Films, we are always excited to get local talents to be a part of our films. They can contact us at zhaowei.com.