You Could Be More Involved In Crowdsourcing Than You Think 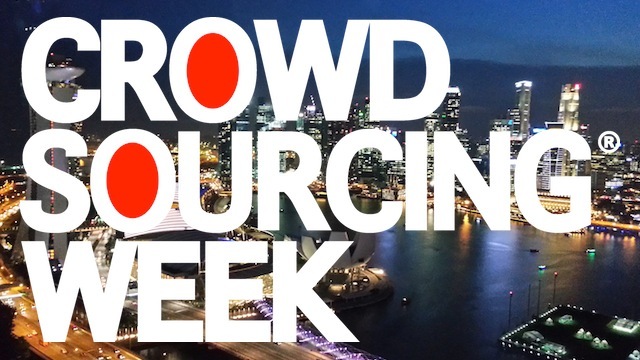 Crowdsourcing has been steadily gaining a loyal following in recent years. From businesses to non-profit organisations, many are turning to crowdsourcing as a way to fund their projects. In fact, events like Crowdsourcing Week Global have been held regularly in the past couple of years, and is set to return this year with Singapore as one of its stops.

It will be held at the Genexis Theatre from 20 to 24 April, and attendees will get to interact and learn from leaders of the core crowd economy. The five days will be packed with talks by influential speakers, as well as intensive workshops on how to carve a niche in the market. Speakers include Coin Republic founder David Moskowitz, eYeka Global Director Joel Cere and Airbnb‘s Regional Manager of Southeast Asia and India, Jia Jih (JJ) Chai — all of whom have used crowdsourcing to fund their businesses.

At first glance, events like Crowdsourcing Week may seem to put the focus on commercial and social enterprises. But the real celebrity of such conferences is actually you — the consumer-producer — because we’re more involved in crowdsourcing than we think.

Believe it or not, you probably have been part of the crowdsourcing process. Different types of crowdsourcing include cloud labour, crowd creativity, crowdfunding, distributed knowledge, and open innovation.

Cloud labour is when freelancers receive job updates on platforms such as Dropbox or Google Drive. These jobs can range from simple to complex tasks. Individuals who choose the cloud labour route avoid getting stuck in 9-5 jobs; they are their own bosses, and have control over what they do with their time. They also have the pleasure of working for companies they connect with.

We are most familiar with crowd creativity when they come in the form of design contests. You see them all the time around Singapore: the next time you board the bus, look out for the artwork submitted by primary school students for SMRT’s “Hold On!” campaign.

Crowdfunding is the core business of Crowdonomic, Kickstarter and Coin Republic, where people contribute funds to a cause or business they support. These funds don’t just come in the form of cash; they may also consist of Bitcoin, an online-only currency.

“There have been several multi-million dollar crowdfunded campaigns using Bitcoin. These include Mastercoin, Ethereum, Maidsafe, Storj, and today’s just launched Factom,” says Moskowitz. He explains that by using Bitcoin, crowdfunding companies get more flexibility with incoming payments independent of a central authority. This allows them to have “a direct peer to peer (p2p) crowdfunding campaign. An open source system called ‘Lighthouse’, allows you to set up a decentralized campaign.”

Distributed knowledge has created some of our most commonly-used tools, such as Google Translate and real-time traffic conditions on Google Maps. Even Wikipedia uses crowdsourcing for new content to be uploaded onto their website.

Open innovation, like the term suggests, is a system where people source for suggestions and skills which go into creating a product or service. For instance, e-commerce website Threadless relies on artists to submit their designs for print, and vote for t-shirt designs they think the company should manufacture. Android and Apple apps are also examples of how companies use talent outside their organisation to create quality content.

Would Your Life Be Different Without Crowdsourcing?

Crowdsourcing is inextricably linked to social media, and based on last year’s Crowdsourcing Week Global, it’s evident that it has gone one step further towards connecting people to causes. As a concept that has been around for a while now, we can only expect it to grow even bigger.

That said, there are also groups of people who are skeptical of crowdsourcing, citing reasons of labour exploitation, preference to keep innovation within the company, and risk of sabotage from someone in the crowd.

If these groups of people get their way, though, and crowdsourcing does indeed disappear one day, how much will our lives in Singapore change? Well, quite significantly.

To eradicate crowdsourcing is to stop people from seeking help and providing help. Crowdsourcing has enabled crowdfunding for commercial startups, as well as towards humanitarian causes. Society won’t be crumbling to ashes with its disappearance, but without it, a lot of the power that individuals now have as backers of crowdfunded projects will be taken over by corporations — which may be churning out solutions that are not necessarily the best. Without relying on the wisdom of crowds, life will get a little bit more mundane, and even a little less humane.

Crowdsourcing has enabled us to reach further into uncharted territory. It has always been interesting being on the consumer end, but a backdoor peek into the thought processes that go into creating the cool things we see on crowdsourcing platforms is not to be missed. If you’re a supporter of crowdsourcing, or are looking to start your own crowdsourcing project, Crowdsourcing Week might be the push you need to take the next step to becoming the next entrepreneur.