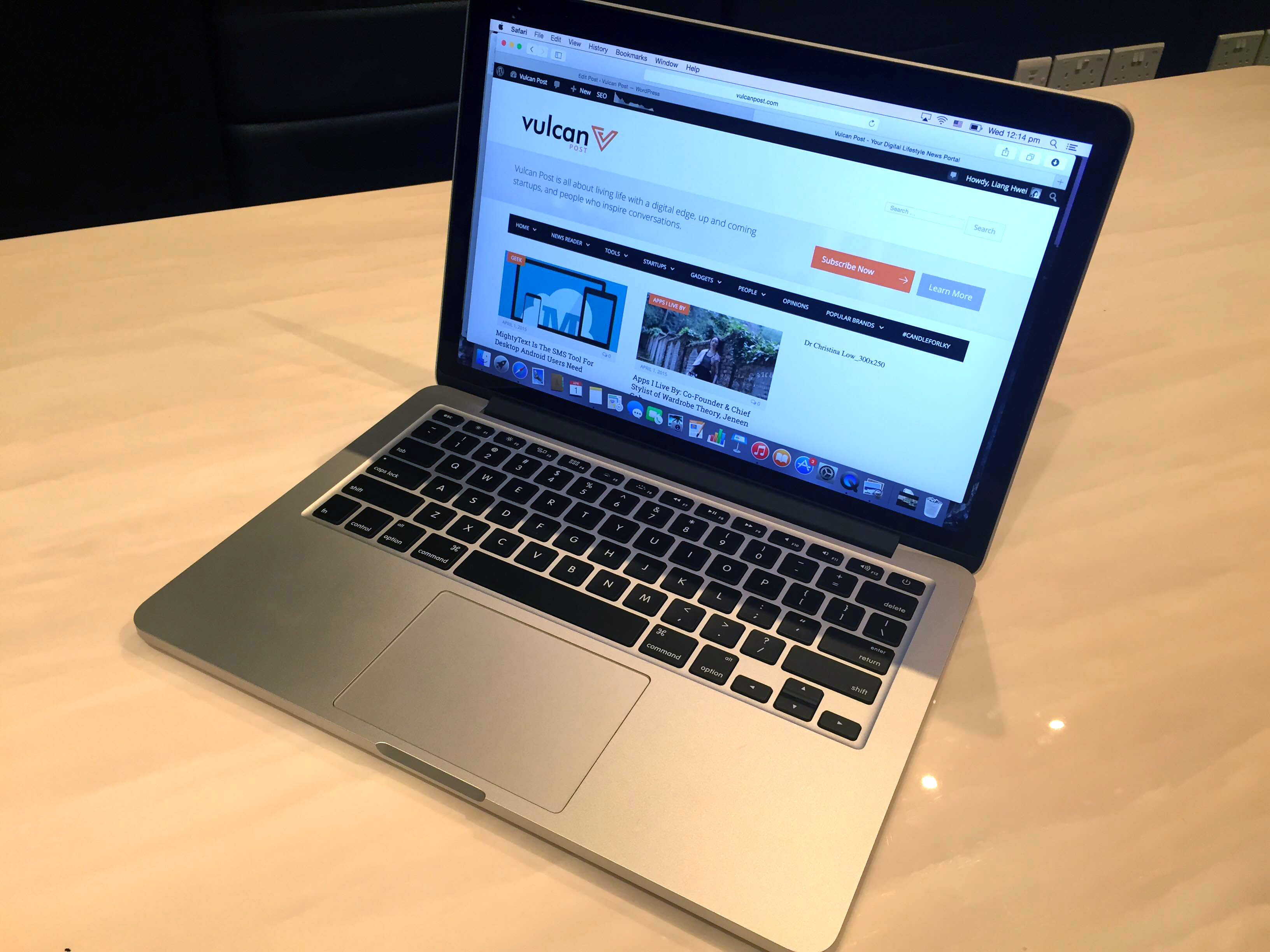 Force Touch is alive and well in Singapore. It made its debut last month, shortly after its introduction at Apple’s live event. According to a FastCompany interview with Tim Cook, he said that Force Touch brings another “dimension of a user interface”, which “makes the screen seem larger, in some ways, than it really is”.

We got hold of a Macbook Pro with the new Force Touch trackpad, and we had a feel for ourselves. While manoeuvring the new trackpad took a little getting used to, it eventually opened up new capabilities that were fun to explore, and even made me think a little bit harder about what it means to be an Apple user.

But more on that later.

Force Touch will allow you to preview a link before you click, scroll through the other website, and add it to your reading list if you want. If you scroll through the link and find something you like — such as the feature of Christabel Chua in our article on top Beauty Gurus — then just click through, and you will be brought to that section of the article directly.

When you click through on a link that leads to a video, the video will also start playing immediately.

If you see an unfamiliar term or word, just force touch it and you will be able to open its Wikipedia page or Dictionary definition.

You can also force click on an address to open up an address preview — though this function doesn’t seem to work very well for Singapore addresses. Complex ones, like that of local dessert cafe Creamier (Lorong 1 Toa Payoh), doesn’t even seem to register as an address.

You can also force click on a time (in this case, tonight at 7pm) to create a new event.

The biggest potential of Force Touch lies in its ability to recognise different levels of pressure. This is most obvious if you open up Quicktime, and try out its fast forward or rewind options — you will be able to feel what seems to be several layers of clicks, which, in actual fact, are many instances of haptic feedbacks.

The feature is also apparent in the trackpad writing option for the Mandarin language — strokes are thicker if you press harder as you write. This also works especially well for signatures in Preview.

This also means that the trackpad has the capability of becoming a fully-functional art tablet, which is great news for creatives. This was first made possible by Inklet, an app that helps turn your trackpad into your favourite Wacom tablet.

The technology behind the Force Touch trackpad is astounding — not because of the functionalities that it provides, but from the sensation of clicking that you get. The keypad, while it feels like it is clicking down the way the old mousepads did, is actually sending out what they call haptic feedback — a sensation that makes you believe that it is clicking down, when actually it isn’t moving.

One trick to test this: try clicking on the trackpad while the Macbook is switched off. Nothing happens.

This haptic feedback will react to you when you try to fix the alignment on a PDF form or adjust your Finder window, giving off a click-like feeling to tell you where the best alignment is.

Some in the Vulcan Post team did have feedback that they found the Force Touch hard to click through, saying that “it feels like it’s going to break”. I personally didn’t have a problem with it, but there is an option to adjust the pressure of the ‘click’ needed in System Preferences. Other than that, I guess it’s just something to get used to.

The Different Faces Of Force Touch

There is really no doubt that Force Touch represents a great leap in technology; something that Apple’s direct competitors haven’t picked up on yet. And it brings to the Apple brand a level of innovation that their fans have been crying for. However, the functionality of Force Touch also begs a new question — what kind of Apple user are you?

The classic definition of an Apple user is one who’s creative and innovative, and who uses his/her MacBook to its full artistic capabilities. But how many of us really do? It’s easy to talk about the potential of Force Touch moving forward, even to talk about the sensors below the trackpads that measure the force of our touch — but to a user approaching a MacBook with Force Touch for the first time, the offering will seem meek.

The most commonly-used features will probably be link preview, or at most Wikipedia searches — QuickTime isn’t that common a tool amongst the well-informed, and what’s the point of calligraphic writing on trackpad handwriting when the characters all come out the same? Unless a third party comes in to create more uses for us, Force Touch will just seem like an overhyped addition to a perfectly fine trackpad that we may eventually learn to use — the same way we did before.

My verdict? The Force Touch is interesting and great for artists, but underwhelming against Apple’s marketing efforts. I have always been an Apple fan, and I was awed by its haptic feedback and pressure sensitivity. It’s astounding to imagine the possibilities that the new range of MacBooks will unlock (like Touch ID for iPhones). But unless you bought the laptop to admire its build, the excitement will wear out and simply integrate into your everyday routine, which, depending on how you look at it, could be either bad or good.

For now, I’m just more aware of my clicks than I was before, and wondering how much an Apple mouse with Force Touch will cost.