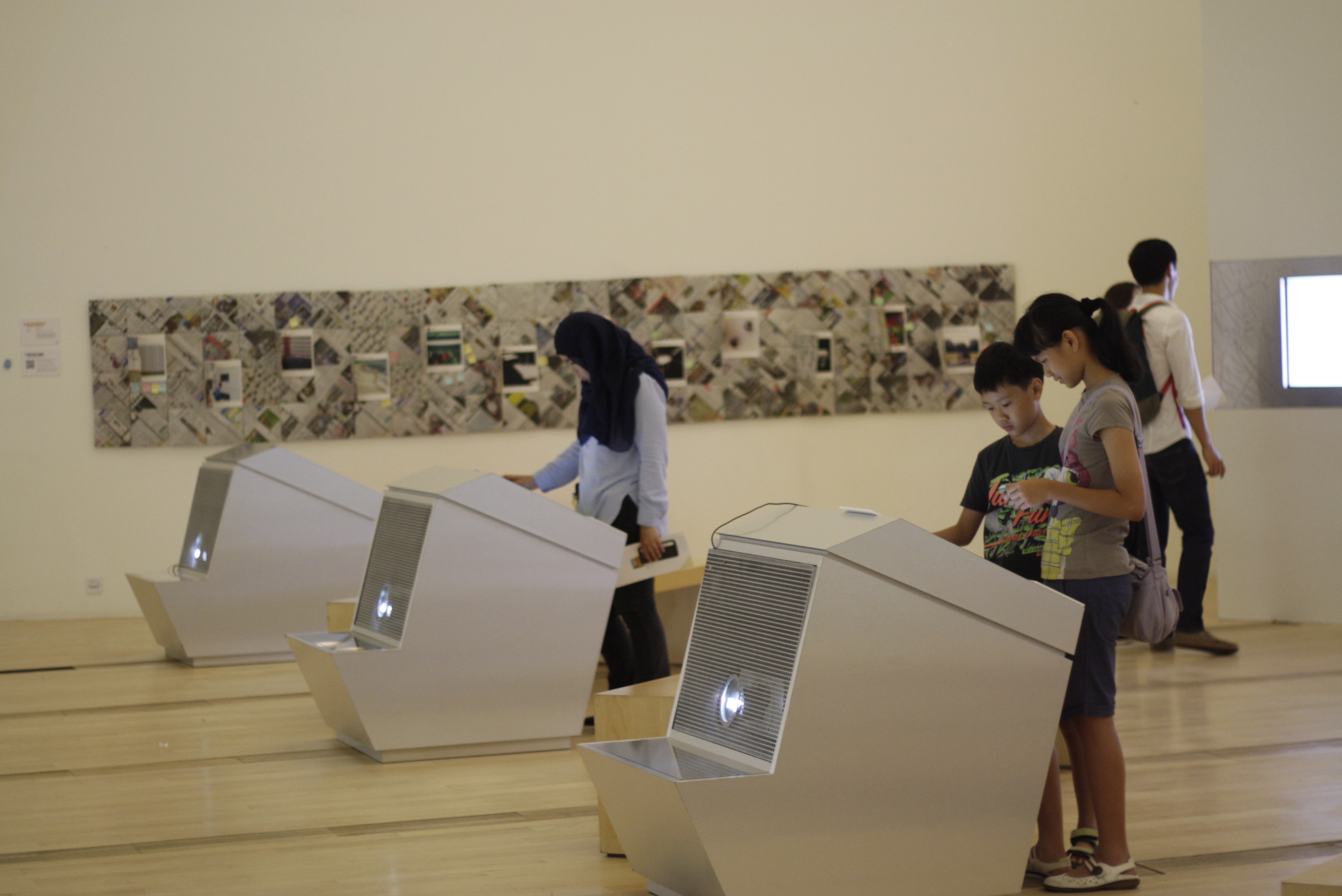 If you are wondering what the future of Singapore looks like, Random Blends 2015 shows you exactly it.

Random Blends is an annual exhibition conceptualised and organised by students and faculty members from the Communication and New Media (CNM) department in National University of Singapore (NUS). Started 7 years ago, this radical event pushes the boundaries of innovation and creativity while adhering to a particular theme.

This year’s exhibition, entitled “Inter (_______)” (pronounced ‘Interspace’), celebrates local nostalgia by evoking collective thoughts, feelings and hopes for Singapore through an unconventional incorporation of interactive, mobile and location-based technology. It runs from 4-6 April at the Art Science Museum.

If a look into the future is not enough to draw you there, here are 5 more reasons to do so.

I’m no museum-tripping art fanatic, and the mere thought of attending an exhibition bores me. Standing fixated at one spot admiring works of art while simultaneously trying to engage in meaning-making just isn’t how I roll.

Yet surprise, surprise: I managed to spend 3 full hours at Random Blends 2015 doing exactly that. And I wasn’t the only unusual one thoroughly engaged: there were kids, elderly, parents, tourists, foreigners and students all appreciating the same exhibition, albeit in different manners.

With the kids gravitating towards the interactive games and storytelling booths, the adults were free to wander and lose themselves in the heavier stuff like the photography series that challenged perspectives or a riveting Infographic about World Poverty.

The concept behind each work is easy to grasp because it either resonates well with Singaporeans, or is a familiar social issue to all.

Held in conjunction with SG50, many of the pieces have a local tinge to it. A particular crowd favourite was Scrap Snag, an interactive role-playing game involving Singapore’s iconic Karang-Guni man and government personnel, both racing against time to snag the trash.

I particularly enjoyed the exhibit entitled ‘Streetsauce’, which I heard belongs to a professor of the department. Revolving around the social issue of female homelessness, Streetsauce is designed as an edible interface that conveys public engagement in the issue over the sense of taste.

It was tough to wrap my head around the idea of ‘tasting’ technology. So in the simplest explanation possible, this project is about a sauce made out of elements from a homeless woman’s story. Whacked out, but a revolutionary idea that definitely deserves a visit.

You get to mingle around with intellectual people, drink orange juice out of fancy glasses at Singapore’s finest museum, all at the price of nothing. Need I say more?

4. A glimpse into Singapore’s future

What would an ultimate Smart Nation be like? Well, take a tour around the exhibits and you’ll get a pretty good idea.

Imagine having the ability to become a walking jukebox and be defined by the type of music you enjoy. ‘Do You Wanna RVSP (Radio Vinyls Songs People)’ – a poster detailing a futuristic interactive application – might just allow you to do just that.

Or what if the music you heard in malls, or anywhere for that matter, was created out of the motion of people in your surroundings? Exhibit Inter (Fuse) makes that possible. By installing Bluetooth sensors at various points around the entire exhibition, visitors’ movements are pulled as input to an interactive music installation. In simple non-tech jargon – each location at the exhibition corresponds to a particular note. So if there are visitors present at that location, a note plays.

Who knows, the next National Day song composition might just employ this technology — a song about our Nation, literally.

5. Our next Generation Gamechangers

In between all the fun of slaying monsters and scrolling through comic art, it dawned on me that this carefully curated exhibition is more than just the handiwork of a bunch of local university kids. It is the produce of our next generation leaders.

These young twenty-something year olds — albeit lacking in life experiences — are brimming with ideas, motivation and passion that have the potential to create inspiring tools and movements that could forever alter the way we live and think. I find this especially heartening and reassuring news for a nation struck with uncertainty after the loss of our founding Father.

While we should never forget the trials and tribulations our forefathers endured to lay the foundation of our country, it is time to welcome a new ara and recognise that Singapore’s future looks just as bright as how it looked to Mr Lee Kuan Yew, 50 years ago.