What Do Singapore’s Watchmakers Really Think About The Apple Watch? 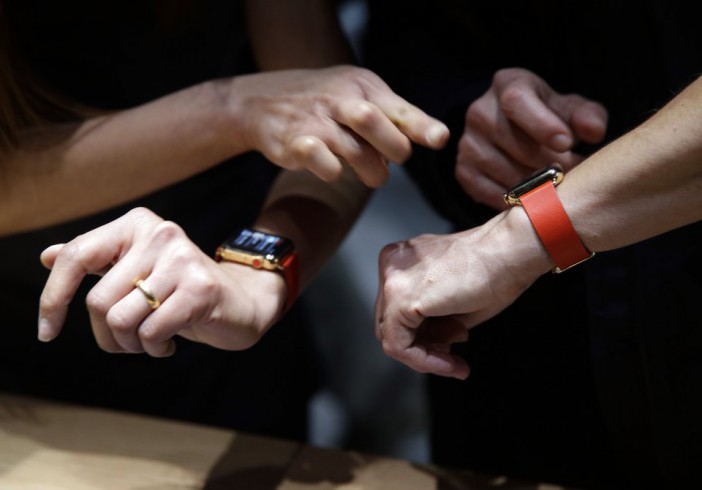 (Editor’s Note: Parts of the article containing quotes by Reed Tan of REEDSCO Watches have been edited upon his request to reflect accurate opinions.)

The Apple Watch won’t be sold directly in Singapore anytime soon, but this won’t stop locals from bringing the watch in from overseas. The appeal of the watch is not surprising; it is expected to be of superb workmanship and functionality given its price range. And although the Apple Watch may not compete directly with luxury timepieces that were handcrafted piece by piece, it will set a precedent for a shift towards incorporating smart technology into the one of the world’s oldest personal devices.

As expected, many watchmakers are on their toes about the Apple Watch, because if history were to repeat itself — recall Apple’s foray into the mobile phone and music industries — it will change the way the watch industry operates. That said, they have explained that they are not exactly threatened by its presence — and won’t be — even if it does eventually hit Singapore’s shores.

What Local Watchmakers Are Saying

Before we make any conclusions that the industry of the analogue timepiece is doomed to perish, let us take a step back and listen to what the people in the industry are saying.

Local watchmaker Elshan Tang has been involved in various watch projects on crowdfunding site Kickstarter, and his campaigns have garnered attention not only in Singapore, but abroad as well. His latest offering Ventus was inspired by the pilot watch of WWII, is already close to 600% funded with nine days to go till the end of the campaign.

Traditional watchmakers like Elshan hope for their timepieces to become family heirlooms. They focus on the heritage of their skill and the appreciation for classic timepieces, and not just on making fashion statements. When asked if he’s looking to create a wearable of his own, he replied, “Unfortunately no, even though wearables seem to be the trend for the next couple of years. I might probably explore [infusing wearable technology] under a different brand.”

“While the only obvious similarities between them are their ability to tell time, watches of today evolve more than our basic needs of merely telling the time.”

A watch today can act as a fashion accessory, timeless symbol of status or even a fragment of sentimental value as a heirloom. In this case, the Apple watch, in my personal opinion, is a IT gadget, built to improve productivity in our lives.”

It seems that while local watchmakers are aware of what the Apple Watch may bring to the industry, they’re making it clear that what they do is wholly different from what Apple bringing to the table — and they’re proud of it.

They might not necessarily have to worry about dwindling sales either: according to a report released by Euromonitor International, watch sales in Singapore amounted to $1.7 billion last year. A preference for luxury goods, coupled with rising disposable incomes of many Singaporeans, means that it’s not so much a question of whether we’ll be able to afford the Apple Watch, but whether its appeal will be strong enough to lure us away from traditional luxury timepiece brands like Swatch and Rolex.

And creatures of habit as we humans are, we might well choose to continue supporting our favourite watch brands — regardless of whether they make use of wearable technology in their designs.

The Apple Watch: A Welcome Innovation To The Industry?

Wearable technology has been around for quite some time now; Apple is hardly the first one to adopt it, though it is clear that no other wearable has been met with the same level of anticipation as the Apple Watch — thanks, presumably, to the brand’s influence.

That said, the watch is set to get a headstart on the Internet of Things trend by combining communications and fitness in a single wearable gadget, with synchronisation of functions across devices.

At the very least, Apple will be shaking things up for industry players — though that might not be a bad thing. After all, while the iPhone did essentially wipe out the Nokia phones of old, they also made the industry think out of the box: the iPhone was not the first smartphone ever created, but Apple challenged the norm by designing the first smartphone with a multi-touch display. Thanks to this development, amazing apps and startups were established thereafter to support both Apple and Android devices, making our lives more convenient.

As Reed further pointed out, “I think watchmakers generally shouldn’t be too worried (about) competition by the Apple watch if they segment their customer market correctly. However, this doesn’t mean we should not keep an eye out for any industry changes. We can’t assume that the needs and wants of our customers will remain same over time.“

Overall, it would seem that local watchmakers are open to innovation coming into Singapore, but remain prepared for the worst. As Singaporeans continue to savour the intricacies of the analogue watch, watchmakers like Reed and Elshan hope to prevent the art of horology from ticking away: “Customers are fickle-minded, we need to understand how our customers think and feel.

“Who knows: one day, Apple might work together with the Swiss watch industry to come out with something new.” Who knows, indeed.

Also Read
TripAdvisor Comes To The Apple Watch; Is The Wearable Becoming The Next Travel Gadget To Own?
Categories: Products, Opinions, Must Read, Geek, Singaporean