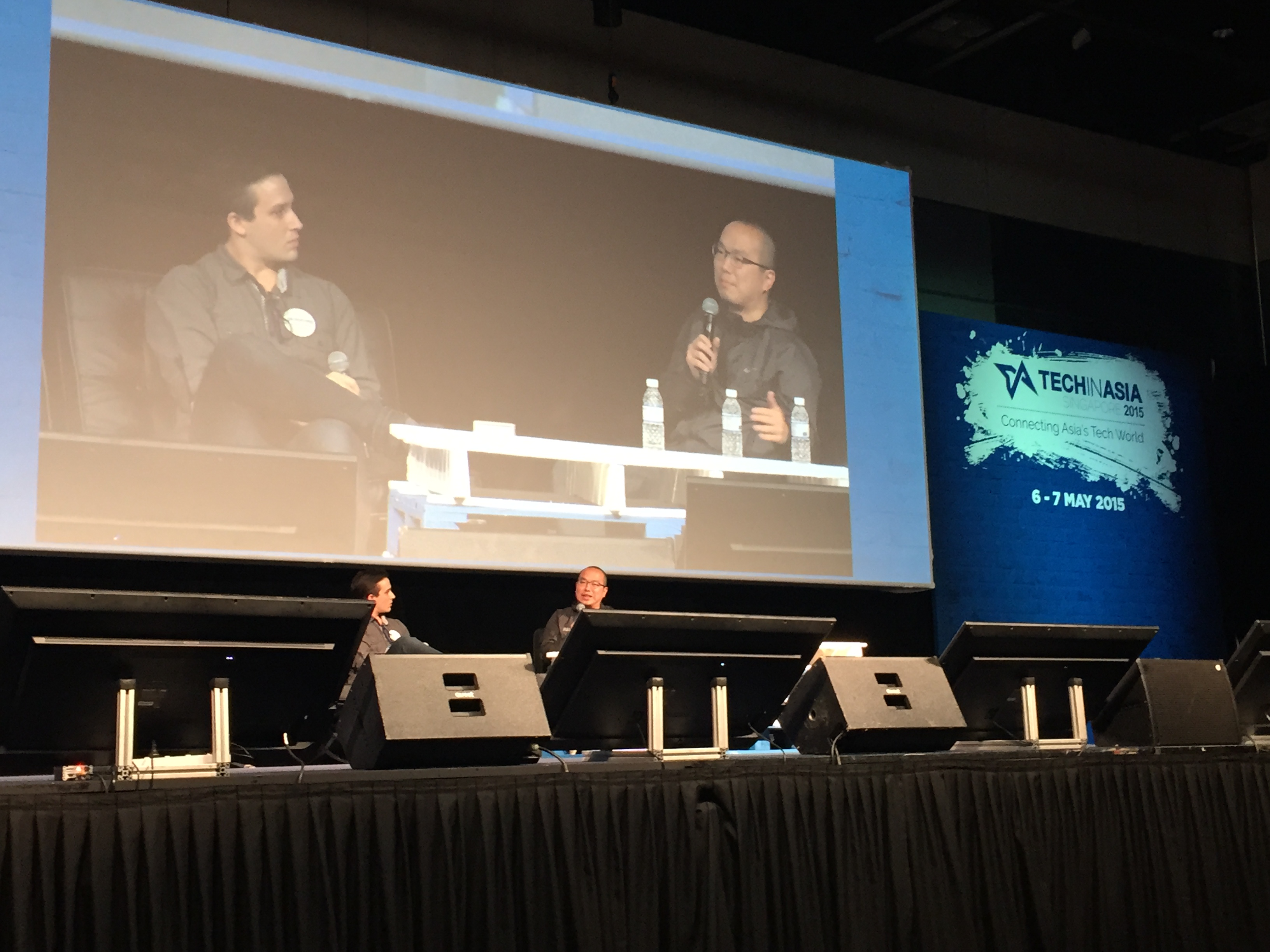 If you recognise these faces or these memes, then you probably know about 9GAG. Whether you scroll through it as you procrastinate at work or while sitting on the toilet, the success of 9GAG is unprecedented. The side project of 5 co-founders from Hong Kong has now grown into one of the cornerstones of online popular culture.

Ray Chan, co-founder and CEO of 9GAG, spoke at the Tech in Asia Conference 2015 about how the Hong Kong-based startup became the biggest funny site in the world. Back when it started in 2008, Facebook wasn’t popular in Hong Kong, and the team thought it was too difficult to share a funny picture. At the time, you had to save an image onto your computer before uploading it onto popular messengers, which was MSN Messenger then. So why not build a website, they thought, and just share a link?

“At the time, we were crazy, but not crazy enough to believe we could grow into this size,” said Chan.

The project wasn’t even a focus of the group, who were busy building other “more useful” projects in a 3-5 man team. Chan, a Law graduate who identifies as the “the guy that talks more than [he] work[s]”, was the idea guy who often churned out idea after idea. After advice from his younger brother and investors, they decided to focus on one product at a time.

Years later, 9GAG.com has garnered an amazing following, with 70-80 million unique monthly visitors, mainly from the US and Germany. The 9GAG app has 7-8 million active users. Chan jokingly apologised to these loyal users, who sign into the app almost every day: “I’m sorry for wasting their time.”

When asked what his lowest point in the 9GAG journey was, Chan recalled how the team had relocated to Silicon Valley to work with Y-Combinator and later 500 Startups. Then, they had stayed in a hotel, sharing a bed with his brother for 2 months.

“Once, we forgot to renew the hotel, so we had to rent another place at Airbnb. But we only had one bed, and we wanted to save money,” he said. “All of us slept together in a bed for a week. It’s really weird waking up touching someone else’s body, and he’s not your girlfriend.”

Not being a fan of the advertising model — a revenue model that supports several publishers — Chan decided to expand. Now, 9GAG is looking to work with gaming companies. It’s a natural partnership, after all, as they share an audience with time to burn. It’s part of 9GAG’s aim to ‘solving the discover problem’.

In December last year, 9GAG tested the waters and released a game with Indonesia’s Touchten called RedHead Redemption. Within 3-4 weeks, they had garnered 1 million installs, which Chan admits is not a very big amount, but “significant for any game developer”.

Chan also shared that gaming is definitely in 9GAG’s future, and will be a main focus of the team. Earlier this year, 9GAG also released 9Chat, an interest forum on mobile.

“Following Your Passion” Is Bullshit

Having worked with both Y-Combinator and 500 Startups, Chan shared that he has learnt two different lessons from working with both accelorators. Y-Combinator has a focus on creating products that people want, while their mentor from 500 Startup focused on staying data-centric in their growth.

But one bad advice that is often shared in the startup space, according to Chan, is to “follow your passion”.

“To be honest, there is always advice from speakers to “follow your passion” — I think that is bullshit. Because even for me, my passion isn’t funny pictures, my passion is staying at home playing games. But 9GAG is something I don’t mind spending time on.”

What’s more important, according to Chan, is determination and the value of your product. Being one of the biggest user-generated content websites, he shared that there are many up-and-coming startups focusing on user-generated content. He cites VideoSelfie, an app that includes filters and stickers into videos.

But the focus for user-generated content businesses isn’t in the content, but in the people and community.

“People love funny shit. But when we look at it, or when investors look at it, it’s not about the funny picture but about the audience. I think that’s why we have decent valuation,” said Chan. “The question is how you can make it big and how you can monetise.”