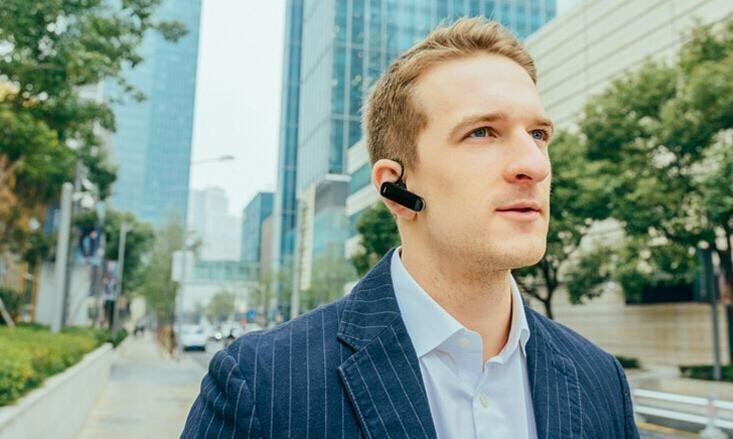 One of the most forgotten wearables is the bluetooth headset. Before the smartwatch or even Google Glass, these little mechanisms are gelled into one of your ears, perfect for picking up phone calls with a tap of a finger.

But moving on from the stigma of being the weapon of choice for shouting uncles in a public place, the bluetooth headset has been catching up. One such headset, the Jabra Boost, has now made it so you can activate Siri and Google Now with a tap of a button, getting iOS and Android users information they want with a single move.

We had a chance to try out the Jabra Boost for ourselves. Launched in March this year, the Jabra Boost comes in three color variants, Black, White, and White and Gold. It comes with ergonomically designed EarGels, so that the headset stays in place comfortably as you go about your daily life. For people not used to wearing headsets around, it may seem strange or awkward, but after some time you tend to forget that it’s there. It helps that it’s pretty small, from knuckle to nail, enough for it to be hidden behind my hair if necessary.

The set up is easy as well — you turn the device on, stick it in your ear, and it tells you what to do with step by step instructions on how to pair your device. In less than 5 minutes you’re up and ready to go. Phonecalls are easy to pickup — simply tap on the button covering most of the headset’s exterior and the call is picked up. It will also update you on its battery and connectivity status.

The most interesting part was probably using Siri on the headset. By holding down the large button, you activate your personal assistant, either Siri or Google Now depending on your phone, and it helps you fulfill the tasks by voice command. Your phone automatically goes into Siri mode, and she speaks directly into your ear, like Jarvis in the Iron Man suit.

When I first played with in the comfort of my office, I found it easy to use without raising my voice, the way I did when I tried Siri on my phone. The headset helps minimize the noise and receive clearer commands, especially in a room full of people. Picking up phonecalls was easy too, making me feel like a call-centre professional in front of my computer screen. Even in public, it still managed to receive most of the commands I made, though out of embarrassment I didn’t dare repeat my command again in a crowded hawker centre. Not everyone needs to know that I’m looking for the nearest ATM.

The gem of the Boost is definitely its battery life: with 9 hours of talk time and power napping capabilities, it is said to be one of the most power-efficient bluetooth headsets out there. This I saw for myself — a week with it with hardly any calls meant that the battery lasted all week . If I put it down, it would eventually power down until I needed it again. No one holds long conversations on the phone anymore. Anything more than a few minutes warranted a skype call instead.

One thing I didn’t get to try was using the Jabra Boost while driving, though I’d imagine that its where its super assistant power would help the most. Asking Siri for directions would automatically turn on Apple Maps, and the voice will speak directly into your ear — all you have to do is to press that button on your ear. It doesn’t work as well as “Hello Siri” if you have your phone plugged in your car, but I’d prefer a tap myself anyway.

The biggest issue I have with the Boost was the connectivity. There are moments while walking, even with my phone planted in my pocket, that the Boost will suddenly lose connection. Then it takes another minute to reconfigure the Boost to connect to my phone AGAIN. It happened a handful of times in a 10 minute walk, which was frustrating and defeated the purpose of wearing the headset at all. Other times, it worked perfectly fine, which confused me to no end.

The Jabra Boost is by no means the first headset to incorporate Siri, of course. Jawbone, Plantronics, and many others have come before it. I’m also not quite convinced still that I need a bluetooth headset in my daily life — I’m glued to my smartphone 24/7 anyway, so picking up a call isn’t much of a problem, not that I get many phonecalls anymore in this day and age. But for the hyperconnected, call-mongering professionals who wants a companion, Jabra Boost is definitely a choice to consider.