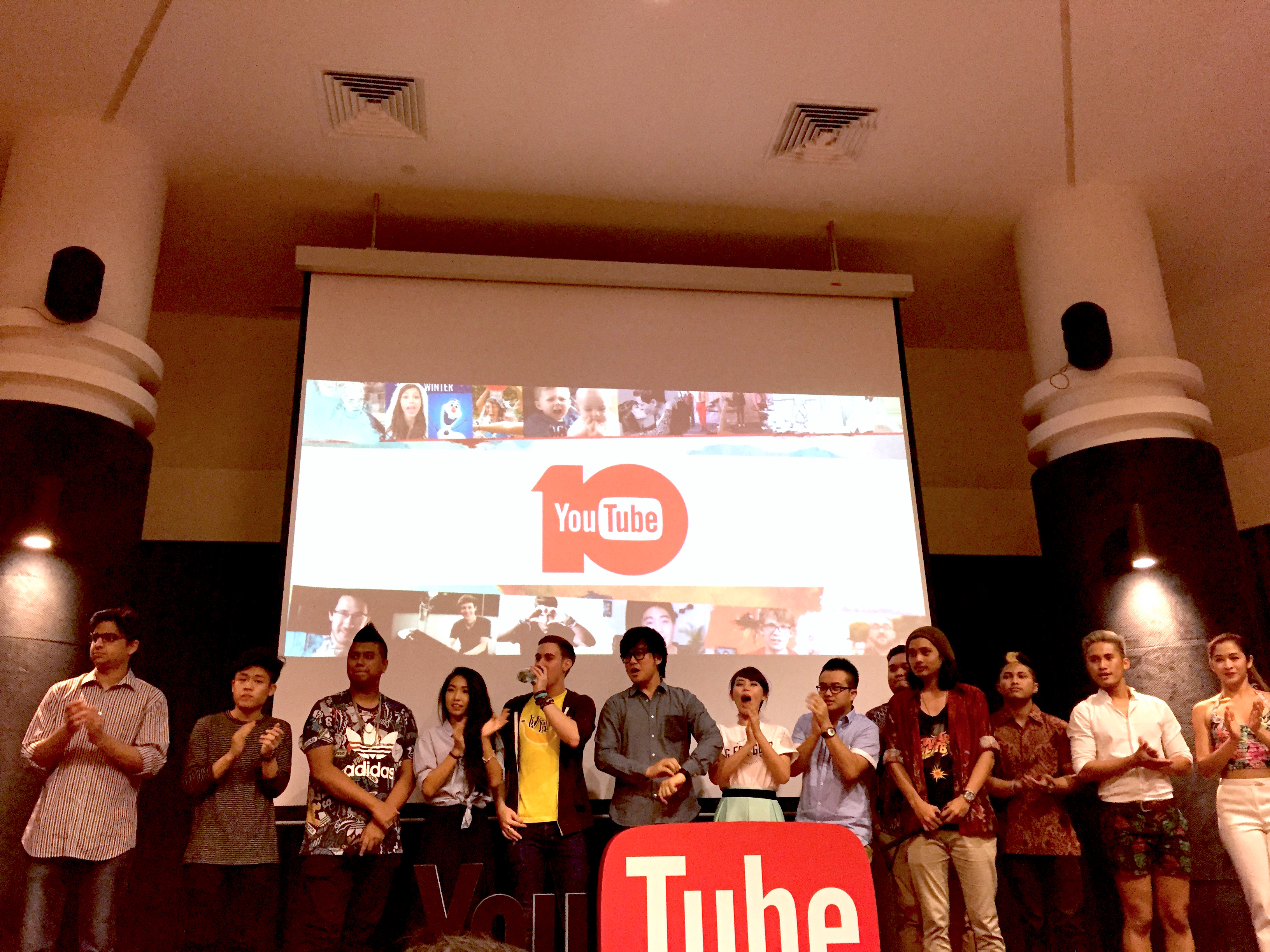 The YouTube FanFest 2015 (YTFF) kicks off today, with its first show at *SCAPE Singapore featuring an international lineup including Kurt Hugo Schneider, Tiffany Alford, and Wong Fu Productions, amongst many others. This year’s YTFF features 34 creators — the largest number yet — and 85% of them are from Asia.

At the press launch held yesterday, fans and media came to speak to YouTubers, and to hear from Director of Content and Operations for YouTube Asia-Pacific, Gautam Anand. He shared that Singapore is a market with a fast-growing creator base, citing success stories like local YouTuber JianHao Tan, who has 318,684 subscribers, and RyanSylvia, who has a 345,605-strong following,

He also revealed that Singapore has seen a 110% year-on-year growth based on the number of hours of videos uploaded from the country alone.

This year is an iconic one for YouTube, what with it being the site’s 10th anniversary, and Anand shared that YouTube has plans to use new technology to enhance the YouTube experience. This will include a new YouTube paid subscription plan, which provides ad-free video enjoyment.

“We look at ourselves as a technology platform, and we’re always trying to figure how to innovate, how do we create a better user experience. The (paid) subscription model is one piece of that,” he added.

In a bid to improve video quality, YouTube has been testing out several new features, including the introduction of 4K videos in 60fps (frames per second). YouTube has also tested out 360-degree videos, which is available on the official website and Android app, as well as on embedded videos.

“If anything I think it’s a fun challenge to always be playing with new technology. I’m thinking about, man, what can I do with 360 technology that people haven’t seen before,” he said.

The YouTuber lineup also spoke to fans and the press, answering questions about their process of video-making (“Yes, there was a muse, but no, we don’t date random girls just to get muses,” joked Phil of Wong Fu Productions), how to deal with haters (“Write to [their] principal,” said Dee Kosh), and their favourite food in Singapore (“McDonald’s had a Green Curry Chicken Sandwich”, according to Timothy Delaghetto).

Looks like fans are in for a real treat.