Singaporeans Band Together In Tragedy To #PrayForTKPS 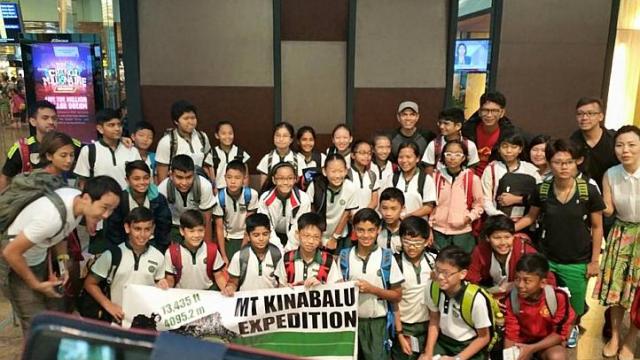 The students who made it safely home are also reeling from the loss of their friends.

“We are keeping an eye on our child to look out for any signs of stress that was caused by trauma,” said Mr Wing to TODAY, parent to one of the expedition survivors, Tristan. “For those who have (died), we feel their (families’) pain. We don’t think any parent should go through that.”

Today, Singapore will observe a day of mourning in rememberance for those who lost their lives to the quake. The national flag will be flown at half mast, and a moment of silence will be observed at the start of the day at all SEA Games venues. On social media, netizens have been banding together with the hashtag #PrayForTKPS to show their grief for the students that lost their lives, and the primary school that has been struck hard by this tragedy.

We weep as fellow parents, as fellow childhood friends, as a nation. #PrayForTKPS #SabahQuake pic.twitter.com/RtHy3OZjLX

Everyone just stop what you’re doing and pray for the tkps climbers. Pray for those who are still missing to return home safely #prayfortkps — Mirrah Amirah (@mirmirwat) June 8, 2015

#PrayForTKPS: We share in the grief at the loss of fellow Singaporeans. Our thoughts are with the families. pic.twitter.com/SJ2V2FLlMe

may your souls rest in peace dear angels. deepest condolences to your families. a huge tradegy for sg. #prayfortkps pic.twitter.com/hGGnrpabI4 — ¡ bunz ¡ (@nikhitxlisha) June 7, 2015

#prayfortkps this is so heartbreaking. Condolences to theirs family. And stay strong. 😢 pic.twitter.com/7FISrq0of5

#prayfortkps only god knows how the parents of this kids and teachers are feeling right now😔😓 pic.twitter.com/lpVXg0zn62 — žÿ (@izhafqh) June 6, 2015

Despite the joyous occasion of the opening of the sea games.We were sadden to hear the news of the earthquake in Sabah….

Posted by MusicFusionSG on Friday, 5 June 2015

For those who wish to pay their respects to the victims of the earthquake, a tribute corner has been set up at Tanjong Katong Primary School (TKPS) for the public to express their condolences.

We at Vulcan Post are grieved by this news, and our thoughts and prayers are with the students, staff, and parents of the quake victims.