How To Be A Pro At Fallout Shelter 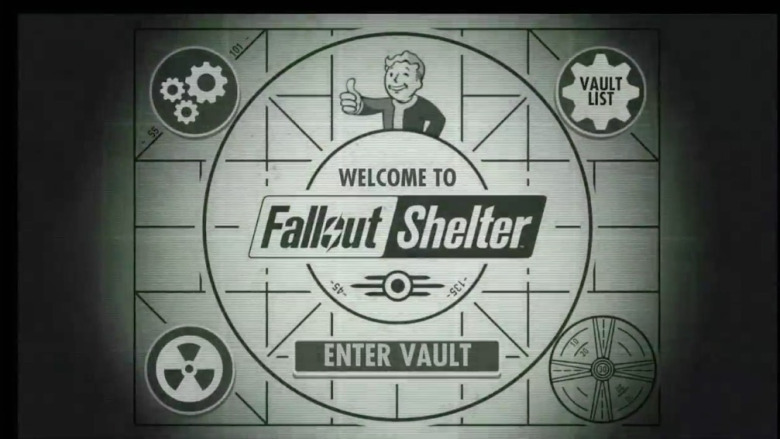 If you’re a fan of Fallout, you would have already heard that they released a brand new iOS game Fallout Shelter. Sure, it may just be a marketing scheme for Fallout 4 that’s due to be released in November this year, but since its release at the E3 conference, it has quickly become the hottest iPhone game of 2015, knocking Candy Crush Saga out of its No. 3 spot on the top-grossing mobile games chart.

If you’re not familiar with the storyline of Fallout, it’s okay; Fallout Shelter is great for anyone who is interested in strategy and resource management games. You play the Overseer of a vault, an underground hideout full of dwellers supporting themselves in a post-apocalyptic world. Your job is to make sure that your dwellers survive, are happy, and repopulate.

The game’s tutorial, however, isn’t a great introduction to the game. So if you’re planning to try the game out, here are some tips that we dug up from Fallout Shelter’s Reddit page, along with our own experience with the game. And no, it doesn’t involve buying anything.

How to assign people the right jobs

As you build rooms in Fallout Shelter, you’ll realise that each room has a letter code. These letter codes relate to the traits that each dweller has. A room with the letter A, like the diner, would require someone with a high Agility statistic to operate. A P room, like the water treatment room, requires someone with high perception.

These are what the SPECIAL traits will get you:

(C) Charisma: Reduced time to getting women pregnant. Also higher chance of befriending people in the wasteland, and reduced chance of getting attacked

(L) Luck: Amount of loot found outside vault, possibly increase amount of caps earned when work completed or lower chance of getting injured in an attack

How to make babies

No, this isn’t a sex-ed class. But if you’re a Sims fan, this part of Fallout Shelter may be something you’d enjoy. If you put a man and a woman into Living Quarters together, they will start flirting, and eventually hook up, with the woman getting pregnant every time.

She’ll even be able to work afterwards, and will have the baby within the day.

How to make people happy

Each dweller will have a happiness rating on them to show you how happy they are. It will decrease when they get sick or injured, but increase when they’re doing what they love.

When you go far along enough in the game, you can also buy a Radio Station, which will give all your dwellers an instant happiness boost.

You can survive in a post-apocalyptic world without the right resources. With specific rooms in place to mine these resources, you can keep your dwellers happy, alive, and safe.

For basic needs like food, water, and power, assigning the right people with aligned traits will help speed up production. If you’re really desperate for resources, you can ‘Rush’ production, getting the resources you want in seconds, but that may not always work out. If you’re really unlucky, Rushing will cause an outbreak of fire or an infestation of Radroaches, which will spread to other rooms or injure/kill your dwellers.

Other ways to get resources is to fulfill the goals set out for you, which will give you extra money and possibly lunchboxes. These lunchboxes are awesome as a backup — they’re very unpredictable in what they can get you, from clothing and weapons to money and power, but they’re good to have around.

If you’re very desperate, you can do the classic iOS mobile game cheat and fast-forward the time on your phone by 15 or 20 minutes. It totally screws with gameplay (and your phone), but it works perfectly in a desperate situation.

How to deal with raiders

If raiders attack when you’re unprepared for them, you’ll likely end up losing most of your dwellers in a massacre before the raiders get bored and leave, and infect the rest with radiation poisoning.

So to make sure that you’re ready for the possibility of an attack, upgrade the health of your vault door as soon as you have the money to do so. The higher the health of the vault door, the more time you have to prepare for the oncoming attack.

Next, make sure that you have two dwellers prepped and armed by the vault door as defenders. They should have a high level of endurance and luck, which would keep them from getting too injured in the battle. Have a stash of Stimpaks ready so you can increase their health when it gets too low.

Another trick that seems to work is having an unoccupied room directly next to the vault door. Raiders always try to take over the floor they’re on first before going into the elevators, so having Living Quarters or a Store Room right next to the vault door room would help as a buffer. Then, when they go into the next room, you can make your defenders follow them and continue the battle.

How to kill dwellers

Let’s say you took in a dweller who doesn’t have any real skills, but they’re sucking up your resources and space. As Overseer, you’d probably be tempted to kill them off. But can you?

Technically not, but like the gameplay in Sims, there is a way to get rid of them. Simply place them alone in an isolated room, like a diner or a water treatment plant with no weapons, and continuously rush the resources. Eventually something will go wrong, and he will either get burnt to death or get eaten by Radroaches. If not, you get a bunch of resources really quickly. Just make sure that the infestation or fire doesn’t spread.

But if you’re not willing to waste the money/resources, then just condemn them to the wastelands without any weapons or protection. They will eventually get injured and die out there, and be out of your way.

How to get rid of radiation poisoning

If you see the health bar of your dwellers turn red, it means that your dwellers have been over-exposed to the radiation outside of the vault. They will start complaining about glowing skin and hands growing out of their stomachs (though you don’t get to see it), and their happiness levels will plummet.

To get rid of all that radiation poisoning, you’ll need to set up a Science Lab to mass-produce Radaways, and start feeding them to all your dwellers. But Radaways won’t stay effective unless you have sufficient water, so make sure that your vault has enough water and power before you start feeding dwellers Radaways — or risk wasting all those Radaways you painstakingly created.

The tutorial to the game isn’t the best way to learn how to play it, so it may take a few tries to get gameplay just right. Instead of wasting it on your ‘proper’ vault, take up a training vault first so that you can get attuned to the gameplay and rules. Once you’re familiar with the tricks of the trade, start a new vault and do it right.

The dwellers in your new vault will thank you. Your old vault — not so much.

Also Read
How To Be A Pro At SimCity BuildIt
Categories: Lifestyle, Must Read, Geek, Gamer