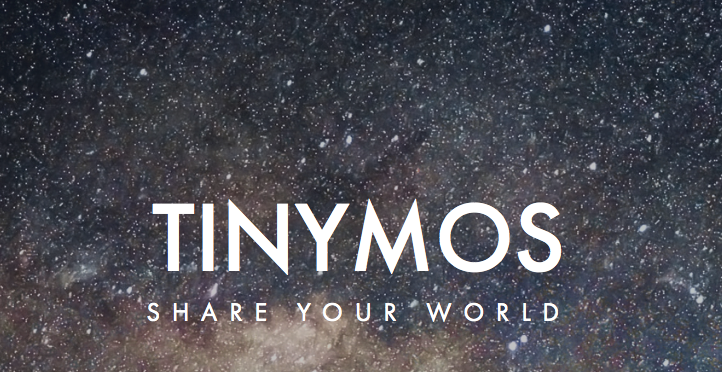 If you’ve been lucky enough to see the Milky Way first-hand on a dark night, you’ll know how strong the urge is to capture it in a photo — or ten. But this is easier said than done; few cameras are equipped with the necessary hardware to capture the night sky in such detail, while those that do are hardly portable.

The team behind TinyMOS, though, seems set on making that right.

They’ve created a camera called Tiny1, a, well, tiny camera that, at first sight, looks every inch like a toy, and doesn’t seem like it will be able to do much. This is how an early concept model looks:

But a visit to their website was enough to convince me that Tiny1 was designed to achieve great things. This picture of the Milky Way, for example — shot using a prototype — contains far greater detail than any photo I’ve ever taken (though that might boil down to my severe lack of skill in the photography department):

And despite its diminutive size, the compact camera houses quite the impressive array of features: its Quad HD resolution, for example, will allow users to capture detailed shots and videos, while interchangeable lenses mean that Tiny1 will perform in a variety of situations. Stargazing enthusiasts will be glad to note that the camera will come with a point-to-star system, a feature that will give you a helpful nudge in the direction of astronomy features like planets and nebulas.

Tiny1, while largely designed for astronomy use — it even has astronomy presets, so you don’t have to fiddle around much with individual settings — will be suitable for everyday photography too. As the TinyMOS website puts it: “Whether it is the stars in the sky, the star of Hollywood, or the star of your night, Tiny1 captures them like nothing before.”

Best of all? The camera will be built on Android, which makes it perfect for users who have it in mind to take Tiny1 even further than it already is.

If you need even more proof of what Tiny1 can do though, the TinyMOS team have it:

It’s evident that Tiny1 will have a lot going on for it specs-wise. But beyond the inner workings of the camera, I’m glad to see that the team is making Tiny1 pretty remarkable design-wise.

For one, the camera is made in a symmetrical, octagonal shape. This is said to improve shock resistance, which means Tiny1 will hopefully be able to withstand the likely knocks and drops that accompany most stargazing trips.

A symmetrical shape will also allow users to install Tiny1 inside their telescopes without affecting image quality, giving them the ability to capture those stunning Milky Way shots up close (or as close to the stars as telescopes will get us).

A lanyard hole further gives photographers the freedom to carry Tiny1 as a pendant or around their wrists, letting them move around unhampered.

Overall, the photos taken by Tiny1’s prototype point at it being a phenomenal product — one that I’m definitely keeping an eye out for when it becomes available officially. At a time when much of the photography world is still divided along the Canon versus Nikon line, TinyMOS truly does seem like a David going against two very well-loved, established Goliaths. And we all know how that story went.

The team has said that they will be launching their Kickstarter campaign soon, so watch this space for updates!

Also Read
I Brought The LG G4 On A Photoshoot — This Is What Happened
Categories: Products, Opinions, Geek, Singaporean, Gadget Enthusiast