The Projector: The Pandora’s Box Of Reviving The Golden Age Of Cinema 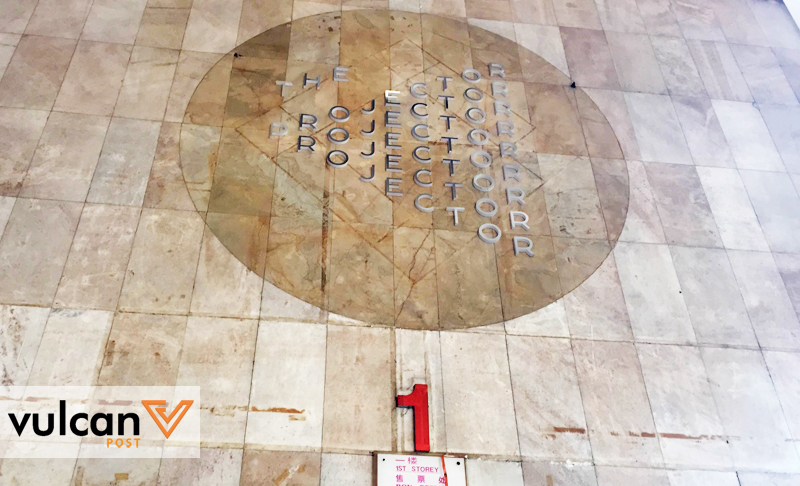 Walking past Golden Mile Tower, you probably wouldn’t expect much from it. Right outside, there’s a huge altar laden with joss sticks; the lobby has a few massage chairs set out in the open where some men are lounging, and some windows are blacked out to keep the privacy of various KTV lounges housed there.

But if you’re looking for it, you’ll see a massive sign above the first floor lifts, showing everyone exactly how to get to Singapore’s indie cinema, The Projector.

When the lift doors open at the fifth floor, what you probably wouldn’t expect is a simply decorated room filled with sunlight, featuring an indoor diner-styled cafe. But that’s what you get. Above the café counter, they display the films currently showing, right next to a variety of treats and brunch favourites. You would almost miss the tiny table set up in the corner that doubles as a ticket counter, with a rudimentary cashier.

And on either side of the café — two theatres.

Back in the days before independence, the theatre doubled as a propaganda film house, showing communist-style films to the public. That soon made way for a adult film house, part of what gave Golden Mile Tower the seedy reputation it has. When Sharon Tan, Manager of The Projector, and her team first came to see the Golden Theatre, it was just finishing its run as a Bollywood film house, with the walls painted in bright yellow and blue.

“It was very much serendipitous,” shared Sharon. “We chanced upon the recently vacated Golden Theatre while visiting a friend’s design studio in Golden Mile Tower last year. Needless to say, we fell in love with the space — it had its own unique history and character imbued with a rich sense of authenticity and we felt that it would make a great avenue for not just alternative cinema, but for other creative endeavours as well.”

But building a cinema isn’t easy. The collaboration was helmed by Pocket Projects, a creative development consultancy specialising in breathing new life into old, derelict and historic spaces, and took a lot of work — and of course, money. On top of renovations — painting, reholstering seats — buying projectors for each of the two cinemas costs $70,000 each. They eventually turned to Indiegogo to raise the last bit of money — $50,000 — and managed to complete it in 2 months with the help of 464 people.

Though they are now up and operational, they are still a lean operation, relying on a small team of staff, some enthusiastic volunteers, and friends to support the independent cinema. But it’s easy to see the appeal of the place, which offers much more than just a weekend movie to pass the time.

As I toured the cinema, I saw a large spiral staircase stretching through the height of Golden Mile Towers, and a few stray teenagers snapping #ootds in its vintage appeal. I met Farizwan Fajari, a local visual artist, painting a sprawling mural inching from the entrance to the Redrum all the way to the carpark, where the lone projectorist sits and smokes, overlooking a view of what used to be the sea, before reclamation took place. The rest of the team sits in front of the cafe that sells several brunch options, one of which is mysteriously named “Egg Slut”.

“We don’t know what that is either,” they joke.

Ticket sales alone aren’t quite enough, from what it seems. Running a space that big takes a lot of work and money, and ticket sales aren’t always predictable. They can fluctuate in a day from a mere 5 to 40 or 50 on a very good day.

Weekdays are the worst: ticket prices are priced at $13 through the week, except for the occasional fundraising effort — their latest Spielberg series ran on a “pay-as-you-wish” system, which as we know, would be readily abused. The day I visited, they were showing Jurassic Park, a cult classic, with about 10 people curled up in their beanbags. The clear “pay-as-you-wish” box had a few sad notes and some coins.

“People have been very forthcoming with their encouragement and some have offered to help out — ranging from doing handyman work, to paint jobs, volunteering their time and even monetary donations,” shared Sharon. “People have been very generous, supportive and understanding (when we slip up), and we feel very grateful and fortunate to have their support and patronage.”

Meanwhile, they’re offering a variety of other options for keen supporters to show their love. They have a merchandise section, where they sell tote bags, postcards, and if you’re up for it, you can put your name on a seat for $150. They also accept straight donations — every little bit counts, after all.

Shaking off the Sleaze and Misconceptions

“In the early stages of our project, many parts of the cinema were still work-in-progress — the signage, the furnishings, the décor… our ticketing booth was constructed by our cleaner using planks of wood that our projectors were delivered on,” shared Sharon. “Some people loved the raw unfinished look and called it ‘indie’ and ‘ground-up’. Others (usually the designer types) said the place felt very makeshift. People also asked us if we were a ‘pop-up’. Basically we just didn’t have enough money, so we took our time to get things put in place.

“It was interesting to see how differently people responded to that.”

Another deterrent to visitors is that most people believe it is out of the way and difficult to get to. This is despite it being a mere 5-10 minute walk from popular “hipster” watering holes at Haji Lane and Arab Street, and a 5-minute walk from Nicoll Highway MRT.

It certainly manages to retain its ‘hipster credibility’ with its relative obscurity, but for a business attempting to run long-term, it is not a great problem to have.

Perhaps the idea of an indie film itself is a difficult concept to grasp. Many imagine strange artsy shows that no one understands, or documentaries in foreign languages that are 5 hours long and put you to sleep each time. But while some of those are part of the package, it’s much larger than just that.

Sharon says that they are hoping to bring, “a mix of independent, foreign, local and cult classics,” but at the end of the day it’s all about good film, and mainstream films that have been shown in cinemas are no exception. The Spielberg series clearly shows that, as do their screenings of Dallas Buyers Club or Oscar-nominated film SELMA.

The only rule that they have is integrity. None of the movies they show have been censored, and though they work with a strict MDA guideline, they’re keen to show quality movies as much as they can. And while many may believe that cinema is dying, the team behind The Projector believe that there’s still something sacred with the experience, something that watching movies on your laptop at home won’t be able to replicate.

It’s not about having a space that’s so underground that it may be run into the ground; it’s about having a choice, an alternative to blockbusters and horrible Hollywood productions. It’s about the basics of sitting in a dark room, the projector flickering into life, and a few minutes later, forgetting that the world outside that room exists.

“It is the experience — the sound is different, the perspective is different and the atmosphere is different. As much as there are people who prefer the convenience of watching films at home, there are also those who consider cinema-going as a special event.”

While people are touting The Projector as the newest Hipster hangout, part of me hopes it loses that hipster ‘cred’. That families and couples and individuals with a free evening can just stumble in and watch a movie, the way we do at Shaw or GV or Filmgarde. Hipster isn’t something we need. ‘Special’ is.  And from the looks of The Projector, ‘special’ is something attainable.