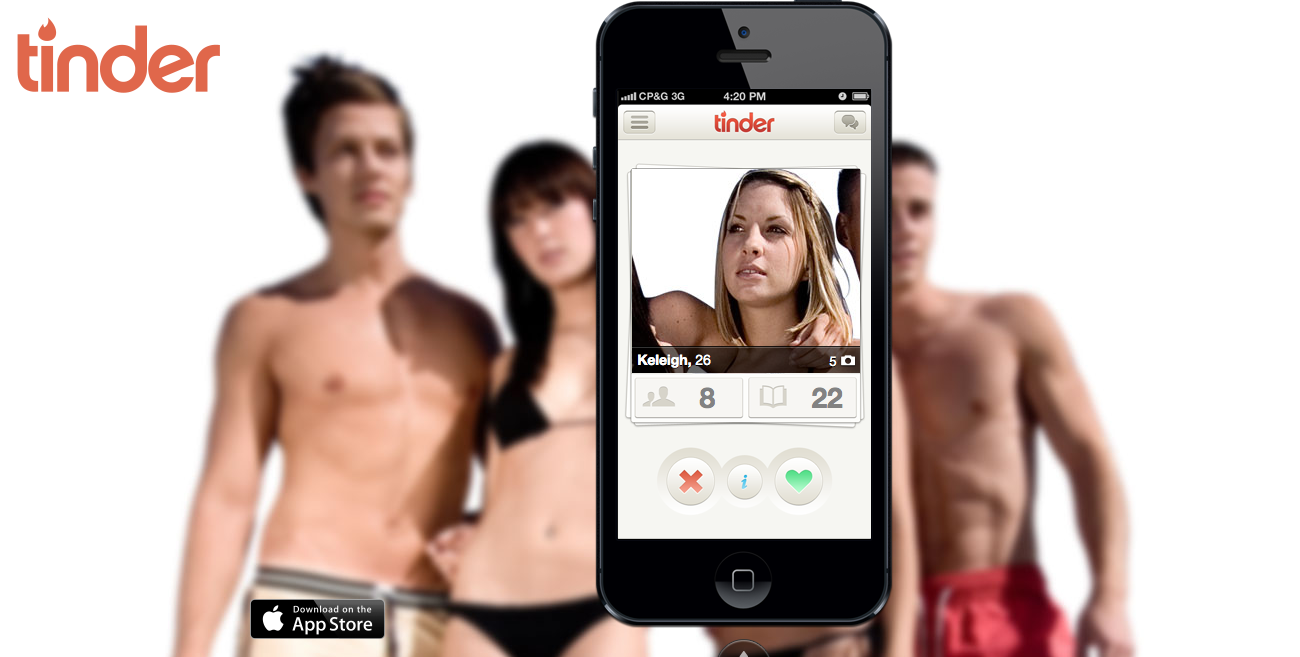 Okay, so maybe there’s more details missing here and there but long story short, I was quite an avid user of Tinder. Getting to know random strangers with the possibility of a budding romance, who wouldn’t love it? I got to know about this dating app thanks to a few friends back when I was still studying for my degree.

At that point, there weren’t many people on Tinder yet as most of them were still stuck on WeChat to meet random strangers so I didn’t feel the need to try it out. A few months later, it is near impossible to find a person without the Tinder app on their smartphone and I thought that would be a good time to give it a try.

For those who are unfamiliar with Tinder, allow me to explain.

Tinder is an app that you can download for free on Apple’s App Store and Google Play Store. It will connect with your Facebook profile to get your display picture, interests, hobbies and many other kinds of information. You can choose to customise your Tinder profile after it has connected with your Facebook profile so no worries about having a weird picture as your Tinder avatar.

Once you’re done with that, you can set the gender preference, the age range and the maximum distance between you and the potential match. You will then be presented with several profiles of people. To match with someone, both you and your potential match will have to like each other’s profile by swiping right, which Tinder will alert you when you get a match.

Back To The Story

So I downloaded the app and took it for a spin. I wasn’t enthusiastic about it at first as I didn’t manage to get any matches but soon enough, it started happening. I got to know them through Tinder, followed them on Twitter and eventually went out with some of them. I had a lot of fun. Some I still talk with today but most of them, I don’t talk to anymore.

I started to feel a need growing within me to have as many matches as possible so I can have more… fun (ahem). It’s a terrible feeling, I know but it didn’t help when I’m always hearing friends bragging about their Tinder adventures:

A: You know ah, I went out with this girl from Tinder. So hot weyh, come I show you picture.

B: My one better la, I got matched with this girl that’s way better looking than that.

A: You got matched only lah, never meet her also.

I may have cleaned up that conversation a bit but yeah, that didn’t help my situation at all. In fact, it gets progressively worse as the need slowly morphs into an objective that I must complete—just like a mission in a video game—so that I can brag to other people and hopefully have a better time than them in order to satisfy my ego.

That is until one day, I got matched with this girl. Let’s call her ‘Esther’.

Esther, The Eccentric Sage of Tinder

One look at Esther’s profile and you’d probably think that there’s nothing special about her. She looks normal, her fashion sense looks normal and she doesn’t have a selfie as any of her Tinder pictures (I have to admit, little to no selfies are a plus for me). Quite frankly, the only reason I swiped right was because her pictures showed her travelling the world, from Singapore to Egypt to Paris and more.

“This girl must be a fascinating person” was the thought I had in mind. When we first matched, she was the one who initiated the conversation. “Hey there fella, you look like someone who’s crazy enough to wrestle alligators but too scared to pick up a cockroach” was the first message I got from her.

Days passed by and we chatted almost everyday. Eventually, she asked me why I swiped right. I’m an honest person and I didn’t see the point of lying or sugar-coating my words so I told her exactly why. “Interesting, most guys would praise me by now to get me to like them” was her reply. I asked her why she swiped right on me and she replied with two words.

I asked her what she meant and this is where my perception completely changed. “I swipe right for everyone. I have the chance to get to know more people and their stories, no reason to bother with how they look.”

I was mindblowned. I can’t fully describe the feeling. It’s a mixture of frustration, realisation and shame. It made me ashamed that I was judging these people by their looks, yet that realisation enlightened me. They could all be colourful characters, I could even be close friends with some of them now but because of ignorance and first impressions, I’ve swiped left on all of them.

Sure, Tinder is a dating app but most users tend to forget a fundamental rule in dating: get to know that person and be their friend first. I was so caught up with trying to be better than the others that I overlooked the fact that I’m dealing with people and life, not toys and a video game. All those people I talked to before on Tinder, I don’t think I can truly call them a friend nor can I be considered as one either.

From that moment onwards, I started swiping right for everyone and I try to befriend every single soul out there. Who knows? Maybe there’s someone out there who doesn’t need a date, just someone to have a conversation with.

If you too want to try the same thing, my advice is this: if things do get weird, ignore and move on. We all know we can’t ‘click’ with every single person out there, but the important thing is you’ve tried.