This Malaysian Lecturer Quit His Job To Earn Less, But Affirms He Now Has The Best Job In The World 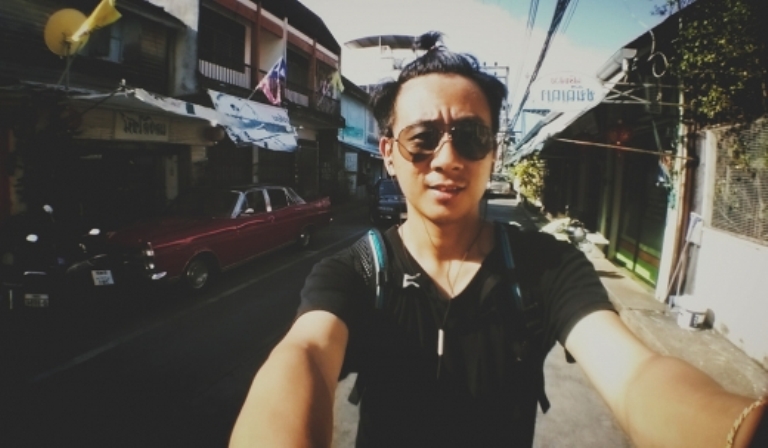 Kenneth Lee quit his well-paying job in the Malaysian education industry after working as a lecturer for 6 years. 4 months to the date of his departure, Kenneth handed in his letter of resignation, packed up his things with a 65-litre backpack, and began his long travel to Asia.

There’s a saying that goes, “changes run faster than plans”. With the intention of becoming a solo backpacker to travel in Asia; instead today Kenneth is a teacher again, except that now he is teaching in a government school located in a small town at the southern region of Thailand, about six hours from the city of Bangkok.

Previously, Kenneth was teaching in one of the highest learning institutions in Malaysia. His work place was just a stone’s throw away from his comfortable home. Currently he stays in a house in the outskirts, with no proper mattress or any blanket; and yet, he is not bothered by such a change in his living conditions.

Of course a lot of people questioned his crazy decision, including his aunt who asked him, “Why would you quit your job in a good university to teach in a lesser-known university college?”

It was a legitimate question. One apparent difference between being a teacher in Thailand and lecturer in Malaysia is the payment. Currently Kenneth receives less remuneration than what he was getting in Malaysia. Also, the work load is slightly more because his students—the 180 children who are his new friends—speak a language that he understands little of.

However, Kenneth said in his blog post, “My life couldn’t have been more blessed.”

Also Read
This M’sian Teen Got An Asteroid Named After Her, Making Us Question Our Life Achievements

The Key To Happiness

Kenneth gave up his comfortable life, his material possessions, and thanks to that decision, he is now enjoying a greater degree of spiritual happiness and has less worries. “If I were to compare my life at this point to a song, it’s got to be a stripped-down, acoustic version of a rock song,” he explained in an analogy.

Despite being a Malaysian teaching in a school in Thailand, Kenneth has never felt like he was treated differently. He shares an office room with 4 other teachers who always make him feel like he is part of them.

It has a small fridge and a little coffee section at one corner, so it’s a great help for most of teachers, including myself, who love coffee. The room is so comfortable, I couldn’t ask for more.”

Before classes start, some students would appear at the doorway and greet him “Hello!” or “Good Morning!” cheekily.

Once Kenneth went back to Malaysia for a visa run and when he returned, some students came running towards him and gave him a big tight hug. One of them said, “Kit thung Teacher Ken mak loey!” (Missing Teacher Ken so much!)

The transition from teaching young adults to children definitely has its challenges. After all, Kenneth is still learning a language that the children can understand as well as learning to communicate in their native language. It’s certainly not easy to pick up a new language, but the whole process makes him feel happy and feel wonderfully occupied, at the same time, it makes him learn and improve as a teacher.

On Future Plans and Regrets

“Absolutely not,” Kenneth said on his blog, affirming that he has no regrets in resigning from his well-paying lecturing job.

“I just want to live my life as meaningfully as possible and do my part well as both a traveller from Malaysia and a good teacher who can contribute positively to a place I dwell temporarily,” said Kenneth.

“I may be earning less money than in Malaysia, but I’m not kidding when I say I have the best job in the world.”

All images are taken from MrDefinite.net and you can read his full blog post here.