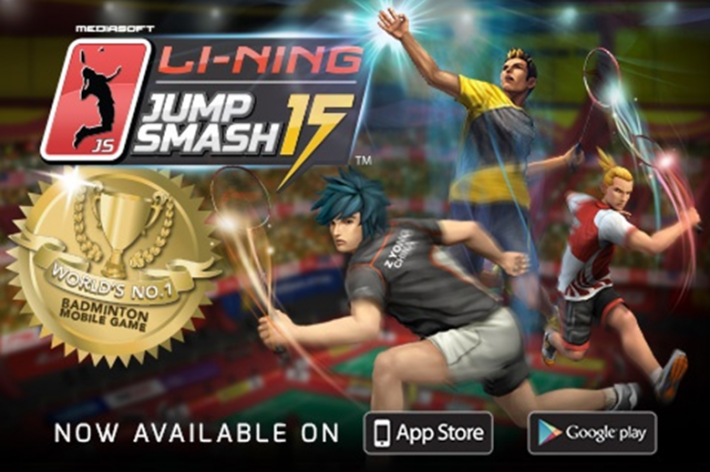 If you’re a fan of badminton then you’ve probably already heard about Jump Smash™ 15. The game includes contextual touch gameplay that’s supposed to mimic real-time badminton movements, although it is highly unlikely that your skills on the court will help you when it comes to beating the game. Here are some tips to help you beat Jump Smash™ 15.

As the name of the game goes, smashing will help ensure you to score points and beat your opponent. While this may be an obvious tip, it seems imperative to note that smashing is one of the ways to ensure that you can score points. As the opponents get harder they will be able to defend your smash but it’s still a much better chance than just a simple serve or return.

Keep an eye out when you play for the slow motion smash screen, if you wait too long you’ll miss your chance and if you swipe otherwise you will have missed your opportunity to smash.

A Supershot is basically the limit break that allows your character to do an unblockable Jump Smash that can only be returned with another Supershot. The Supershot bar is located on the right corner of your screen, which builds as your character is rallying. When you’ve filled up your bar use two fingers to swipe down to execute a Supershot.

Always use your Supershot whenever your bar is full and not to save it, as it does refill fairly quickly.

Tournaments are great as they really test your skills and most importantly of all they are the only way to unlock characters as well as earn yourself a little bit of JS Gold on the side. Tournaments change everyday and they require JS Coins to enter.

The stamina bar is located on the bottom left of the game screen. It slowly goes down over time and when it’s depleted your character will start to respond much slower. For the exhibition tournaments a stamina drink is generally not needed as you can pick your opponent according to your skill level but if you’re choosing to play 21 points, a stamina drink may come in handy.

In tournament mode you play up to 32 characters that become increasingly tougher as the match wears on. In this case rallies will last much longer and your stamina will likely be depleted. So energy drinks tend to be handy here.

The same purchase rules apply for the Supershot packs, buy the 2 pack opposed to the 1 or 3 drinks as it’s more worth your coins. Remember that Stamina drinks are not carried forward in your next match.

Upgrade Your Stats and Equipment

In Tournament Mode and Multiplayer mode you are required to use your own individual character to play. Everybody’s character starts off with the same basic stats, which can be upgraded in the Locker Room either through Training or by investing in equipment. Training tends to get rather expensive, as it requires a large number of JS Gold to train. It’s best to focus on equipment and stats training that suit your playing style.

For example, increasing your Offense will increase the opportunity and duration that your character will have a chance to smash. While increasing your Defense will allow you a better chance of returning a smash. Accuracy will improve the chances of your shuttlecock landing within the boundaries.

Do Your Daily Achievements

Daily Achievements are located at the top right of your home screen and pop up when you first log in on a different day. Most of the tasks are simple things that you would probably do anyway, such as ‘Smash 10 times’ or ‘Win A Match’ but it’s worth noting to do them as you can win a nice bit of JS Coins and even JS Gold.

Pay Attention To The Location of The Shuttlecock

Jump Smash™ 15 is not so much a casual game it is most definitely a sports game so when you’re playing it is important not only to return and rally on time but to pay attention to the location of where the returning shuttlecock is going to land. When the opponent hits a small red courser will appear on your side of the court to indicate where the shuttlecock is going to land.

If you see the shuttlecock landing outside of the boundary lines you can let it fall and the point will go to you. Most of the time players do not notice and will return a hit even if the shuttlecock was going to land out of bounds.

So there you go! A few tips that will help you be a pro at Jump Smash™ 15! If you haven’t played the game in a while make sure to upgrade to the latest version 1.3 for the chance to unlock 4 new real-life characters, including Chen Long from China, Srikanth Kidambi from India, Markis Kido from Indonesia and Derek Wong from Singapore.