#SpeakUp: MyTeksi Takes A Public Stand Against The Government, And Netizens Are Loving It 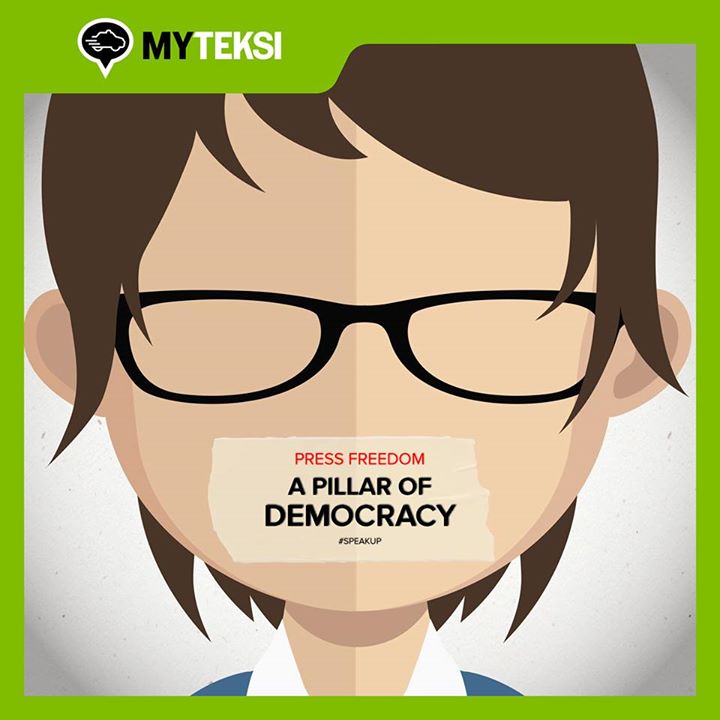 Our country’s media scene has been chaotic following by the suspension of local daily The Edge and London-based Sarawak Report. The Edge has been suspended for 3 months, while two weeks ago Sarawak Report was blocked by the Malaysian Communications and Multimedia Commission (MCMC).

A number of social media campaign has surfaced against The Edge’s suspension. Such as Aliran, a Malaysian non-governmental organisation launched an online petition on Change.Org called “Lift suspension of The Edge and stop blocking Sarawak Report” requesting the authorities to stop punishing The Edge.

Aliran also created a Facebook page called Malaysians stand in solidarity with The Edge which has since gathered over 8k followers.

Other local media, such as Cilisos, dedicated an article to rally support for The Edge and explained “what [they’re] standing for here isn’t [The Edge’s] coverage of 1MDB, but [The Edge’s] right to cover”.

As for the startup scene, Malaysia-based taxi booking app MyTeksi posted on Facebook a statement of support for the Malaysian media, using the hashtag #speakup.

Just 3 years ago, we were operating out of a tiny storeroom in Petaling Jaya. Few people understood our mission but…

The Facebook post has received much appreciation from social media users. The post has gathered over 1k likes and more than 200 shares since it was posted yesterday. Netizens are complimenting MyTeksi for making their public stand and offer their own personal support for the message.

“Respect MyTeksi for voicing out about this. You are a good corporate citizen!” complimented Jag Runner. Facebook user Charles Wong also commented, “Terbaik MyTeksi! Speak out to save Malaysia. I’m already your regular customer.”

While some might avoid speaking their mind in fear of repercussions, MyTeksi has pointed out the importance of having fair and honest media in the country and had the courage for taking a stand to support the freedom of press.

Here in Vulcan Post, we too hope for the authorities to be fair and just in allowing the press to cover news on their respective platforms. Not so we can abuse that right, but simply because that is the right thing to do.