How To Be A Pro At Smash Hit, A Mobile Game Where The Balls Do Matter 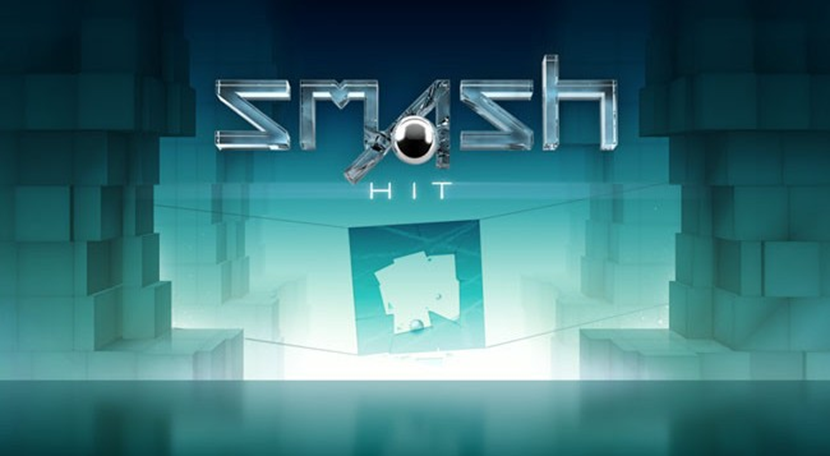 Smash Hit by Mediocre is a gloriously crafted physics game that combines the elated stress of an endless runner with the joy of smashing large glass objects. The game is fairly simple to understand, it’s played in first person mode where you throw metal marbles to destroy glass obstacles in your path.

Don’t be fooled by the simplistic albeit gorgeous Swedish graphics, it is a deceptively easy game that few have mastered. So let us help you out with a few handy tips!

A Ball Saved Is A Ball Earned

When you’ve used up all your marbles you won’t be able to continue playing, that makes your marbles a very important feature for conservation in the game. Keep in mind that being hit by obstacles lowers your marble count by 10, while smashing crystals will earn you more marbles.

Most of the obstacles if timed right can be destroyed with one shot (some applicable to the multiple ball shot discussed later). For those who understand the basics of physics or have seen an object fall to the ground (which basically refers to everyone), you will notice that the gravity in Smash Hit is significantly lower and tends to fluctuate more than real life.

It’s best to aim one marble but from a further distance and a higher height to hit obstacles, in this way you cover more area and have a better chance of hitting the target.

The Multiple Ball Upgrade Is The Key

You’ll notice at the top part of your screen, a circular counter will start to fill as you smash the crystals along your path. Not only does this stockpile your marble count but hitting 10 crystals in a row will add an additional marble to your original shot without draining your stock. Up to 4 marbles can be added to your shots, which can give you a total of 5 marbles per shot.

I don’t think I need to tell you that when you’re shooting a total of 5 marbles per shot it drastically decreases the difficulty of the game. Obstacles that would normally take 3 shots to destroy can now be done in one. Take note however that if you miss a crystal or you get hit by an obstacle your shot count goes back to 1 and you’ll need to start filling the counter again.

Glass Can Break and Metal Cannot

The world of Smash Hit is made up of two elements, glass and metal. Your metal marbles can smash glass but will only deflect metal objects. This will become important in the later parts of the game when obstacles start to be incorporated with metal.

As you can see, for obstacles that are supported by glass you’ll need to hit the glass supports to unhinge it and for those supported by metal you’ll need to break the glass part to go through. Always try to destroy the structures from the top or the direct middle as this decreases the chance of it swinging around widely.

Remember you can deflect swinging metal from hitting you, depending on how you break it but this tends to waste your marbles.

Not All Obstacles Will Hurt You

Some of the obstacles put in the game are just there for aesthetics and will not get in your way. Some are only there to confuse you so you waste your marbles. The timing works so that you don’t end up running into them.

Other obstacles tend to be a bit tricky like the DNA structures; it probably won’t end up hitting you but if you’re unsure about that possibility it’s probably worth the extra marble to hit it.

Remember to keep an eye on the timing of the moving obstacles as you can be hit with obstacles off screen. If you’re unsure about when and where an obstacle is going to hit you such as with the propeller blades, you can wait until the last moment to hit and break them.

There are three different power ups available in the game; they’re hard to miss and to obtain them you just have to throw a marble through it. You can only carry up to 4 power ups at any one time so it’s all right to not stockpile them.

The first power up you’ll encounter in the game is the green Rapid Fire upgrade that allows you to fire a continuous stream of marbles without decreasing your marble count. This is useful in stages with a lot of obstacles that come at you, that you have to rapid fire.

The second power up is a purple Clock that slows down time. I find this to be a fairly useless power up, unless you have slow reflexes in the faster stages. This power up in fact only becomes more useful at the end of the game.

The third power up which is by far the most useful is the Bomb, that like the name suggests, allows you to do blast shots that can take down bigger objects. The power up does decrease your marble count but it becomes very useful with these large obstacles that may take several marbles to take down.

Keep an eye out on everything we just mentioned and you’ll be a Pro at Smash Hit in no time! Spoiler alert: at the end of all the stages you are taken to an endless mode of continuous moving obstacles. So have fun and remember not to lose your marbles.

Download the game from iTunes and Google Play and put your skills to the test.