6 Lessons On Entrepreneurship By Charles Wong From Charles & Keith 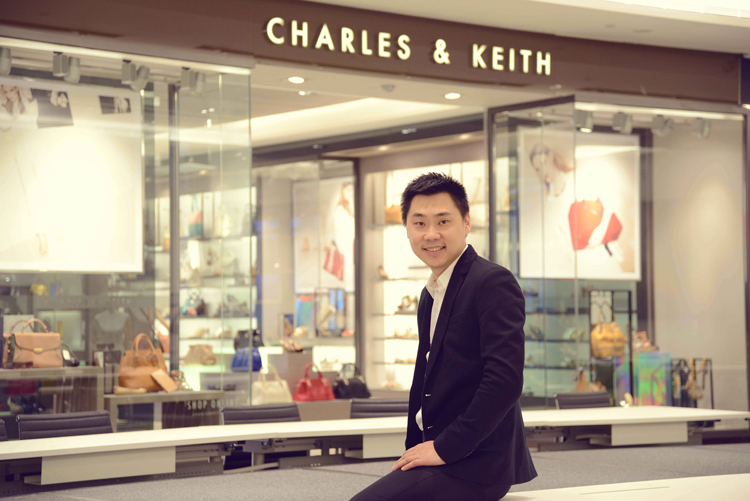 If you’re a Singaporean female and you’re familiar with the process of shoe shopping, then you will be familiar with Charles & Keith. What often surprises Singaporeans is that the brand is locally-grown, a venture by true blue Singaporean brothers Charles and Keith Wong.

39-year-old Charles Wong, the Chief Executive Officer of Charles & Keith, first started the business back in 1996, in a small store at Amara Shopping Centre. Since then, the business has grown to hold its own against the big boys with more than 300 stores worldwide. It has also attracted the attention of French luxury giant Louis Vuitton Moet Hennessy (LVMH), who now owns 20% of the company.

Here are some key lessons on entrepreneurship that you can learn from the young business hotshot, Charles Wong.

1. Nothing quite beats natural business acumen

While the general Singaporean mentality regarding success is about having a great education, Charles Wong had a rough start to life. Unlike his younger brother Keith, who went on to be the only university graduate in the family, Charles never studied past his O levels, passing his exams in Maths, History, and Bible Study. Despite this, he eventually started Charles & Keith — which he named after him and his brother — at the young age of 22. Keith joined two years later, after he finished his national service.

Despite not making it far in his studies, Charles and Keith have grown that business from that small store into one worth millions — and they have plans to expand even further. He’s a great example of how entrepreneurship and a natural business acumen can help you make it far in life, as long as you try.

“Think big, and do not be afraid of failure,” he said in an interview. “Even if you do not succeed in your first attempt.”

2. It pays to learn about your parents’ trade

Before Charles & Keith became a reality, Charles and Keith Wong helped out at their mother’s shoe store at Ang Mo Kio. It was through this experience that Charles learnt what it took to make a successful shoe business, and was eventually inspired to open his own.

While their mother wanted Charles to close the shoe section that had become unprofitable, he was determined to make things work. After taking over the shoe business operations, he managed to turn things around, saving the shoe business while honing his business acumen from a young age. (Source: IE Singapore)

This experience eventually gave him the skills he needed to open his own shoe store.

3. Find your edge — and be awesome at it

Running a shoe business can be likened to being a single drop of water in the ocean — there aren’t many ways to stand out. Unsettled by the mediocre performance of his business, Charles realised that he had to find a way to differentiate himself from his numerous competitors.

After speaking to his customers, he discovered that selling shoes bought from wholesale suppliers just didn’t provide a wide enough variety for their customers. In order for the business to survive, things had to change.

“Many times customers gave me feedback on the designs they wanted and I’d feed the comments to my suppliers,” he said to Forbes. “But they were not able to deliver the designs that our customers wanted. Also, the prices they were offering were not competitive enough.”

This prompted their decision to begin designing their own shoes by the end of 1997. Within three years, all their shoes were designed in-house, and that was a large selling point that set Charles & Keith apart from the rest. Today, the Charles & Keith design team of 70 creates more than a thousand new shoe and accessory designs annually for the brand, and a shoe or accessory design a day for Pedro. (Source: Forbes)

4. Someone else’s problem could be your opportunity

While most of Singapore suffered in the Asian Economic crisis in 1997, Charles took the opportunity to move his business in a new direction.

“We saw the opportunity to work directly with some factories to gain further control over the design and production process. We created designs based on the feedback customers gave us and we realised only by understanding what they want, can we introduce exciting products every season.” (Source: LuxuryInsider)

Despite the gloomy economic state that Singapore was in, Charles & Keith were not discouraged, and took the opportunity to grow. With their new direction, they garnered the attention of the female demographic with their fresh, fashion-forward designs and affordable prices — an attractive package in a recession.

“[Women] buy shoes every month — recession or not,” said Song Seng Wun, an economist and head of research at CIMB-GK Securities, to Forbes. “[There’s] still some degree of purchasing power; [the company] will continue to attract women consumers.”

5. Be your own biggest competitor

What many people don’t realise is that Charles and Keith also own popular shoe store Pedro. While the store began as a male alternative to Charles & Keith’s female-centric business, Pedro eventually expanded and moved into selling female designs as well. This placed Pedro in direct competition with Charles & Keith’s, with stores often located near each other.

While both brands are segregated (“[Pedro] caters to people with a taste for lavishness”), each business has been able to gain traction in the local market successfully. It’s the best way to continuously challenge yourself, while growing the business as a whole.

More variety for us, more business for them.

6. If you don’t move forward, you’ll move back

Being an entrepreneur in the fashion space, Charles knows full well how quickly things change in the industry. That’s why the team behind the brand hardly stops moving. Charles, a bachelor based in both Singapore and Shanghai, often spends his time flying between the two cities to manage the company’s business development. The designers, based in China, make regular trips to Europe and the US to attend fashion shows and conduct market research, with the company spending 3% of their revenue training designers.

“The fashion industry is fast paced and filled with challenges; therefore adaptability plays an important role today. Not only is it crucial to adapt to rapid change, the ability to solve problems and make the right decisions is needed to continually improve and reinvent ourselves while striving for excellence every step of the way.”