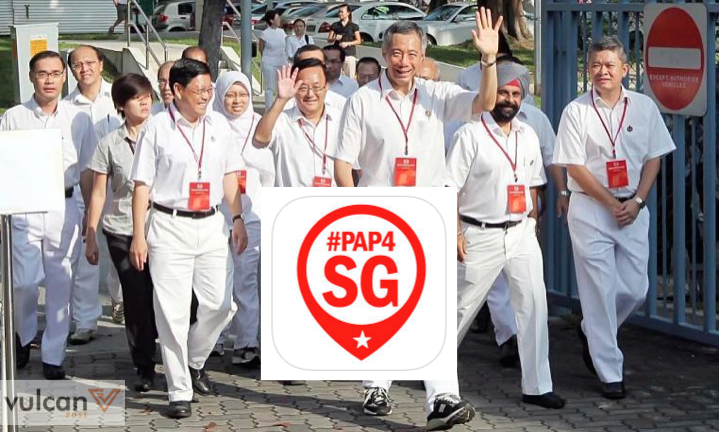 In a somewhat unexpected move, one of Singapore’s political parties running in the upcoming elections has released an app that will provide voters with the necessary information and updates they need for election season.

They’re none other than the People’s Action Party (PAP) — the current ruling political party in the country.

The app is called PAP4SG, and is currently available only on the App Store. It’s the first time ever that a political party has launched an app, but not without good reason too: with so much of the campaigning process being run on the Internet these days, this move might just give the PAP an edge when it comes to winning the votes of the younger, more tech-savvy demographic.

Upon opening the app, users might be surprised to find that they’re asked to enter their postal codes. This is not the usual procedure with other apps, after all. But it only makes sense: keying in your postal code will allow the app to automatically pull up the information relevant to your constituency, and show you the PAP politicians that will be representing you in Parliament, should you vote them in.

The fact that the app addresses you by name is also a nice touch, and provides a sense of affinity with app users — which is presumably what a politician should be gunning for.

Apart from election related news, the app also contains links to local news, updates from the PAP’s Twitter feed, and according to the app description, a “Sticker Camera fun feature”. It is a bit odd that an app from a political party would come with such a component, but I guess you can never have too many stickers — they might help alleviate the boredom when the campaigning starts and you’re waiting for the rallies to begin.

You have to give props to them for the moustache logo. Everyone loves a good moustache.

It remains to be seen how the opposition parties will try to one-up this move by the PAP, but it seems they do have their work cut out for them. After all, I never thought I’d see PM Lee’s face staring back at me from an app.

You can download the app in the Apple App Store, Android users will have to wait a while.