I Have A 4.0 CGPA—Let Me Get Into Your University! 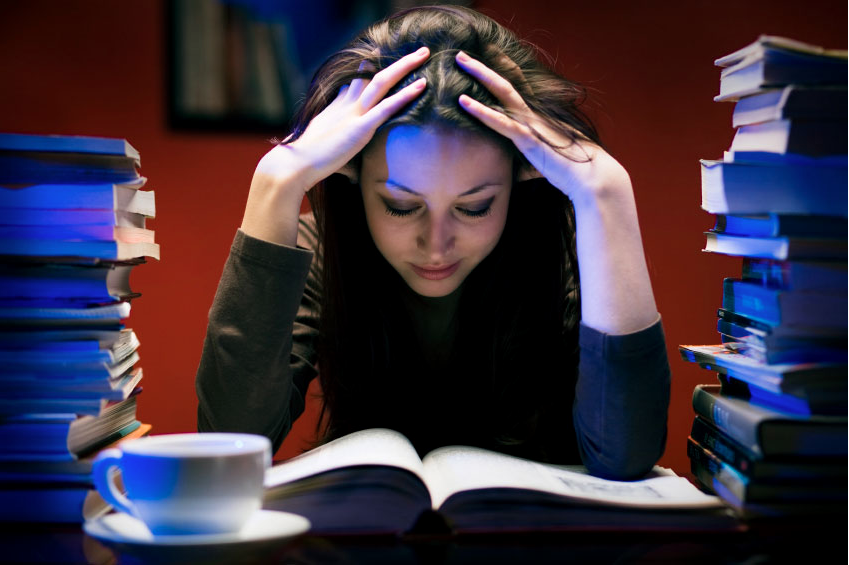 It’s bad enough that you have to grapple with the weird (not so weird) effects of puberty while you find your place in ‘teen’ society but you are also expected to meet the academic goals your parents set for you.

“Get good grades, go to college, get a job, a spouse (and/or a mistress), a couple of kids, and maybe a dog.”

A dream that you’re constantly sold over and over again—probably without the mistress—and the obvious truth that you’re going to die a painful death one day.

And so you bite.

You get to school the next morning and you ostracise yourself from the cool crowd by convincing yourself that being cool doesn’t truly matter (yes, it does) and you attend all your classes with your nerdy pair of glasses, you take notes, study late at night, you avoid catfights and evade beat downs (yes, nerds sometimes get beat downs, at least in the movies).

You spend each day in the presence of your physics textbook at the sacrifice of teenage joys. You know, things like your first kiss, the first time you got drunk (and/or high), your first girlfriend/boyfriend, your first pregnancy and STD scare (hopefully not at the same time), and other forms of teenage debauchery.

You were convinced that trivial things like these don’t matter—but they do.

Fast forward to the end of high school, you ace your exams with flying colours. You finish high school with a 4.0 CGPA while the cool kids don’t.

Here’s your shot at redemption; at least that’s what you think.

In all honesty though, you might not even make it into college.

In fact, recently Malaysiakini quoted Higher Education Minister Idris Jusoh saying, “A 4.0 cumulative grade point average (CGPA) in the Sijil Tinggi Persekolahan Malaysia (STPM) examination does not guarantee a place in a public university especially for medical courses because of the limited places and stiff competition.”

“If CGPA is everything, probably they (the universities) will not have interviews,” he added.

If a 4.0 CGPA doesn’t guarantee you a place in a public university, then what does?

Apparently all three, as universities also look at extra curricular activities and volunteerism and not only academic performance.

Not only is one expected to have a decent CGPA but one also has to help old ladies cross the street, kiss babies on their foreheads, feed starving and protein-deficient kids and save the world in general—just so one could be accepted into an university.

According to this article, an academic counselor Elaine stated, “Some students who are sure they want to be doctors will gather all the information they need for application and admissions but are not aware that interviewers are looking for genuine applicants—students who love medicine from bottom of their hearts and are not in it for the fame and money.”

If that truly ever becomes the case, won’t we render universities useless?

I mean, sure, universities still need to instill in you the skill to splice open a body with a sterilised knife within minutes but is it not also their responsibility to instill in you a love and a passion for a given craft?

If the determining factor for an applicant getting accepted into a university is based on how well they manage to seduce the interviewer and to convince them that they are in love with a particular profession, then I truly feel sorry for the state of things.

Because we are now drawing up conclusions about a person’s future based on the interviewers gut feeling which clearly is volatile. Just because the interviewer wasn’t impressed a student’s swagger doesn’t mean that they won’t be good enough to represent the university or that they will be bad professionals.

How can you expect a student to claim that they are in love with the idea of being a doctor for the right reasons when they never even saw the insides of a rotting human body (assuming that’s what doctors do in college)?

Passions and love are always likely to change when push comes to shove.

Instead of relying on human emotion, shouldn’t we rely on a system that’s already in place?

Academia shouldn’t be concerned or bothered with extra-curricular activities, they should only be interested in the betterment of a given thought and its execution.

Does that mean all academic geniuses should get into the best universities?

Yes, that’s what I’m saying. If I have a 4.0 CGPA and I didn’t make into the soccer team and I have to compete with another candidate who also the same CGPA and does make it into the soccer team, then I have no problem rationalising the university’s choice—even though, I can smoke their faces off in a game of FIFA.

They will find their calling in life. Maybe they can set up a business or start a cult.

Also Read
4.0 In Your Exams – No Big Deal, According To This M’sian Academic Counsellor

P.S.: This article is the author’s opinion on how universities should prioritise academicians over all-rounders; but then again, as with all opinions, this is subjective.