Epic Fit Meals Co. Delivers Within 45 Minutes, But Is Way Healthier Than Domino’s 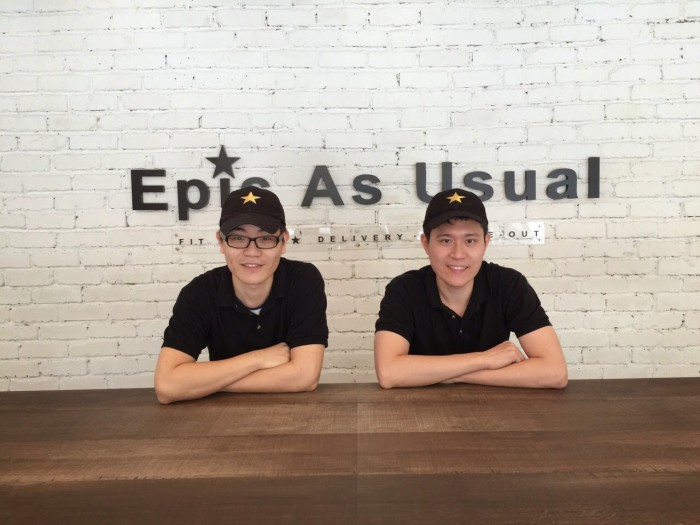 Although we are recommended to cook if we want to eat healthily, still we have an age-old problem that we all face—we are always lazy to cook. If you are slightly hardworking, you might head on to YouTube to learn from fitness enthusiasts about cooking meals in bulk during the weekend and then store it in the refrigerator for the week.

However, cooking is undeniably a time-consuming chore, you are not just purely cooking, you have to clean utensils as well. Some healthy food delivery services offer a subscription package that comes with pre-set meals for the week, however, you may or may not like what they have to offer for that day or week.

Therefore I was really excited and eager to try out Epic Fit Meals Co, an originally developed concept that provides take-out or fit meals delivery.

It all began when one of the founders Wick Kee Lai was studying in Melbourne, Australia. He was inspired by the world’s most liveable city melding the best from the East and West. Food plays an important role in becoming a liveable city, deeply inspired by the great success of the culinary culture in Melbourne, Wick Kee and his partner Wen Chuan Chung decided to start Epic Fit Meals Co (EFMC).

Wick Kee, who spent six years of his University life in Melbourne, recounted, “I picked up the culture of how to eat nicely and how to appreciate food. Why Melbourne-inspired? Because we source the freshest ingredients, we use Halal-sourced chilled chicken and we don’t use frozen chicken. The food in Melbourne is really fantastic and cheap, because they have their own farm.”

Before starting EMFC, Wick Kee and his team carried out extensive research for about a year to come up with their menu, to ensure that the food tastes delicious and is able to withstand the delivery timing which is 45 minutes.

“We spent one year on researching the food, whether the food is able to stand the aging when you deliver to the destination within 45 minutes, when we reach there, does the food still taste good? Will the food become soggy? Will the food remain fresh?”

As such, the team started EFMC earlier this year in January, and it is strategically located at Damansara Perdana. They provide free delivery to selected areas within 45 minutes, and if they are late, you get a free pizza.

Does that sound familiar? If it does, that’s because it is the modus operandi of Domino’s.

However, they do not see themselves as a fast food chain, like Domino’s. They explained that EFMC is considered themselves as fast, real food — they make their ingredients from scratch but still try to make the 45-minute time frame.

What goes behind Epic Fit Meals and Co?

A healthy yet affordable meal does not require fancy ingredients, because as how Wick Kee described, their goal is to deliver freshly cooked meals which are prepared with lots of care and attention every day with only the freshest ingredients.

On their menu, they only use simple ingredients, including chicken, beef, broccoli, cucumber, floured with different spices and herbs, and minimal amount of salt.

They steer clear of fancy super foods such as Chia seed or Couscous because although these ingredients are proven to be beneficial to our health, they are also pricey. Plus the team also believe one should consume what is available in their location. It is not easy to strike a balance between affordability, freshness and speed, but the team has done it.

In order to enjoy free delivery from EFMC, you will need to have a minimum order of RM20. Their ala carte Epic Chicken costs RM12.80; while the chicken from KFC costs RM8.70 for two chickens. What gives EFMC a competitive edge is that its chicken is cooked healthier and fresher, so you’re paying RM4 extra for that, which in my books is fairly reasonable.

The food and drinks served at EFMC are made from scratch, including their condiments, sauce, and salad dressing. Everyday the team started prepping the ingredients at 9am. With their slogan, ‘made by day, gone by night’, EFMC does not reuse leftover ingredients.

“The moment when you go into F&B, you can find that you can actually make estimations, but a 5% or 10% wastage is standard for the industry,” Wick Kee explained. They do, however, try to minimise wastage by predicting their customers’ need based on data collected and experience.

The team change their menu every two months, and they serve their food based on what is going on. For instance, last month they served Nasi Lemak pizza. Intriguing by combining two different unhealthy food to become one healthy meal, Wick Kee remarked, “Sambal itself contains a lot of sugar, we substitute the sweetness by using vegetable. ”

Even the “fried chicken” written in the menu isn’t actually fried with large amount of oil, instead they bake the chicken until it has the texture consistency of fried chicken.

Other than being healthy and convenient, EFMC has plans to expand and foodies can expect them to deliver desserts soon. Seeing as their principle is to deliver healthy food within a given time frame, it would be interesting to note in the future how they plan to make desserts healthy (desserts are known to have a lot of sugar, after all).

So far the business has received much positive feedback. They have customers coming from Subang, Mont Kiara, and some even all the way from Sungai Buloh. EFMC currently delivers to Damansara Perdana, Mutiara Damansara, TTDI, Bandar Utama, Kota Damansara, Tropicana, Damansara Kim, Damansara Uptown.

Unlike some healthy food delivery startups, EFMC does not provide any subscription plans, and that is a good thing because customers are not strapped down to their services and they have the freedom to order meals whenever they want. EFMC also delivers throughout the day so you have the option of making an order spontaneously instead of only during lunch hour (read: lunch boxes).