Call Of Duty: Black Ops III Could Be The Game To Reverse The Decline Of The CoD Franchise 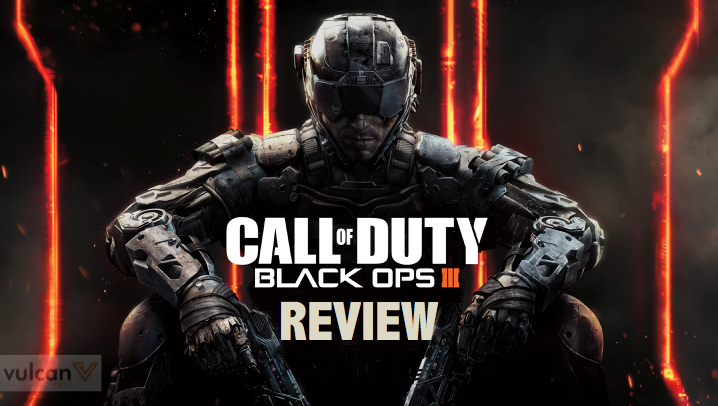 Heads up PC gamers: you might already have access to the Call Of Duty: Black Ops III Beta without even knowing it.

If there is one thing first-person shooter (FPS) gamers look forward to at the end of the year, it’s most likely the latest release from the COD franchise. No matter how good or bad it is, any title from the series is an instant bestseller. Although the sales of the COD franchise has taken a dip recently, Black Ops III aims to reverse this trend.

Call of Duty: Black Ops III takes place in 2065, 40 years after its prequel Black Ops II. Advancements in technology has changed both the terrain and future of human kind, leading scientists to protest such advancements. At the same time, combat now relies heavily on the use of robots as well as the deployment of supersoldiers. In the game, players follow a covert Black Ops team and play as a fighter with supersoldier abilities.

Black Ops III will be officially released at the end of this year. It will include a single player campaign, and of course Zombies Mode, which is a classic survival mode that game developer Treyarch includes in all of its COD titles.

A Beta version of Black Ops III is available for download on the Xbox One and PC. As with all Betas, some lags and bugs are to be expected. The PS4 release was plagued with download and in-game issues, but to my surprise, the PC version was almost flawless.

The game modes included in the Beta are the usual:

Being a Beta version, the game will only include three maps.

At first glance, Black Ops III doesn’t seem all that different from Advanced Warfare or even Ghosts, which were previous franchises under COD. It is no Crysis or Battlefield, but the graphics still look great. Nevertheless, to experience the game in its entirety, you will need to have a fairly powerful rig.

The requirements for running Black Ops III on PC:

All ardent COD fans know that the series prides itself on its instantaneous, fast-paced, run and gun style of combat and movement. It’s honestly difficult to resist sprinting immediately once you are dropped into the warzone. And Black Ops III seems to have stepped its game up a notch with the addition of vertical movement freedom. You can now double-jump, wall-run and sprint-n-slide around the map (as if jumping around trying to 360-no-scope isn’t enough to get you killed). These additions seem to be inspired by other sci-fi games such as Titanfall, though.

Although these features are great, it is prudent to bear in mind that you are not playing Halo, where you have shields to exhaust and insane amounts of health to burn through before dying. COD players need quick reflexes as the difference between life and death is a mere trigger happy kid and a couple of milliseconds. Sprinting and sliding around corners or running around walls is just another way of getting you killed. You are better off watching your corners and crouching from cover to cover if you wish to get a better game score.

Nevertheless, if you insist on being an Olympic gymnast, you will find the instant respawn button useful (I know I sure did, thanks to my rusty FPS skills). Just try not to hit the “F” key to respawn too much.

Firing response times are as quick as ever for the trigger happy, and the recoil of weapons are tuned optimally to enable an enjoyable shoot-em-up experience.

Unlike previous versions of the franchise, Treyarch has added in a new feature that will allow you to choose from nine specialist classes, each with their own unique abilities, special weapons and skill sets. Go here for a description of the specialists that will be available in the Black Ops III Beta.

The abilities that each specialist has will recharge over time, and can be worked towards by gaining points from killing and completing objectives. For most gamers, these abilities can only be used a few times in the game, so use them strategically and sparingly to help yourself maintain a competitive edge.

In addition to specialist classes, the Create-A-Class function will also be around for you to tailor your soldier to your playing style and preference. Killstreaks, weapon paint jobs and explosives are still highly customisable, allowing you to create your perfect soldier in the battlefield.

Although the COD series seems to be on a downhill slope, Black Ops III attempts to break this trend with new and innovative features added to its multiplayer. Is this sufficient? I’m personally not too sure. The new features are indeed interesting, but it may not be enough to fend off competition from other fantastic upcoming shooters such as Battlefield or even Halo. Nevertheless, trigger happy COD fans will find Black Ops III to be a classic experience with a refreshing twist.