How To Be A Pro At Customising Your Android Phone 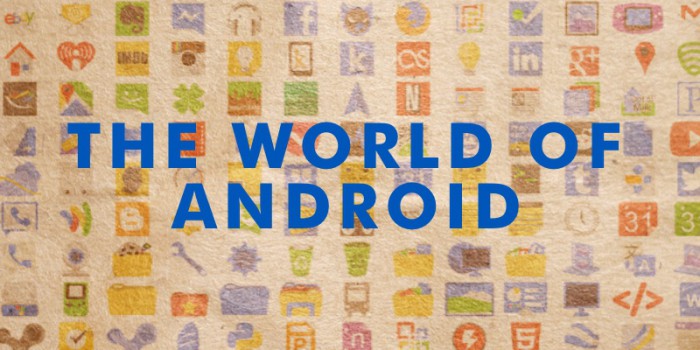 The great iOS-Android debate has been ongoing since pretty much the beginning of smartphones. And I get it now: Apple and its legacy, and Android with its liberty — they’re both pretty attractive phones with solid operating systems. I’m one of those odd people who switched from iOS to Android and honestly, I’ve enjoyed them both.

Perhaps the best thing about Android is how it allows you to customise to your heart’s content. You want to use cute fonts, cute button icons for your apps, or even a whole new keypad? You can. Sure, I had to spend a lot of time Googling “How to screenshot on (Android phone model)” and “How to turn off 4G on (Android phone model)” on my MacBook Air, but learning how to customise my Android phone was the most fun I’ve had with a mobile device. Here’s how to get started.

This was the first thing I changed on my Android phone, simply because the native one was really clumsy. And we all know how important keyboards are — a crappy one would bring you all the way back to the times you had to press six times to get to letter ‘T’. There are a few keyboards out there that are credible: Swype, Fleksy, Google Keyboard — but I picked Swiftkey. It’s a free app, and users can choose from both default themes and paid ones.

In the first few weeks of my using an Android, I didn’t do much tweaking. Changed the keyboard, changed my home screen and lock screen, utilised the fingerprint sensor, downloaded relevant apps and cleared the irrelevant pre-loaded ones, and that’s it.

But then the mood to mod(ify) kicked in. Like the keyboard, there are many launchers out in the market to choose from; Nova Launcher and Action Launcher are some user favourites. I settled for Themer, which was dubbed the custom launcher for lazy people, a.k.a. people who just made the switch from iOS and want to take the path of least resistance.

Incredibly simple to use, I had unlocked a myriad of attractive looking themes. All you have to do is pick a theme on the catalogue and hit ‘Apply’. While I mulled over whether to use a mountain-themed one or one with a super sleek and minimal interface, I realised that I could pretty much switch themes anytime I wanted. I must warn you, though, that there’re a lot of pretty themes so it’s probably gonna take you some time customising.

Top off the customising game with a bunch of cool icons to match your personalised theme. Personally, this is my favourite part of the Android makeover session. From standardised round icons to something minimalist, and vintage to 8-bit art, there’s an icon pack for everyone, it seems. Most icon packs are compatible with Android launchers but do check before purchasing.

Tip: it’s better to stick to a design or pack that is timeless and goes with your interface style, because icon packs don’t usually come free!

For the more design-inclined, this would greatly benefit your eyes. Declutter the app homescreen of your phone by adjusting the size of the icons and limiting the number of icons on the screen. If you want to fill the entire space, that’s okay as well. Flexibility is one thing Android excels at.

The fonts on the phone don’t cut it for you? You hate the pre-installed cutesy fonts and are looking for something more sophisticated? Yes, you can download your favourite fonts for Android — but not for free, and it kinda depends on your phone model.

Simply check your ‘Display’ options under ‘Settings’ and you can find the font options available for your phone. Getting WhatsApp messages and reading your emails on the go in Helvetica Neue is pretty darn cool, I must say.

Go into the abyss

If it’s your first time using an Android, spend some time checking out the native apps. Some Android models even come with pre-loaded apps exclusive to the phone. If anything, the Android OS is full of utility — one look at the notification centre and you’ll find quick and easy access to settings like Wi-Fi networks and Bluetooth connections.

If flexibility and customisation is something you seek, playing around with the Android is bound to be heaps of fun. It can get crazier if you use the Android phone as an automation machine; this means that you can control actions like which song to play as you step out of the office, or muting your phone instantly when you place it face down.

Yes, it’s all very advanced, but for now, let’s start with having a beautiful looking phone — without having to own an iPhone.

Also Read
WhatsApp Blesses Us With The One Emoji We Truly Need—But It’s Only On Android
Categories: Products, Lifestyle, Serial App User, Geek, Tools and Tips