Kintsurukoi: How A Mobile Game Taught Me To Fix Pots — And Also My Life 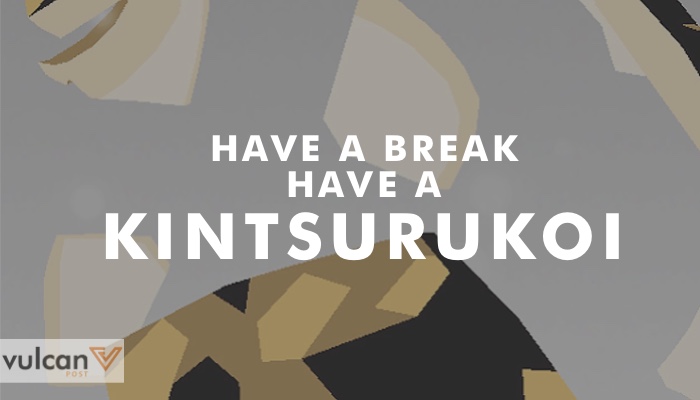 The Zen masters say we shape clay into a pot, but it is the emptiness inside that holds whatever we want. Wow, deep right? Being Zen is so perplexing — something I tried researching after I picked up Kintsukuroi, a free Android mobile game where you put together broken shards of ceramic to make something whole again.

The name Kintsukuroi comes from the art of kintsugi, an aesthetic style that takes fractured, broken ceramics and fixes them back using resin mixed with precious metal — usually gold. It’s making the repair of an object a visual part of its history, not something to be disguised (like using elephant glue, for example) — very deep, very meaningful stuff.

Of course I was skeptical about the whole artistic movement. My usual protocol when things are broken is to throw them away, or suck up all the pieces to be lost forever in the vacuum (or until I have to change the bag), but here, there’s an actual discipline dedicated to repairing things. Respect, man.

Even the gameplay itself made me suspicious. Playing open world games all the time have spoiled me with riveting storylines, multi-faceted characters, changing landscapes — and there was always a guy to kill in stealth mode. But now, what is this? No side quests, no weapon holster; just clean white backgrounds and only one task: to fix things.

The pretty puzzle game features 20 levels, 2 game modes, and soothing original music. Thinking I’d unlock something cool as I conquered each stage, I played Kintsurukoi with the voraciousness of a child being told he could eat cake for breakfast. Level 5, no signs of unlocking anything besides the next level. Level 10, still nothing. Level 15, why am I still playing???

But when Level 20 brought me back to the landing page where I could see all the beautiful vases I had reassembled, I began to learn my lessons.

Not Just A Game

There are only so little moves you need to utilise in the game. Do a 360º to inspect the vase you need to fix, and rotate the broken pieces so you can drag them to the body of the vase — it’s that simple. The end result? Some very pretty pieces that if it were real life, I’d proudly display them on my rustic Victorian fireplace mantel for esteemed peers to see. I got annoyed at first by the smallest things — how difficult it is to tap on the pieces to get them to rotate, how some pieces are harder than the rest…and why does it only have 20 levels???

I moved on to the timed mode and failed spectacularly, often going way beyond the time limit. I gave up and went back to the standard play to replay all the levels, thinking, “I can play it any pace I want, dammit.” At Level 11 when I was filled with a sense of calmness and serenity, it hit me. This whole game isn’t just about aesthetics and art. At my own will, I was also exploring and experimenting with the broken glasses, the 20 levels, and the other modes before I settled down, contented with myself and the game.

Chelsea Saunders, the maker of Kintsugi asked herself what she was looking for in a game and came up with: creativity, relaxation, exploration, narrative and productivity. And damn has she nailed it with Kintsukuroi. Yes, it may seem simple in the beginning, but it is much more that that.

Before, my idea of Zen was drinking a lot of green tea, putting on a face mask, and telling everyone you’ll do whatever they want you to do much, much later. But Zen is no glorified calming ‘me-time’, it’s about finding mindful awareness about the present moment that would help you be more balanced, more positive, and exude the energy to benefit others — just like this one guy said, ‘Be the change you want to see in the world’. Man, just look at all these lessons I’ve learnt from just one simple mobile game.

But now that I’ve tasted the purity of Zen energy (zenergy) through the porcelain vase that runneth over, I now know that fixing digital pots are actually metaphors for putting your life back together. And though the cracks may show, that’s exactly how you let your inner light shine through. Namaste, bitches.

You can download Kintsurukoi on the Google Play Store.