Team Asterisk vs The World: Singapore’s Own All-Female Gaming Gang 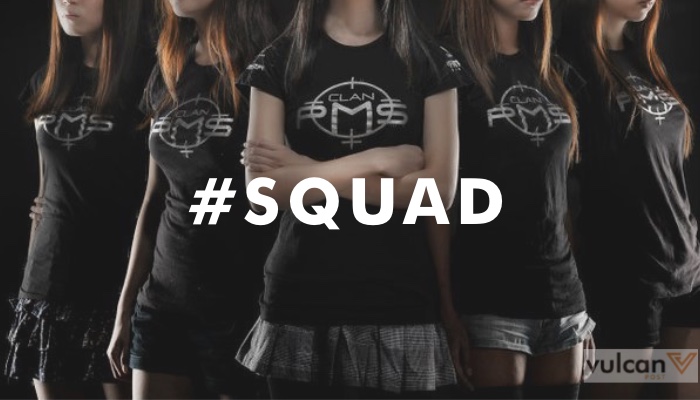 In a 2015 report on the Computer and Video Game Industry, the Entertainment Software Association found that female gamers make up 44% of the demographic. So chances are, you’ve probably gotten your ass kicked by a girl before in DotA or Counter-Strike — it’s highly possible.

And that’s what Team Asterisk* are pretty well-known for. Formed in 2005 by Tammy Tang (gaming alias: furryfish) and Dawn Yang (pinksheep), they are known as the world’s first all-female DotA team. Together, they’ve won a couple of tournaments — and even have their own Wikipedia stub. Legit.

Dawn has since retired, but these days, Asterisk* has expanded into an organisation that provides event conceptualisation and management, as well as talent management services — all while maintaining their various eSports teams. It’s a great role for them, as a bunch of gamers who really understand the gaming market from a consumer and commercial standpoint.

But if you think it’s just games and gaming that they do, here’s something you might not know about these girls. Some of them — including ex-members — have been, and are Singapore Airlines cabin crew members, too. Tammy, Eliza (gaming alias: msjovial) and Kimberlyn (kimchi) also practice pole dancing as a sport “and are insanely in love with it”. Apparently, Eliza is the Asterisk* member with the most varied skills: apart from being a certified nail artist and graduating with a diploma in pastries and baking, she also plays the guitar, sings, and has a background in art.

And if they sound busy, you bet they are. With their schedules, it was a wait until their responses were received — with non-elaborative answers. These girls are as tough in gaming as they are in real life.

Online, it’s a battlefield when you’re playing games like DotA, and the girls are well aware of this. They face haters and trolls all the time, but insist that the numbers are declining. “People used to make fun and diss at us for being females and playing the game. There was also this guy who used to always make negative comments on all our Facebook statuses,” Kimberlyn shared.

The girls overcame that by sticking to the game, focusing on their goals, and ultimately proving the trash-talking haters wrong. She adds, “The best way to handle these haters would be to ignore them and not give them any satisfaction. After all, don’t feed the trolls.” And the opposing team’s heroes (a DotA reference).

Offline, Team Asterisk* is doing their best to show that gaming is serious business. They are glad that eSports has evolved a lot over the years and is not as frowned upon as compared to the past, but it is still quite tough to convince the general public of its potential.

They also believe that gamers have to understand their responsibilities and not blindly play games and end up getting addicted — which is why they are ambassadors for the Cyber Wellness campaign initiated by the Singapore Cybersports & Online Gaming Association (SCOGA).

The Gaming Scene In Singapore

Public appearances, sponsorships by SteelSeries and Alienware, recognition from the media — it might all seem very glamorous, but Kimberlyn says it is otherwise: “There actually is a lot of hard work behind the scenes. Professional gamers train up to 12 hours each day and most of them now have professional gaming as their full time job. There is also a lot of social aspect when it comes to playing the game well, like time management and team communication.”

While competitive gaming and eSports is picking up here, it’s going to take some time before it reaches the scale it operates on in other countries. Singapore and Southeast Asia still has quite a distance to go in terms of recognising eSports as a viable career option, and official support for eSports is still lacking. Kimberlyn and her team are focusing on creating a developed gaming landscape and system locally, which will aid gamers in choosing their path.

The prize pool for DotA tournaments are stuff dreams are made of. There is even a website to keep track of all that sweet, sweet cash one can stand to win as champion: as it is, the prize pool for The International tournament this year is $18,429,613. You better believe it. “Hopefully, we will be able to produce more local gaming talents and have large scale gaming tournaments held in Singapore consistently,” Kimberlyn says.

Recently the team has been busy with auditions — for some fresh meat. What are they looking for? Gamers who have the passion and drive to be part of of Asterisk* and want to improve their skills personally. “We also understand that the number of females gaming have increased over the years and we want to encourage these girls to step out of their comfort zone and strive to improve. It is also a good chance to get like-minded females gathered together to build the community,” Kimberlyn said.

Kimberlyn adds that Asterisk* hopes to give gamers a source of income and make it a more sustainable industry, as well as inspire gamers — especially females — to treat gaming more seriously.

I come across a website during the course of the interview — ‘Gaming As Women’ — a collection of articles on womanhood, feminism, and gaming. It’s all serious and no-nonsense; a little stifling for a subject so fun. An article I browse through details how a gamer lady should be treated. It dishes out rules like how you should talk to her in-game, and post discussion. I bat an eye. Really? Surely we don’t have to be reminded of general things like “Accept all sides of her” or “Do recognize that her taste is individual, just as every one else”?

I ask what some stereotypes of girl gamers there are out there, and how Team Asterisk* is combatting this. Their reply is curt: “Not going to answer this.”