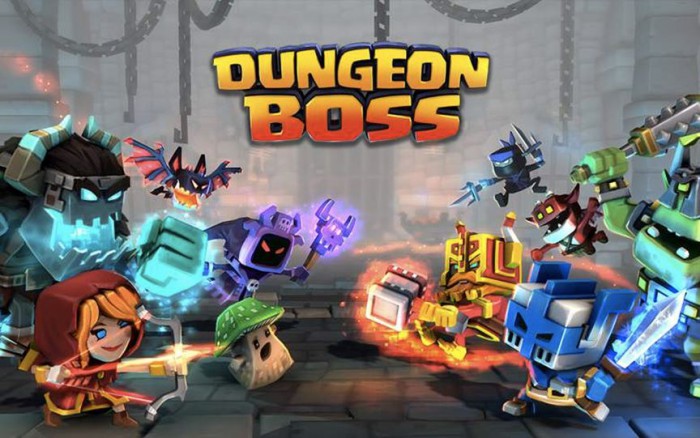 Who’s the boss? You’re the boss! The latest from Big Fish Games features an extremely quaint RPG mobile game where you summon, train and collect heroes to make the best dungeon-bashing team!

The gameplay is very straightforward and there’s no doubt you’re going to understand it the moment you pick it up to play but we’re here anyway to help you out with some tips to keep you owning those dungeons, like a boss!

Kill all Evo Eggs on sight!

Every so often you’ll run into some Evo Eggs in the dungeon, the type of Evo (whether it’s blue, green, red, etc.) will be dependent on the dungeon, which they’ll let you know before you start a raid. Evo Eggs are the essential ingredient to evolving or ‘ascending’ your heroes and you can see the requirements needed in their ‘ascend’ tab.

It’s important to always kill any Evo Eggs that you run into first because they’re prone to running off if you let them live too long! Focus on replaying levels to collect as much Evos as you need to ‘ascend’ your character.

Always try and take advantage of the elements by looking at the enemy list before entering a dungeon to plan out which Heroes to bring along with you. Focus on exploiting weaknesses in the enemy line up and reducing your own.

Heroes can be summoned with coins, gems or scrolls, which you can earn or purchase as needed. Summons for coins and gems are also refreshed and will go free every so often, so keep checking back for some free summons.

With the gem and scroll summons, the Heroes will generally be more powerful with either a 3, 4 or 5 star Hero. Unfortunately they will also be at Level 1, which is then a great time to use your potions opposed to having to grind them manually.

Potions are easily acquired and you’ll probably earn quite a lot of them without even trying. Save these potions for use on your new Heroes opposed to using them on your current party, which you’ll be leveling up in the dungeons anyway.

All that Glitters IS Gold

While you’re in the dungeons keep an eye out for glittering items in the scenery. Tapping on it will generally lead to the acquisition of gold! Easy as that!

Attack the weakest enemy first so that you have as few enemies standing during their attack turn. Also if they’re there attack healers first to prevent them from undoing all the damage you’re dealing.

So that’s about all we have for Dungeon Boss! Needless to say you should keep upgrading your characters whenever you can and use only the strongest to defend your own dungeon. You can download the game from the Google Playstore and Appstore. Good luck, Boss!