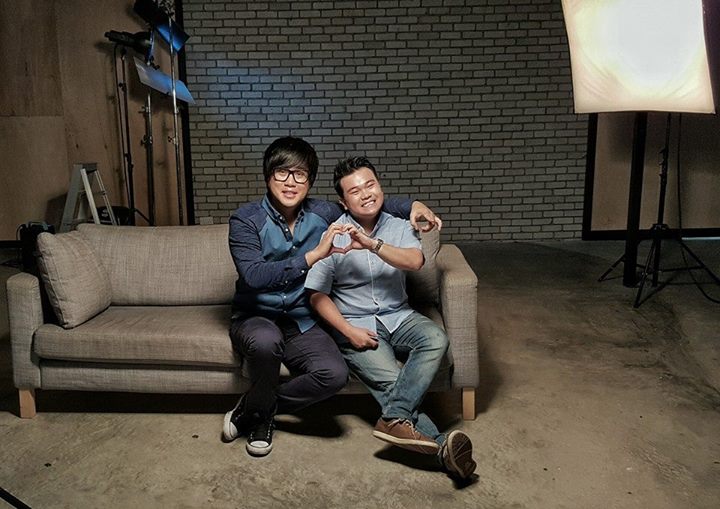 Jinnyboy aka Jin Lim is no longer a stranger to us in the Malaysian YouTube scene. Most of us have seen his comedic videos on his YouTube channel JinnyboyTV which he co-founded with his partner Reuben Kang. They both started the YouTube channel in 2012. To-date, JinnyboyTV boasts of over 563,000 subscribers and has garnered more than 74 million views.

Before they started venturing into the film-making world, they began with uploading video interviews of YouTubers from overseas such as Jayesslee (the twins from Australia who are well-known for their cover songs). Their debut short film “Ah Wing Wing – Malaysia’s Number 1 Salesman” hit over 100,000 views in the first four days and that paved Jin’s desire to keep making videos through the channel.

Following that JinnyboyTV has also won a Digi WWWow Award in 2012 for their video My Generasi. Earlier this year Jin was nominated in the Nickelodeon Kids’ Choice Awards for the Favorite Asian Act category.

Being one of the pioneer filmmakers in the local YouTube scene, their achievement has certainly made them a true role model for the younger generation who are interested to pursue a career within the YouTube industry. Here are five valuable lessons in the creative business from the YouTube sensations.

1. Don’t try to make it big in the industry, just do what you love.

Jin mentioned that it has always been his passion to tell stories and make people laugh through film. Same goes with Reuben who always had a strong interest in film and storytelling.

Initially the duo never had the intention to make JinnyboyTV to be an actual YouTube channel. During an interview with Quit Job, Life Life, Reuben said that the channel came about was rather accidental.

“Jin called me up to shoot a script he had in mind, just for fun; and after our first video, we had several requests of doing more videos.” The duo were amazed to learn that their video has led to several thousand of subscribers. Following that they also got to land a numbers of business collaborations. Jin said, “We will keep making videos because we love what we do,” said in an interview with Meld Magazine.

2. Stay true to your brand positioning.

Most of JinnyboyTV videos are inspired by everyday life. Their channel brings local stories as well as Malaysian humour to the digital realm, producing awe-inspiring short films to people around the world.

One way to make a living on YouTube is via traffic. To earn money via YouTube, your video has to generate a lot of views. It is possible, but sometimes YouTubers find it hard to live off their income without doing brand collaborations (clients approach YouTubers to promote their brands though YouTube videos).

It may sounds like a good deal from business perspective, but to please your clients sometimes you would need to limit the creativity of your video. Therefore many YouTubers decline to entertain sponsors. Jin shared during a talk in Taylor’s College that JinnyBoyTV rejected sponsors for three years straight.

“I know a lot of artists who are superb at their art but they don’t know the business aspect of it, which is really important,” Reuben remarked during the talk. The duo later realised that they could still let their story be the main content although the videos are clients’ videos. That being said, did you know that “The Rose” and “Camera Fails” were actually for clients?

3. Be pragmatic about making the big leap.

Reuben is one of the TV hosts of Astro Football Overload and he works as a lecturer at IACT. This year he took up a new challenge of running a café with fellow YouTuber Jared Lee and Marianne Tan. Jin recently resigned his job as a radio announcer after being on radio for almost 8 years. The reason is because he wanted to focus on YouTube full-time to create more videos for the viewers.

When Reuben was asked for some words of encouragement for people who would like to quit their job and pursue their dream. Reuben had this to say, “That should be the end goal if you believe you would perform better on your own. But you should always be pragmatic about making the big leap. I have seen failed ventures before and what’s important is to have that balance of passion and pragmatism. And continue to have that passion on what you do and never stray away from your initial intention of why you’re doing this in the first place.”

4. People from all backgrounds can be a filmmaker.

Apparently, to be a filmmaker in the YouTube scene you don’t have to study and graduate from film school or intern at a top entertainment company like Warner Bros. Reuben came from Broadcasting background but as for Jin, despite being a filmmaker, Jin is not associated with a filming background. Jin studied marketing and advertising at Curtin Univeristy. Then he returned to Malaysia and took up a job at the promotions department of Hitz.fm. Later on, he was offered a gig as a radio announcer.

When an Ask.fm user asked him what course to took to be in the same field like him, Jin answered, “Be yourself and excel in what you do best. If you’re passionate about something you’ll learn it yourself with no million dollar degree. I never studied film.”

This shows that regardless of your education or background, you will have a fair shot in the film industry if you have the hunger and determination to learn.

5. Don’t be defeated by criticism, cause that is what makes you better.

If you put yourself out there, you have to be ready for the good and the bad. People give compliments if they enjoy your work, at the same time, people would make harmful comments, and it could result to extreme destruction of self-esteem; unfortunately this is the harsh reality of the Internet.

During a sharing session, the duo said that YouTube is a “real” avenue, in a sense that people are honest with their opinion. You are able to “like” or “dislike” things.

Having haters may bring negative energy to your life, but they are not entirely harmful to your career. In fact they offer benefits to your career because they are the people who are being brutally honest to your weaknesses.

Following that, the duo wisely said, “But don’t be too discouraged; we’ve found that those who say the worst things on the Internet are often those who tell you that they’re your biggest fans in real life.”