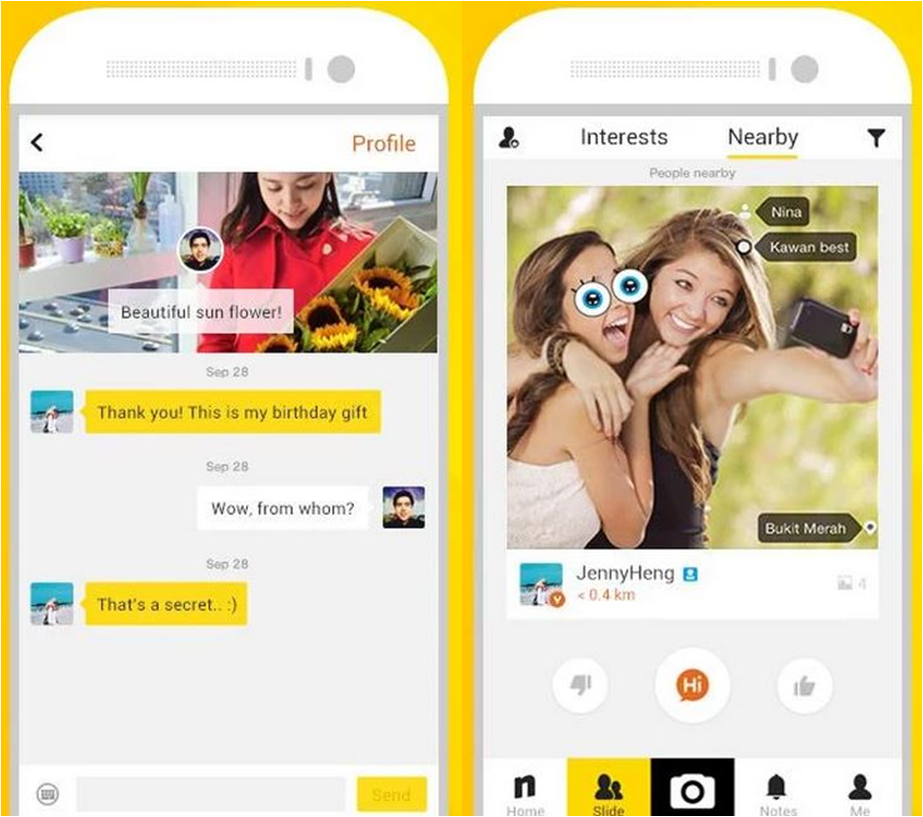 One fine day, I was asked if I would like to check out a nice app. I thought since I didn’t have anything better to do, why not? So I asked for the name of the app. I was told, “The app is nice”. Well, that’s all great and all, but what’s the name? “Nice”.

Yeah, I’m not joking. The app’s name is “nice” and it’s a photo-centric app for both Android and iOS. It’s not a photo-editing app but rather, a photo-sharing app similar to Instagram.

The application known as ‘nice’, is a picture-sharing social media app for Android and iOS users, similar to Instagram. Unlike Instagram however, their primary focus on features are tags, stickers, and the ability to chat with other users.

I don’t mean the use of a hashtag but rather, tagging on a particular section of a picture and write notes on it. You can tag your clothes, people, locations, or pretty much anything really as you are in control of the tags.

Ever felt like your pictures are lacking a little something to make it worthy of public attention (and likes, loads of likes)? Perhaps the stickers could help spice things up. You can choose stickers of cute animals, cartoony people, and the most notable sticker yet, the minions from ‘Despicable Me’.

Whenever you feel like talking to someone on Instagram, you’ll most likely be commenting on their pictures or replying their comments on your pictures. It lacks quite a bit of privacy and there’s also a chance that you will be spamming other users’ notifications.

On ‘nice’, you can just point to any user and start chatting them up whenever you feel like it. Saw someone’s skillfully edited picture and wondering how you could do the same? Or perhaps there’s someone of interest that you’d like to get acquainted with? Just chat them up and it will all be private.

Still not enough? Need to get to know more people? ‘nice’ allows you to discover users that are near you and you can choose to connect with them by swiping right, or simply move on to another user by swiping left. Sounds pretty familiar, doesn’t it?

When you first start up the app, you’ll be prompted to register. You can choose to register manually or use Facebook, which is way easier. You can then setup your profile with your personal information and a display picture.

So far so good but there’s something only familiar with the user interface. In fact, it looks just like Instagram’s user interface, except with different colours. To the least, it makes the app seem a lot more familiar and therefore, easy to use. On the bottom of the screen, you have buttons that lead to the ‘Home’, ‘Slide’, Camera, ‘Notes’, and ‘Me’ sections.

The Home section is the news feed of the app. You can see updates from people you follow, like their pictures, and comment on them. It’s exactly the same as how Instagram’s Home works. I was hoping for something a bit different here but there are none whatsoever.

The Slider section is where the similarities with Tinder come in. It’s called the Slider because you slide left to ignore and slide right to like the picture. The interesting part is the ‘Hi’ button right in the middle. You can message users that you see on the slider and if they reply, you can start chatting with them.

Essentially, that’s Tinder. You get to connect with anyone that’s using the app, as long as they are willing to connect with you. Sure, the app is about pictures but I can immediately tell what people are going to do with the ‘nice’ app.

After posting 2 pictures, I was quite curious as to how people managed to find my pictures to like. On Instagram, you either have to follow a person or seek them out with a hashtag that they are using to find their pictures. Once I understood how the Slider section works, I felt relieved. I thought I had my own personal stalkers on the loose.

The Camera section allows you to take photos using the ‘nice’ app to be immediately shared on the app. Instead of filters, you can edit the photo with stickers and tags. Although there are stickers that work similarly to filters, it’s not as comprehensive as what Instagram is offering.

Most of the stickers are cartoon characters, including the famous minions. Tags, on other hand, are notes that you add on to wherever you’d like on a picture. It doesn’t actually serve any other functions aside from informing the viewers about a particular matter, like what clothes you are wearing or where you are at the moment the picture was taken.

No offense to the creators but personally, the stickers alone make pictures look ghastly. It’d probably be enjoyable for people who want to spice up their photo with something cute but as a guy who’s almost 23 years old, I can’t be bothered with stickers in the long run. I’d want to be on the app to enjoy other people’s pictures, not something artificially blasted on every corner of a picture.

The ‘Me’ section is your profile, where you can see all the pictures you have shared, the number followers you have, how many people you’re following, and edit your profile. Pretty straightforward stuff here but one thing I found interesting is the likes counter on the bottom-left side of your display picture.

From all the pictures you have shared, the total number of likes you receive will be shown on the likes counter, which is cool but I can’t help but feel like I will be judged by other users by the amount of likes I have… not that it doesn’t happen with Instagram.

Personally, this isn’t something that I would use. I’m more of a words kind of person rather than pictures, which is why I’m on Twitter more than Instagram. I still do use Instagram and I foresee that I will be using it for the years to come but as for the ‘nice’ app, I highly doubt it.

The stickers, tags, and slider are unique features of the app but I personally feel that it isn’t enough for me to keep using it.

But hey, that’s just me. Maybe you should give it a try from the Google Play Store or Apple App Store and see if it’s worth it for you.