The Sam Willows, Uber, And Spotify Come Together Again For A Secret Show Contest 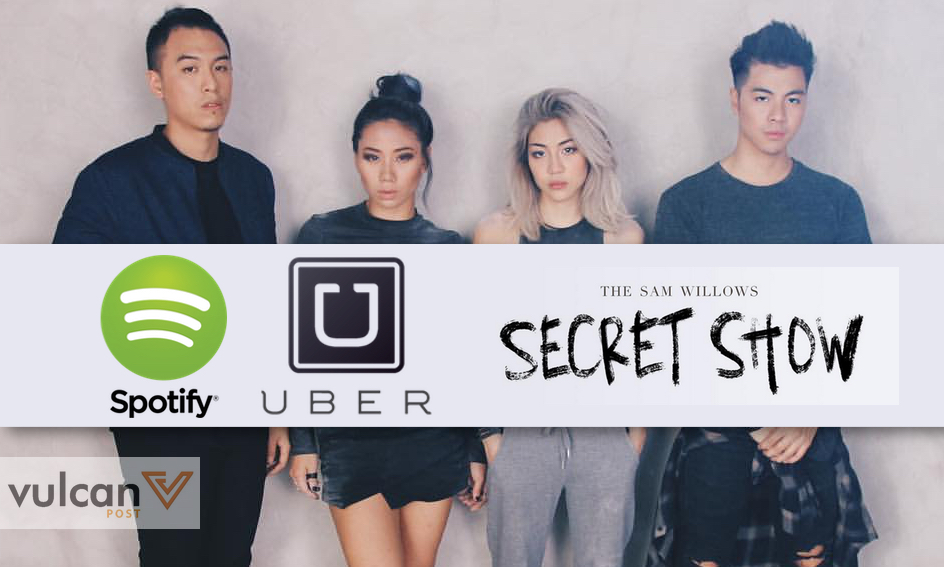 Instagram is the name of the game, and collaboration is the magic that makes it all better. While companies are getting savvier about how they use social media to interact with their loyal users/followers, some of them are playing at a much higher level, and lately that level is Instagram, the social media platform that has stumped social media advertisers everywhere.

A campaign by The Sam Willows is showing everyone else how its done. With a three-way collaboration with music streaming service Spotify, and transport service Uber, they’re bringing their fans a real experience they won’t forget soon. The Instagram contest, aptly titled “The Sam Willows Secret Show”, will give winners access to a private show where the venue is not divulged to the public. To keep the location secret, winners will get a free ride to the show courtesy of Uber.

The Complications Of Social Media Contests

So how does one enter this contest? Firstly, they have to share their latest song, “For Love”, from Spotify on Instagram or Facebook with the hashtag #TSWforlove. Then, they will have to download the Uber app and key in the code “TSWSpotify”.

The contest may seem like a lot of effort, what with having to log onto two separate apps, but the effort people are willing to give is only as great as its prize. With the popularity that The Sam Willows has received of late, having reached number one on iTunes in the Songs, Albums, and Music Videos list in Singapore, this is a band that is likely to garner a large enough of a hype to warrant that level of user interaction.

And let’s be honest, everyone loves Secret Shows.

Coming out of this contest, all the players benefit. Contestants will experience a new hype and exclusivity from the event, the band will gain more air time for their latest album, and Spotify and Uber are likely to see higher download numbers.

This isn’t the first time that these three have come together for a collaboration. The Sam Willows was the surprise act at the UberXSpotify Contest held last year, where they launched the collaboration between the two companies which allows Uber passengers to play their favourite music via Spotify during their transit. And with this year’s secret show coinciding with their one-year release of the feature (coincidence?), it seems that this partnership will be an ongoing one.