National No. 2 Wee Wern Low On Her Fitness Tech Gadgets and 1 Major Lie About Athletes 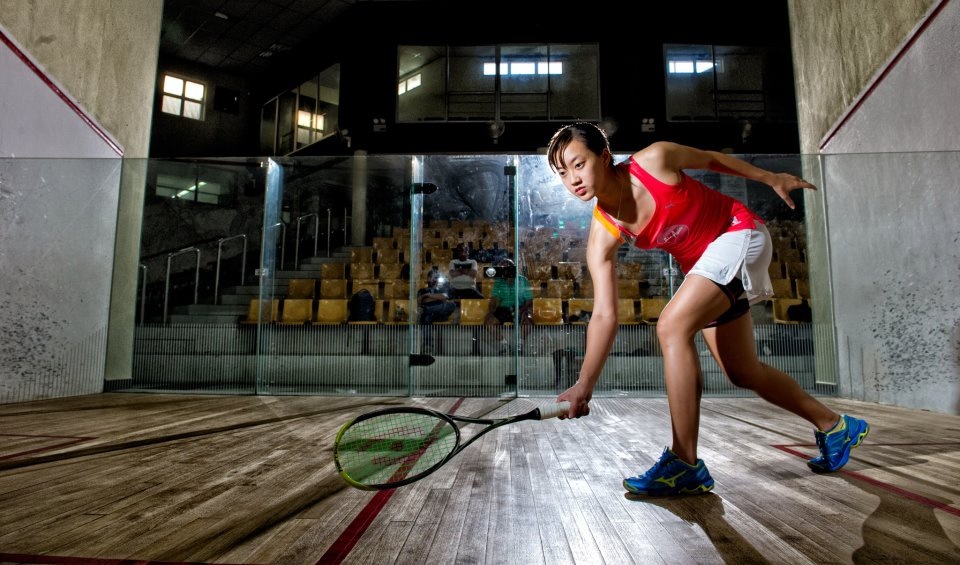 On any given day, before the sun rays enter your window and awaken you from bed, it is very likely that Wee Wern Low is already up and getting ready to head out to the Penang International Squash Centre. “Being a full-time professional squash player is basically my life. It has taught me to be self-discipline, persistent, goal-driven, and so much more. Of course I had to sacrifice a lot of my social life to fully dedicate myself to my career, but it is worth it,” said the 25-year-old professional squash player, who usually trains for 6 days a week, since she was 11 years old.

Sundays is a massive rest day for her, as just like most working professions, Wee Wern takes time off playing squash. Wee Wern ensures that she fully makes use of the day to have a good rest and do things that she likes.

“I enjoy going for brunch and coffee on a Sunday by the beach, followed by some grocery shopping and making dinner! I don’t have the time to cook on weekdays as I finish training about 7pm daily. However, I do cook most weekends.”

The Rise Of The Squash Queen

Wee Wern’s accidental stumble into sports started when she was at the age of 8, as she described, squash was more of a hobby at that time. “It was more a weekend activity than anything else. I was a pretty active kid so at the age of 8, my mum gave the option of picking up squash or tennis over the weekend, and I innocently picked squash. That is how it all began.”

When I first saw Wee Wern, the first thing I noticed was her strong and tone shoulders, which is a perfect physical depiction of determination and hard work. To fully focus on her career as a professional athlete, she even took the brave step of declining the chance to pursue a degree in the States. She told Vulcan Post, “I chose this path, this career and I will make sure I do everything possible to make my career the best it can be.”

Being in the sport industry for almost 8 years, Wee Wern has had quite the career as a professional player. The national number two is currently ranked number 7 in the world, and some of her achievements include being a 3-time Asian Junior Champion, China Open Champion, and Asian Games Gold and Silver Medallist.

Her ultimate goal in squash? To be the world champion and the world number 1 squash player.

Of the many misconceptions about being a professional athlete, perhaps the most pervasive one is that they are rolling in perks—sponsorships, travel opportunities, and allowances. This is one myth that Wee Wern was more than happy to debunk.

“Flying is such a chore (we always fly economy) and when we get to a country, dealing with jet lag, weather conditions, changing of hotels, training, food, performing at a tournament and sometimes even flying out on the same night the tournament is over is a challenge! We don’t normally have the luxury of trying out new food, going to the landmarks, sightseeing, and so on!”

Preparing For War On The Court

Wee Wern spend most of her workout sessions in the court and she also heads outside to run once a week. Apart from that Wee Wern enjoys playing other sports, such as table tennis, badminton and even floorball.

Speaking of the fitness gadgets she uses, Wee Wern remarked, “I am currently using the Garmin VivoActive with the HRM. It tracks my running, swimming, cycling both indoors and outdoors. Also the number of steps and the distance I cover on court daily.”

On top of that, she uses the Garmin Connect mobile app to support her Garmin smartwatch, Nike Training Club for running and MyFitnessPal for tracking food intake.

Every athlete is different when it comes to pre-match routine and dieting. For Wee Wern, she keeps things simple. Apart from drinking 4 litres of water to keep her going, she told Vulcan Post, “I would have a light practice session in the morning, stretch, have my meal of either rice or pasta 4 hours before match time, take a 20 min nap, have a coffee and a snack 2 hours before my match.”

Speaking of food intake, the Penang-born Wee Wern gets excited and she did not forget to share with us her favourite local delicacies. “There is so much to choose from! I can’t pick one but I am not a fan of laksa though… It would be char koay teow, nasi kandar or oyster omelette!”

More Than A Player

Currently Wee Wern is dipping her feet into the entrepreneurship scene as she just rolled out a campaign on Indiegogo to raise USD$20,000 for a website that will help her fans access and experience all the perks that she often receives from sponsors, while providing a platform for sponsors to market their products and services.

Wee Wern said that she receives a lot of questions from fans about the new products she uses, how it benefits her, where can they get the product from, and so on. Thus this website aims to share with her fans these information directly and even give them valuable discounts for the products that they’re interested in.

Wee Wern also shared with us what she would do if she were to leave the squash industry. “My goal in the long run is to manage other athletes or even celebrities in securing endorsements and using this amazing platform to build their own legacy.”

The campaign started on September 10 and will last for another 33 days. If you would like to support’s Wee Wern campaign and help her to evolve the endorsement industry, click here.

All images are taken from Wee Wern Low‘s Facebook page.

We bring to you health and fitness enthusiasts to introduce the apps, websites, gadgets, and tips that they use in their daily lives. If you’re feeling motivated, come on and #GetFitWithVP! Should you have any stories to share or would like me to feature any personalities, feel free to contact me at jean@vulcanpost.com, or hit me up on Twitter (@jeannkhoo).