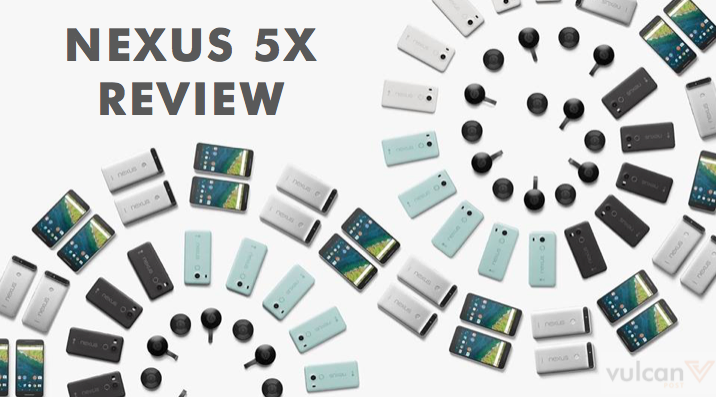 Google has finally introduced the latest additions to their Nexus line — the 5.2-inch Nexus 5X and the 5.7-inch Nexus 6P.

As a fan of the Nexus line, the newest incarnations are a welcome addition to their Android collection, particularly after the detour that Google made with the launch of last year’s Motorola-made Nexus 6.

But let’s focus our attention first on the Nexus 5X, a powerful Android mobile that fits snugly in your hand and goes easy on your pocket. The device is available, contract free, for less than US$400 (where last year’s Nexus 6 was starting at US$650.)

But what can the compact and more affordable Nexus 5X get you for the affordable price of US$379?

The 5X bears the familiar Nexus look and feel, but updated and distinctly modern. The 5.2-inch display makes it easy to navigate with one hand, despite the fact that it’s taller and wider — this is mostly because it’s thinner than its predecessor.

It results in a chassis that perfectly maximises screen real estate, but still feels grippy in your hands. The shell is made from polycarbonate and sleek metal, giving it a lightweight but durable feel.

Nexus has also expanded on its colour options, adding a light blue to its usual black and white selections. The screen sticks to the ever-dependable Gorilla Glass 3, which might make anyone obsessive enough about nicks and scratches to put their Nexus in a protective case.

Now for the display

I find that a 5.2-inch display is pretty much the standard for usable smartphones. Big enough to consume media comfortably, yet small enough to navigate with a single hand. It uses IPS LCD screen technology and has a 1920 x 1080 resolution, resulting in a bright and crisp screen.

The 5X inherits the Ambient Display feature from the Nexus 6, where the phone wakes up with a subtle notification screen when picked up or when a new message arrives. It also now features the Nexus Imprint, which is really just a fancy name for the phone’s biometric scanning feature and meant to help you keep your phone secure. This is found on the back of the device below the camera, and is accurate, fast and very easy to set up. Compared to the typical biometric sensors on say, the iPhone 6, the Nexus 5X’s is definitely faster.

One noticeable difference with the 5X is the phone’s use of the USB Type C connection, which basically renders all your cables at home useless. But it’s a small price to pay for a port that is more convenient and faster charging.

Under the hood, the Nexus 5X runs on a Snapdragon 808 processor with a hexa-core CPU and 1.44GHz quadcore chip combined with a 1.82 GHz dual-core chip and 2GB of RAM. The latter spec makes it lag behind similarly sized phones, which typically feature 3GB.

No provisions for microSD slot either, which has been a standard for most Nexus predecessors. This means you’re mostly reliant on either the 16GB or 32GB option — not much, if you store your life on your phone.

Still, the phone performs really well even with its lagging RAM specs. And given that it runs on the newest Android Marshmallow, it seems to be working smoothly, drawing from the benefits of the new OS such as improved battery life and more efficient internal management of the OS.

There’s only one drawback…

…and it’s a big one: battery life.

Thus far, I’ve always been pretty proud of how my Nexus phones would still be alive and kicking after my friends’ iPhones have long gone to sleep.

Not the case with this one.

Bad battery life is something that we’ve all had to live with since smartphones were introduced, but the 5X takes the cake for being exceptionally bad, not even reaching the end of the work day with a smidge of juice left.

It packs a 2,700mAh battery, which is standard for most phones its size, but the LCD does tend to take a lot from the device. You could start the day at 100% and be at 35% by mid-afternoon — and that’s just with moderate use and low screen brightness.

As far as first impressions go, this isn’t the best.

For the price you have to pay and the impressive specs? Battery life is something that you can easily remedy with a portable charger. So far though? Not a bad choice.

Watch out for our hands-on review of the Nexus 6P!