New Game “Emily Is Away” Will Throw You Back To MSN, ICQ & All Your Failed Teenage Loves 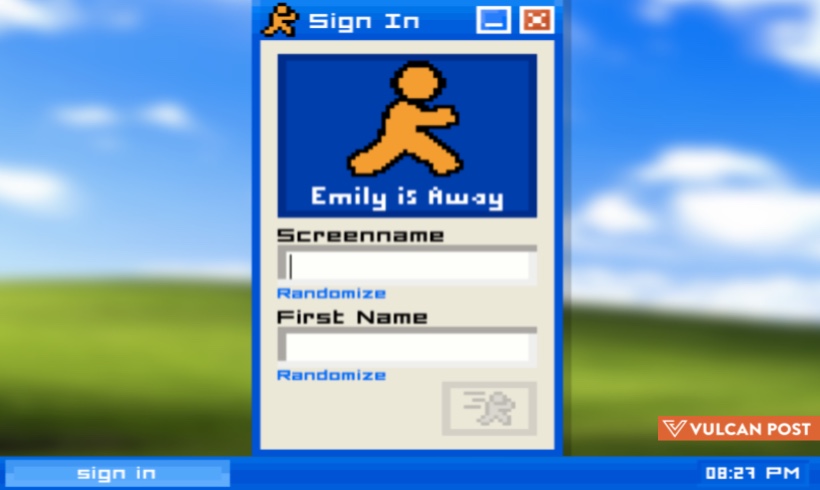 There was a time when there were many ways to say ‘hello’. “Hey sup” showed that you’re unflustered about communicating online and had a dozen live chats going on simultaneously — you like talking to people but hey, it’s important to stay chill. “Hiiiiiii” was the loving cry of two best friends who hadn’t spoken to each other in… three hours. “Hello!” was the nervous girl replying to a crush. Ah, that was a time when the crux of teenage communications lay in MSN Messenger/AIM.

And Emily Is Away will bring back all the nostalgia of those awkward days when teenagers learnt to deal with stuff online. It’s a text-based, narrative-driven and interactive simulation game involving a girl named Emily. You can choose to try and date her, or simply be her friend. It’s an apropos game to come out at a time when a teenager is going on a rampage about the unreal life of social media or reports of the rise of ‘sexting’ in Singapore teenagers. Come, let jiĕjie bring you to a time when telling a girl you like Snow Patrol meant more than a dick pic.

A Journey Through Time And Pop Culture

One thing I like about the game is the authentic elements of being on a web-based chatroom. From the pixel-art graphics to the real whirring and humming sounds our Windows 98 processors used to make — this game captures it all. Upon starting the game, you’ll hear the all-familiar desktop sounds and clicks and the notification tones indicating someone has just messaged you.

The game spans the years 2002 – 2005, and as time passes, your interaction with Emily, your ‘best friend’ changes too. Emily Is Away also does good when it comes to referencing popular culture during the year the interactions occur: you first talk to an Emily who has a Coldplay icon as her profile picture, but by the time you last talk to her, she’s into Death Cab For Cutie.

As for yourself, you’re allowed to choose from album covers by Justin Timberlake, Beyonce, Linkin Park, Eminem, and movie title icons as your profile picture — props to the creators of the game for including Eternal Sunshine Of The Spotless Mind, the movie that changed the lives of many impressionable adolescents and put Alexander Pope on the map.

Emptiness… So Much Emptiness

In the short time I played Emily Is Away, a lot of feelings happened. I found myself going from being chill and corny to “WTF Emily what did I do???” mode. At one point, there was nothing to say but…goodbye. Play the game twice and make different choices in the second run — you’ll feel equally perplexed and frustrated. And perhaps you’re meant to.

The game, after all, is testament to how, for many of us, online chatting was a huge part of growing up. It was our first brush with technology and communicating with friends, and crushes. It was only normal that strange things happened: behind our computer screens and the facade of online personas, we dared to say things we wouldn’t in real life, we forgot how to bring bonds we forged online to the real world — it’s mixed signals everywhere and it can drive a young healthy person with hormones nuts.

Technology has allowed us some means of social connection that would have never been possible before, and has helped us maintain long-distance friendships that would have otherwise fallen by the wayside (like with Emily), but the fact remains that it is causing us to spread ourselves too thin. It’s also slowly ruining the quality of social interaction that we all need as human beings, ruining the friendship/whatever-ship you’ve established with people.

If anything, the game is a great way for you to reminisce about the Internet of years past, or, if it’s your thing, creep on the profile pages of the people in your chat group. There’re short bios and song lyrics, super cringey stuff and the beginning of how people tend to share too much information online. Also, WTH Brad.

Also Read
I Played An Entire Game On Twitter, And It Is Made Out Of GIFs
Categories: Entertainment, Geek, Gamer