What 5 Celebrity Entrepreneurs Can Teach You About Customer Experience 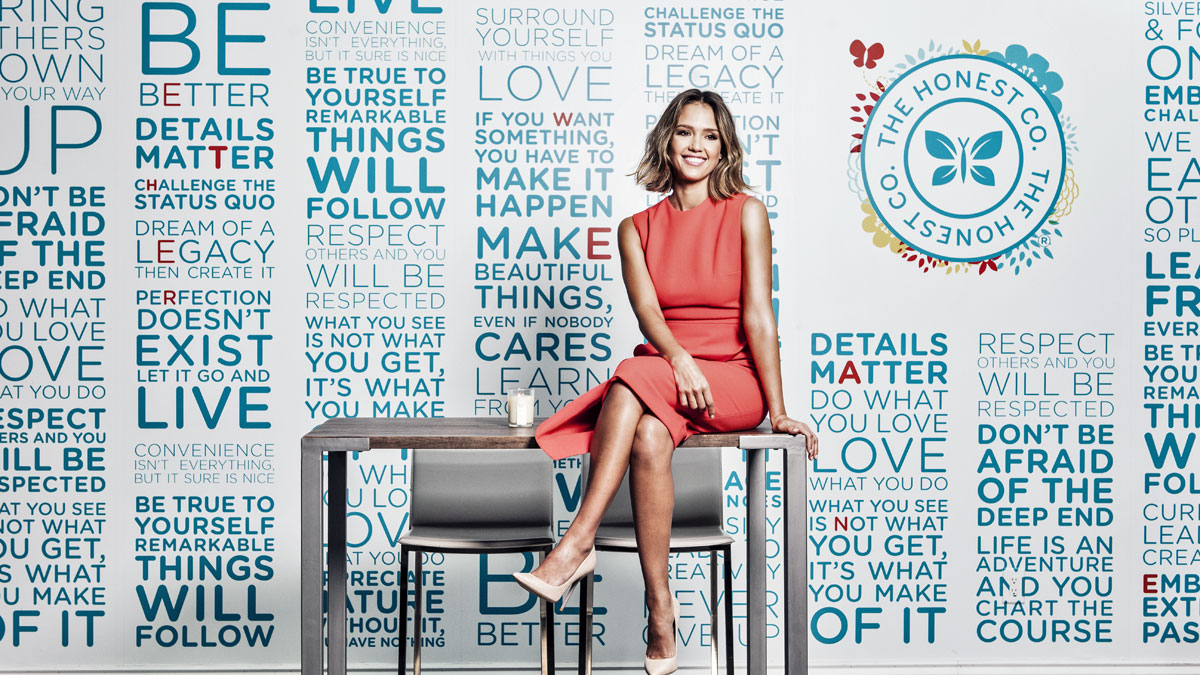 In the world of business, no matter what market you enter, it can be tough to succeed without some key differentiators to help your company stand out from the crowd.

That’s undoubtedly one of the reasons why so many popular celebrities’ side businesses end up succeeding. Of course, the “star power” of actors, musicians, and sports heroes has always been used to market products, but there tends to be something extra going on in the businesses personally founded and operated by celebrities themselves. And somewhat ironically in a realm typically associated with superficial appearances, it all might boil down to a little word called authenticity.

Let’s take a look at a few of the celebrities whose businesses are being built on something more than just their fame:

Most know her as the star of James Cameron’s hit TV series Dark Angel, and from movies like Fantastic Four, Sin City and Into the Blue, but Jessica Alba has also become one of the richest women in the business world. This past summer her Honest Company was valued at $1.7 billion!

Her lifestyle brand offers a growing variety of household products that are nontoxic and safe for kids. After struggling herself as a young parent to make safe and healthy purchasing decisions, Alba teamed up with the writer Christopher Gavigan to create a business that would make life easier for parents everywhere. As a result, Alba’s personal care and authenticity radiates through Honest Company’s distinctive brand and customer service experience, as she continually reassures customers that their concerns are precisely her own.

In 2008, actress Gwyneth Paltrow joined the ranks of the celebrity entrepreneurs herself by starting a lifestyle website named Goop. Her intention is to help simplify the lives of mothers and other working women by providing a site where “food, shopping, and mindfulness collide” and “where the ever-evolving intent is to make every choice count.” Paltrow has stated in interviews that she understands those struggles of trying to balance both career and family, and she wanted to offer a solution to help.

Her website features an ecommerce shop for fashion, food, home décor, and more, along with articles offering advice and information catered toward women like Paltrow who can appreciate the challenge of finding a sane work-life balance. As with Alba, Paltrow’s personal experience helps drive the customer experience provided by her brand.

One of the all-time greatest skateboarders has done more than just grind rails and ollie over gaps. Since the 1990s, Tony Hawk has run his own skateboard manufacturing company, Birdhouse, with a large amount of success based on his professional expertise. In addition to that entrepreneurial venture, he’s helped establish a small video game empire with his “Tony Hawk”-titled video game series, which has been producing new titles since 1999.

What seems to be the winning formula for Hawk and other athletes who enter the business world is the ability to bring their experience from their sport to bear on the products they’re creating. Who better to design a customer experience, after all, than an industry’s most passionate and committed customer? Hawk knew exactly what his customers would like and used his wisdom to create his own line of skateboard decks, clothing, and other accessories to offer a better, more authentic customer experience than his competitors.

If there’s one thing that signals authenticity in this world, it’s having genuine passion for what you’re doing, and Kevin Smith’s work delivers it in spades, displaying a depth of geekdom love that couldn’t possibly be faked. So it probably surprised no one when Smith opened his own comic book store in New Jersey called Jay and Silent Bob’s Secret Stash, naming it after two of the most beloved characters from his films.

Besides providing the primary taping location for the AMC reality-TV series Comic Book Men, which stars the actual staff members of Smith’s store, Jay and Silent Bob’s Secret Stash is a paean to true comic lovers everywhere. Its customers enter the store knowing that the products have been stocked and selected by one of the industry’s most famous—and most famously authentic—connoisseurs.

Celebrities have long endorsed cosmetics and fashion brands, but actress, talk show host, author, supermodel, and businesswoman Tyra Banks wanted to do more than be the face for another company’s products. This year she launched her own cosmetics brand and ecommerce site called TYRA Beauty. Her initial product lineup features 14 items that she intends to develop over time, and her training as a graduate of Harvard Business School will no doubt come in handy in helping her company to grow.

Indeed, her business model is as dynamic and versatile as she is, going beyond selling products to actively endeavoring to empower more women to start their own companies as affiliate saleswomen, or “Beautytainers.” Few can surpass Banks’s professional experience in the field of beauty and cosmetics, and her impressive résumé as a businesswoman and entrepreneur leaves little doubt that both her products and her rallying cries to other would-be businesswomen can be trusted.

The Power of Being Real

Having a demonstrable passion for your products, knowing your customers’ needs, and being able to relate to your customers’ experience personally and authentically are some of the strongest possible business differentiators a business can offer. Using the power of fame can help with anyone’s marketing, but adding some undeniable authenticity into the mix may be even more compelling—and a surefire way to provide a customer experience that will make any business stand out from the crowd.

Also Read
7 Bloggers Who Show That They’re More Than A Site With Their Own Killer Businesses
Categories: Entrepreneur

Cooking since age 5, this 15 Y/O M’sian internet celeb chef takes his biz to the next level